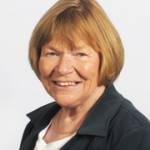 Occupation: Molly worked for 22 years at McHenry County College in its Continuing Education Department where she organized trips and events at the college's conference center. Before that she worked three years at Harold Washington College in Chicago, formerly Loop College. She retired from MCC in 2008.

Molly started at the county historical society after making a birthday visit. A tradition in the Walsh family is that on your birthday, you chose the day’s activity. Walsh wanted to visit to the museum, saying it was one of the first things she did after the family moved to the county in 1981.
Soon, she became involved with the society after working with former director Nancy Fike on a couple of projects.

“Talk about volunteering, my Lord, I think we have over 300 volunteers,” the past Everyday Hero told the Northwest Herald in 2014. “As the county grows, it becomes more and more important that we preserve our history and communicate what our history is.”