You have the power to save small businesses, large silos

Home » You have the power to save small businesses, large silos 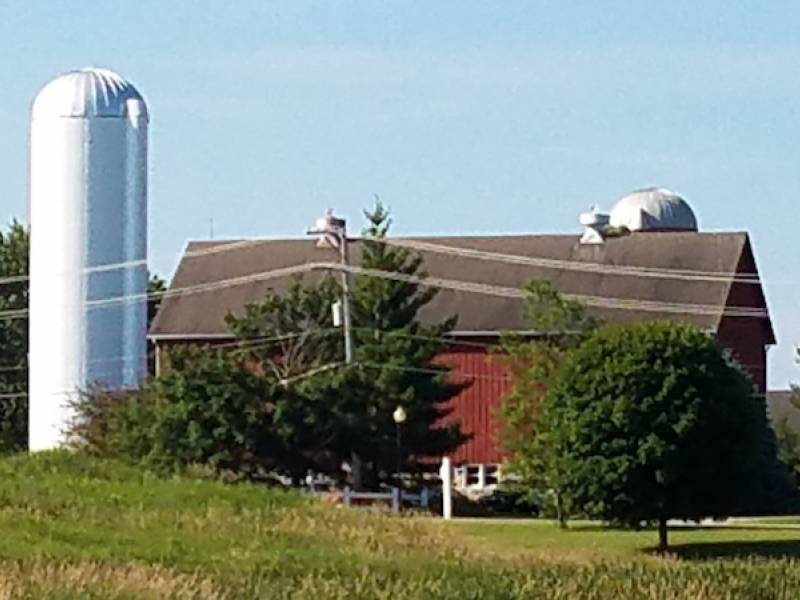 You have the power to save small businesses, large silos

This has been a year of economic body blows, especially in Illinois, where ongoing budget and debt issues have kept us down on the mat more often than not.

And our reliance on property taxes to fund everything from schools to street repairs, and government pensions to child welfare caseworkers, hasn’t helped. History tells us that as industry moves and retailers shutter locations, the burden of funding all this falls on homeowners.

Adding our collective angst is news that that 2018 parade of bankruptcies could get even longer in 2019. Coresight Research analysts predict more than 6,500 stores will close this year. UBS Securities, another global firm with an office in New York City, noted in a recent report that e-commerce is expect to rise from 16% of the market share to 25% by 2026. That equates to 75,000 additional brick-and-mortar stores closing.

According to Coresight, in 2017 a record 8,139 stores closed. This included HHGregg and hundreds of Sears and Kmart stores, The Limited, RadioShack, Toys R Us, Gordmans, Gander Mountain, ShoeSource, Vitamin World and Gymboree.

The 5,528 closings in 2018 included Mattress Firm, Bookstone, Rockport, Nine West, Claire’s and Bon-Ton Stores (Carson’s). This year’s casualty list includes more than 50 Victoria’s Secret stores, a handful of J.C. Penney locations and stores belonging to bankrupt Payless. Most recently, S&P Global Ratings warned that Pier 1 Imports could be filing for bankruptcy protection soon. The company announced in April that it would close up to 145 of its 973 stores nationwide.

And then there is Sears. The embattled retailer is closing its Oakbrook Center store only seven months after renovating it. Sears Holdings Corp. last month sued its former chairman and CEO, Edward Lampert, claiming that he and his hedge fund, ESL Investments, siphoned $2 billion in assets from the company. And if that were not enough, Lampert – who purchased 425 Sears and Kmart stores out of bankruptcy – is trying to buy Sears Hometown and Outlet Stores.

We are in a changing business environment, but the majority of customers still want something online retailers cannot offer: face-to-face attention. A January 2018 survey by PricewaterhouseCoopers found customers would be willing to pay as much as 16% more for better service. Of the 4,000 Americans surveyed, 74%, as well as 11,000 more surveyed in 11 other countries, said they craved more human interaction.

That is something retail icon Marshall Field’s recognized more than a century and a half ago. Sarah Sullivan, McHenry County College history department chairwoman, noted that Field was the first to introduce a bridal registry, bargain basement, suburban branches, in-store book signings, package deliveries, escalator and a dining room.

The famed Walnut Room averaged 5,000 guests a day and once seated and served 13,155 people, Sullivan said.

The flagship store in Chicago boasted 65 storefront windows to entice and entertain passersby, an on-site millinery, a photographic studio, guest lounges, a nursery to watch young children while their parents shopped and a repair service for jewelry, china and lamps. Field’s motto was: “Give the woman what she wants.” Employees were told in no uncertain terms that gossiping, smoking and eating in public was prohibited.

“They were there to keep you as a customer forever,” Sullivan said.

The village of Lakewood is hoping the public steps up and helps it “Save the Silo.”

Built in 1893, the village-owned barn underwent repairs in 2010. They included a new roof, sealing cracks in the siding and a fresh coat of paint. That year it also was added to the McHenry County Historical Society’s Quilted Barn trail. (Visit www.gothistory.org for information.) High school artist Heather Burton painted the one-of-a-kind quilt pattern mounted on the barn, a maple leaf variation.

Most likely a former dairy barn, it boasts white pine, post-and-beam construction and a gable roof. Originally owned by James Brannon, the building at 8211 Lakewood Road was transferred to the village in 1992. Since then, it has not required a great deal of attention … until now.

Preliminary quotes suggest an estimated $36,000 could be needed to replace the silo roof, repair cracks and holes in the concrete and repair the exterior with weather-resistant paint, Village President Phil Stephan said. The silo is 54 feet high and 16 feet in diameter, he said.

It is only one of 500 salvageable barns left in the country, and the number keeps dwindling, Stephan said. “We’re going to keep it 100% historical.”
Among fundraising efforts under consideration is a golf tournament at RedTail Golf Club – appropriate since the barn provides 7,000 square feet of storage space for the village as a maintenance facility for the village-owned golf course.

“We’re working for a better Lakewood,” Stephan said. “I believe people will get behind a good cause.”

•••
The McHenry County Historical Museum is officially open for the season. Special thanks for all of you who joined us Friday evening for the grand unveiling and special thanks to craft brewers Scorched Earth Brewing Co. in Algonquin; Crystal Lake Brewing, McHenry Brewing Co., Sew Hop’d Brewery & Tap Room in Huntley, ShadowView Brewing in Woodstock and Michigan-based Lucky Girl Brewing Co., which hopes to open a McHenry County facility soon.

The museum is open from 1 to 4 p.m. Tuesday through Friday, and on the third Saturday of the month, through December. Exhibits Curator Kira Stell’s new exhibit –Prairie Trails to Strange Tales: McHenry County’s Earliest Years – will leave you wanting more.

Local history does that. It draws you in and keeps you coming back. For a full schedule of activities, visit www.gothistory.org.