Yearn to learn about your potential railroad future and prehistoric past 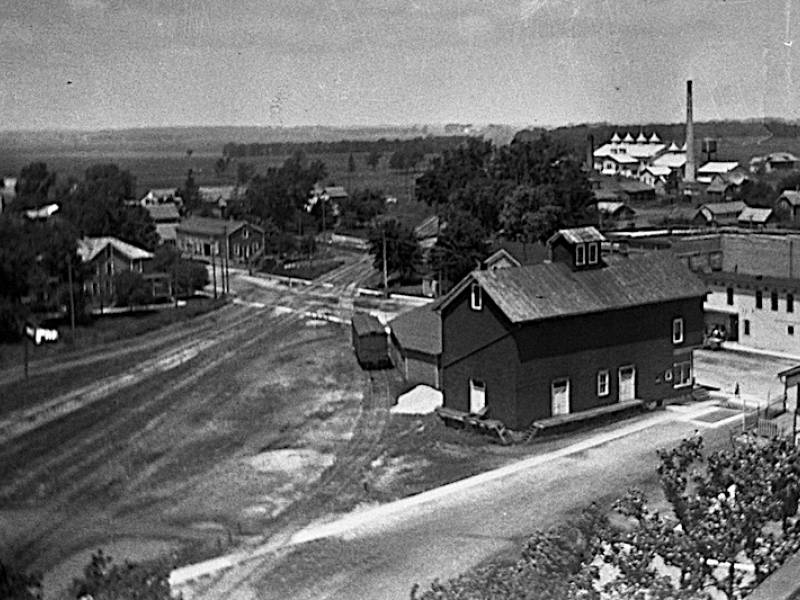 Yearn to learn about your potential railroad future and prehistoric past

As Illinois politicians struggle to somehow replicate a fiscal miracle – using a proverbial five baskets of cash to try to quench the thirst of tax-weary multitudes – one wonders who will be among the haves and who will get nothing.

The fact remains that this state last passed an infrastructure bill in 2009. It’s no wonder the American Society of Civil Engineers awarded Illinois a grade of C minus.

The International Union of Operating Engineers Local 150 reported that positive change might be afoot … provided that the state can find a way to pay for it. According to Local 150, the draft state budget includes:

• $8.8 billion in Illinois Department of Transportation reappropriations for projects put on hold during the budget impasse

It’s the latter that caught my eye. And it should be of particular interest to residents of southeastern McHenry County. Discussions are ongoing with Amtrak to bring passenger rail service from Chicago through Huntley and Belvidere to Rockford – and possibly beyond to Galena and Dubuque, Iowa.

The Midwest High Speed Rail Association is advocating for a “fast-track initiative” that would create a network of reliable passenger trains branching out from Chicago and traveling in excess of 200 mph. It estimates that $233 million will be needed to extend service through Elgin and Huntley to Rockford by rebuilding the Union Pacific tracks and connecting it with the Metra Milwaukee West tracks at the Big Timber Road station.

Huntley already has spent money on design plans for a train depot and parking lot on village-owned property at Main and Church streets.

That also is home to the former H.D. Catty Corp. building at 11117 S. Church St. – among the oldest buildings in Huntley. Bought by the village for $435,690, preservationists would love it if a portion of the 33,100-square-foot brick structure could be repurposed for a depot.

Dating back to the turn of the century, the vacant factory at one time housed a dairy, brewery, farm implement dealership, fuse and gasket factory and aluminum foil packager. Why not a depot? There are several examples of hallmark Amtrak stations coming from rather meager beginnings. Raleigh, N.C., turned an abandoned warehouse into the centerpiece of a new multimodal transportation center – funded, in part, by more than $30 million in federal grants.

The 1912 post office in New York City became the new Penn Station, and an abandoned mill in Seco, Maine, was repurposed into one of the first green stations in the Amtrak system. The 5,000-square-foot building is powered by a 100-foot wind turbine and heated and cooled by a geothermal energy system.

An advocacy group, Amtrak 2 Huntley, is spearheading local lobbying efforts to bring Amtrak service to Huntley. Learn more by visiting www.facebook.com/Amtrak2Huntley. There also is a Facebook page and YouTube channel dedicated to the cause. Get onboard.

• • •
If you are a dinosaur fan like myself, this is an exciting time.

A new database allows users to superimpose current boundaries – including McHenry County – over maps of an infant Earth. Ancient Earth Globe illustrates how landmasses broke off and reformed over a period of 600 million years. A drop-down menu lets visitors visit a given geologic period beginning 750 million years ago. If you ever wanted to know what the topography of northern Illinois looked like in the Late Triassic period, when dinosaurs began showing up about 200 million years ago, check out dinosaurpictures.org/ancient-earth.

The site evolved from the work of Ian Webster, a curator of the world’s largest digital dinosaur database (dinosaurpictures.org) and paleogeographer Christopher Scotese. It offers 26 timeline options. You’ll notice Illinois was underwater until the Permian period about 280 million years ago. A mere 200 million years ago, McHenry County was part of the super continent Pangaea. As the continents drifted apart and the climate changed, it had a remarkable effect on life.

Could we be experiencing a preview of our meteorological future this winter? Supporters of the proposed Energy Innovation and Carbon Dividend Act (House Resolution 763) certainly think so.

Paleontologist Regan Dunn – a research associate at the Field Museum of Natural History in Chicago whose specialty is the relationship between climate, plants and animals over time – will be among the speakers at this year’s Paleofest on March 2 and 3 at the Burpee Museum of Natural History in Rockford. For a full schedule and a list of speakers visit www.burpee.org/paleofest2019main.

Joshua Mathews, the Engelhardt-Moore director of paleontology at Burpee, said no dinosaur fossils have been discovered in Illinois – which spent millenniums beneath a shallow sea before drying out just in time for the dinosaurs’ debut.

“They probably were here. There’s just no record of it,” Mathews said. “Either the sediments were never deposited or, if they were, they were eroded away.”

• • •
The McHenry County Historical Society and Museum’s 33rd annual Sampler Lecture Series kicks off March 11 with a look at the iconic “White City” during the 1893 World’s Columbian Exposition. The fourth and final lecture – about another Chicago institution, Marshall Field and Co. – will be April 25. For details, visit www.gothistory.org.

• Kurt Begalka is administrator of the McHenry County Historical Society and Museum. He can be reached at 815-923-2267.