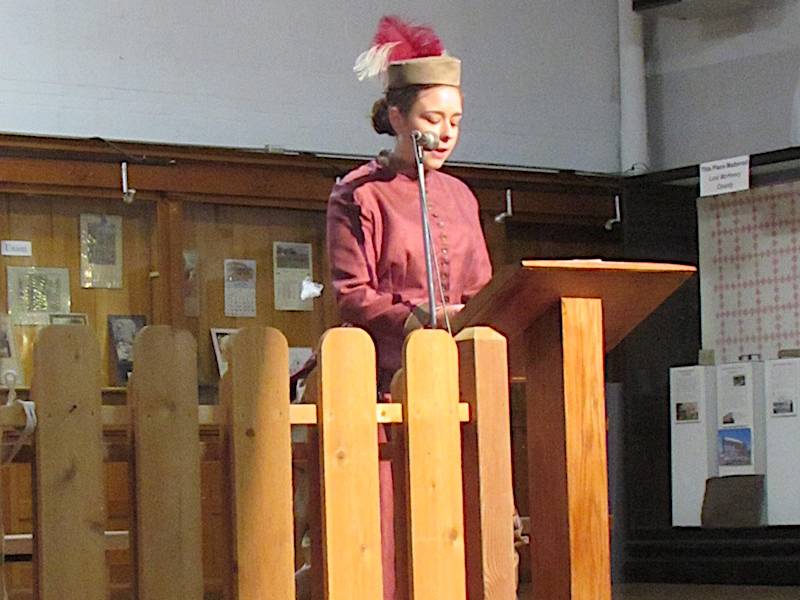 For a woman few people today have heard of, Victoria Woodhull made plenty of noise in her time.

A leader in the women’s suffrage and labor reform movements, Woodhull had many and varied interests that included serving as a medium for railroad magnate Cornelius Vanderbilt to contact the spirit of his recently deceased wife. With his support, Woodhull and her sister opened a successful brokerage house.

Woodhull, who became the first woman to start a weekly newspaper, gained the reputation as a witty and nimble conversationalist. She was a supporter of equal education for women and a woman’s right to control her own health care decisions – positions arguably well ahead of the times. But it was her decision to run for president of the United States in 1871 that cemented her reputation as a change agent and social rights firebrand.

Lauren Szady, a Lombard resident and programs coordinator for the Arlington Heights Historical Society & Museum, presents “Victoria Woodhull: The First Female Presidential Candidate” at noon on Saturday, Sept. 21. The program is at the McHenry County Historical Museum, 6422 Main St. in Union. Admission is $8 for society members, $10 for nonmembers, and includes museum admission. Museum hours are 1 to 4 p.m. that day.

Nominated by the newly formed Equal Rights Party on May 10, 1872, the party also drafted abolitionist Frederick Douglas as Woodhull’s running mate … without asking him first. Woodhull’s platform included creating government jobs for the unemployed, a graduated income tax, public referendums on laws passed by Congress, and equal rights for women.

“This woman was very interesting. She has so many different facets that can still be seen as controversial and little crazy,” Szady said. “She was 100 years ahead of the times. She would have fit in well with hippy culture, since she advocated for free love and for a woman to be able to choose whatever she wants to do with her life.”

Woodhull did not receive any electoral votes. Not only was she a year too young to legally hold the office of president, she and her husband were arrested three days before the election on obscenity charges for printing an expose on a prominent Brooklyn extra-marital affairs.

That meant she was unable to vote for herself … assuming she would have been allowed to.

In an 1871 speech before 3,000 people on the principles of social freedom, Woodhull noted:

“Our government is based upon the proposition that: All men and women are born free and equal and entitled to certain inalienable rights, among which are life, liberty and the pursuit of happiness. Now what we, who demand social freedom, ask is simply that the government of this country shall be administered in accordance with the spirit of this proposition. Nothing more, nothing less.”

Following an unhappy marriage and subsequent divorce, Woodhull advocated for sexual freedom. That led to all kinds of wild accusations, including being a communist. But Woodhull never advocated for violence, Szady said. Although strong willed, she preferred to work within the system. Woodhull argued that the 14th and 15th Amendments granted rights to all citizens. As citizens, women simply needed to exercise those Constitutional rights.

“For her to come up with these things in 1871, I don’t think she’s a woman who should be ignored,” Szady said. “The things that we’re fighting for in society nowadays are not brand new ideas. In 1870 they were fighting for the same questions, the ability to have a freedom of choice.” 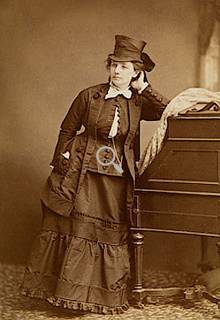