Time for saddling up to a compromise

Home » Time for saddling up to a compromise 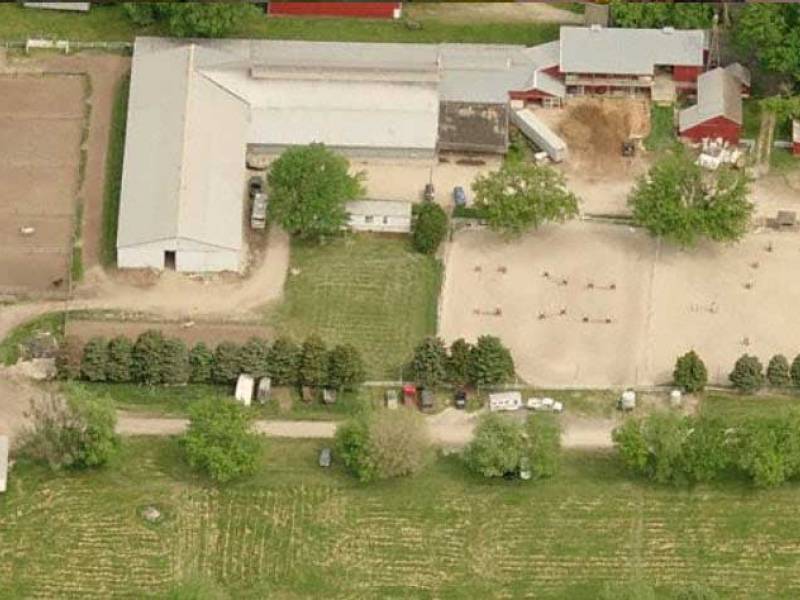 Time for saddling up to a compromise

There are so many barns, after all, across McHenry County. Will one less, more or less, make a difference in a world where expediency and horse-trading reign supreme?

A few years back, the village of Marengo tore down a pristine, rainbow-truss (open span) barn to make room for a salt storage facility. Today, Lake in the Hills is confronted with what to do about a turn-of-the-century barn and stable at 1109 Pyott Road. You’ve no doubt read about the controversy surrounding tenant Silver Lining Equestrian and its future on the 27-acre, village-owned site.

Misinformation surrounding the property’s future was a contributing factor in the firing of Doug Petroshius as village administrator and rankling of residents – many of whom had long-standing ties to the stable and concerns about the future of the Algonquin-Lake in the Hills Interfaith Food Pantry, whose distribution center and extensive garden are located there.

New Village Administrator Jennifer Clough confirmed that there have been no decisions reached by the village to demolish any structure on the property or use Larsen Park in a different fashion. In fact, there are efforts under way to create an ad-hoc committee, including equestrian users and Lake in the Hills Parks & Recreation Department representatives, to study the property and provide recommendations.

Clough anticipates suggestions for future use will be shared at a public open house sometime this summer.

“Demolition is not even a subject of discussion,” she said. “I can assure you the village is very cognizant about it.”

That is great news. Even though there are concerns about the structural integrity of a barn and stable on the property, the daughter of the former farm owners Gordon and Joan Larsen believes preserving the remaining barn and stable is a must.

“He’s turning over in his grave thinking about [the threat of demolition],” said Peggy Lackman. “The village was very short-sighted when it tore [the other] stable down. Those were hand-hewn beams with wood pegs holding the beams together.”

Lackman said her dad bought in excess of 220 acres, including Dome Hill next to Barbara Key Park, with idea of restoring the former gravel pit. The Springfield Farm Riding School began operating there in the early 1960s, and subsequent riding schools have been in business on site even after Gordon Larson sold half and then donated the rest to the village in 2002.

“The farm is the last barn on the southeast side of McHenry County. We’ve got to save it,” Lackman said.

Tricia Sales, owner of Silver Lining Equestrian, said other tenants have included Somerset Sport House Equestrian Center, Dynasty Farm and RoseGate Equestrian Center. The village bought the 27-acre property for $2.6 million in order to keep it as a horse facility, so the idea of putting the entire operation out to pasture come Aug. 9 makes no sense to Sales.

“For well over 50 years it’s been an equestrian center,” she said. “I have invested my life’s savings in this barn. So when (the former) village administrator sent me a not saying the board voted on it, I started a petition this whole petition to save it. Within a few days I had over 2,000 signatures.”

In a Feb. 10 email sent to Sales, Petroshius stated: “… Shortly after arriving at the village it came to my attention that the expenses to support the equestrian center exceeded the revenue being generated. I also performed a review of other communities in the area which demonstrated that there is no such similar use being provided by a municipality. Therefore, I provided a recommendation to the village board to discontinue your agreement with the village and to permanently close the equestrian center and convert the site to an open space use. It is our intention to tear down the barn and replace it with grass. …”

Once again, Clough said that is not the case. Sales, who took over in 2014, will not be faced with immediately having to evict the estimated 30 animals in her care – including seven miniature horses used by the nonprofit Mane in Heaven. Nor will the village be out the $3,000 to $3,500 a month Sales said she pays in rent, depending on the number of horses she boards.

But all of this underscores another point: Historic barns are coming down at an alarming rate across this country.

Jeff Marshall, a resident of Bucks County, Pa. and a member of National Barn Alliance, said there is no comprehensive list of demolition permits for barns but he is certain about a couple things.

“They are not building any more historic barns,” he said. “And we’re also seeing a real uptick in threats from insurance companies, that will not insure the entire property if it has a vacant barn.”

The McHenry County Historical Society has more than 100 barns on its historic barn registry – accessible at www.gothistory.org. So, clearly, they are held in high esteem by many … including a wagonload of salvage companies and barn wood builders.

“To be a mantel piece is not honoring an old barn,” Marshall said. “If it’s not in situ, not preserved, then what good is it? I love to see them [barns] recycled but I don’t like it that people are farming them.”

Ironically, the future of historic barns might well hinge on the use of modern roofing materials and a willingness by preservationists and pragmatists to compromise. Marshall, past president of the Historic Barn & Farm Foundation of Pennsylvania, said saved an estimated two-thirds by installing a metal roof on his barn rather than shingles.

“I take umbrage with preservationists who would lose an entire barn because it has to have a wood shake roof,” Marshall said. “The one thing I find about historic preservation, even now, is you have to be willing to explain to people its relevance. We have to ask ourselves, what are going to do with it? … You have to get people to engage and say it’s important to them. I think that is the root to success.”

When such instances arise, all of us need to put our emotions in check and take a step back; take a deep breath and then have a thoughtful, open-minded conversation about the barn or church or school … or windmill, for that matter. That way, no one feels disenfranchised.

That way history retains a rightful place at the table.

Two World War I-related programs are planned in April at the McHenry County Historical Society Museum, 6422 Main St. in Union. “Camp Grant and World War I” begins at 3 p.m. Monday, April 3, and “Eugene V. Debs and the Fight for Free Speech in World War I begins at 7 p.m. Tuesday, April 25. Admission for each is $10. For details visit GotHistory.org.

• Kurt Begalka is the administrator of the McHenry County Historical Society. He may be reached at kurt@mchenrycountyhistory.org.

Published April 3, 2017 in the Northwest Herald