There isn't much left of Harvard's King School

Home » There isn't much left of Harvard's King School 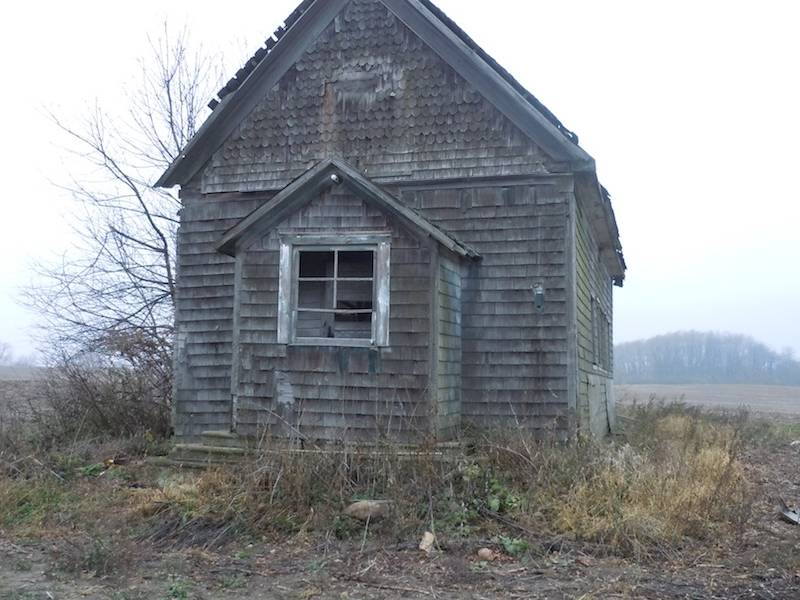 There isn't much left of Harvard's King School

There isn’t much left of the King School nowadays, but at one time it was counted among the scholastic royalty of McHenry County.

It was the size and shape of this one-room school that made it important. Built between 1861and 1862, the school was just 18-by-36 feet. Rather, it was the tiny school’s importance to those living in this rural area. Former students – brothers Tom and Roger King and friend Catherine Burke, all of Harvard – said the school was a gathering point.

Between 15 and 20 students of varying ages and grades learned the basics from teachers such as Regina Sears and Stella Walsh by day, followed by box socials, Christmas plays and the occasional dance at night. Students studied grammar, phonics, penmanship, geography and – as they got older – history.

“We would sit on the steps and draw trees,” Burke recalled.

According to historian and author Bob Frenz of Crystal Lake, there were about 120 one-room schools throughout the county. King School closed in 1948 when enrollment dipped, prompting District 99 to consolidate with Harvard District 50.

Roger King, 84, attended school there for eight years before graduating to Harvard High School in 1942. His tenure coincided with what he called the “shattering” Depression (“There was nothing ‘great’ about it,” King said.) He recalled some of less fortunate classmates stealing food from others’ lunches while others were not looking.

Heat was supplied by a coal-fired stove. Electricity did not arrive until 1934. Also there was no indoor plumbing and no running water. Two boys were paid to fetch water each day from the King farm across the street so children could drink and wash up after recess.

Popular outdoor games included “Pom Pom Pull Away,” in which students tried running to a base without being caught and then required to tag others, and “Anti-over,” in which one team threw a the ball over the school to another team which tried to catch the ball before it hit the ground.

Roger King went on to become a conductor for the Chicago & North Western Railroad, spending more than 40 years working the route from Harvard to Chicago and from Harvard to Green Bay, Wis., and Milwaukee.

His brother, Tom, ran the family farm up until recently when health issues forced him to cut back. He still lives on the family’s 230-acre farm on the namesake road. He credited Wilbur “Bill” Tammeus, founder and president of County Map Co. of Woodstock, for naming what was formerly an anonymous dirt road.

“In the spring it got like a sponge,” Roger King said.

In his book, Frenz related a newspaper story written in 1917, concerning one teacher’s efforts to travel to King school.

“She took the train (apparently from Harvard), which picked up milk cans each morning at McCarthy’s crossing (McGuire Road), at 7:30 a.m. She then walked the mile to school. In the afternoon she walked the mile back to the crossing and met the 4:30 p.m. train to return home.

Sadly, the road to repairing  and restoring this school would be even longer. The roof has holes in it, as does the floor. A pile of old desks rots in a corner. Plaster has chipped away exposing bare lathe. New joists, added sometime later to create a lower ceiling, seem to be the only things holding the abandoned, shattered building together.

Tom and Roger’s father, Tom Sr., bought the school when it closed. It housed farm workers for a time but mostly it has sat unused – belying the center of activity and learning it once was.

POSTSCRIPT: The school deteriorated and was demolished in 2014.
•••
During the McHenry County Historical Society's 50th anniversary celebration in 2013, we are inviting our members to share their private collections with the community as part of a Members' Exhibition. Take this opportunity to temporarily display your collections alongside our permanent exhibits.

A members' reception, kicking off our golden anniversary year and celebrating the unveiling of the exhibition, is planned in March. Several display cases (45 inches high, 40 inches wide and 6 feet deep) on the museum stage still are available for this exhibit. Collections need not relate to McHenry County history, however you must be a Society member to participate.

• Kurt Begalka is administrator of the McHenry County Historcial Society. He may be reached at kurt@mchenrycountyhistory.org. 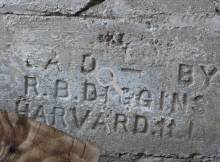