Soak up local history rather than rinse it out

Home » Soak up local history rather than rinse it out 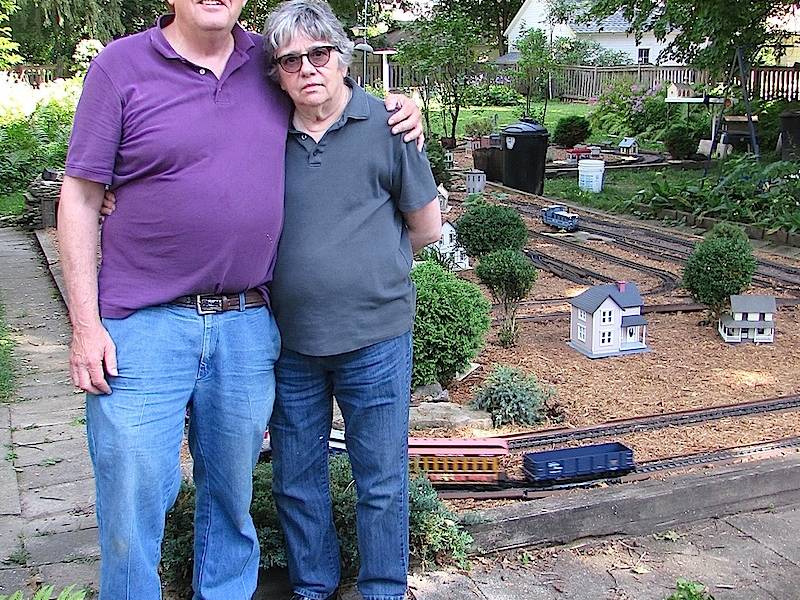 Soak up local history rather than rinse it out

Not unlike the city of Chicago after the great fire of 1871, municipalities nowadays are being forced to takes a hands-on approach to redevelopment.

Back then, architects embraced new fireproof construction materials such as terra cotta. We saw the advent of the skyscraper and a more integrated transportation network that would serve the city well during the 1893 World Columbian Exposition – visited by about 27.5 million people.

Now it’s commerce and not combustion championing government’s historical makeover. Fox River Grove is contemplating buying and rebooting a section of its historic downtown along Route 14.
The village of Huntley demolished the Sawyer-Kelley Mill, but it also owns the 33,100-square-foot H.D. Catty Corp. building nearby and – who knows – perhaps one day the soon-to-be-shuttered Dean Foods plant.

The age of innovative, private development seems to have floated up and away from Illinois, a state struggling for air amid rising debt, higher taxes and a shrinking labor pool. Woodstock should be commended for stepping forward to save the Old Courthouse on the Square.

Rather than allow this iconic structure to crumble, it acquired the 1857 courthouse and adjacent 1887 sheriff’s house. And then it actually got to work fixing it up so that when some entity was ready to embrace the possibilities, it still would be possible to do so.

Evanston, it seems, has taken the expedient way out by agreeing to demolish the city-owned Harley Clarke Mansion. The 1927 Sheridan Road Tudor Revival house was designed by Boston architect Richard Powers for a utilities magnate. The landscaping came courtesy of Jens Jensen, a celebrated Chicago architect who also designed the Tribune dormitories and the grounds at Camp Algonquin in McHenry County.

Evanston, which acquired the house in 1965 for $750,000, is working with the nonprofit Evanston Lighthouse Dunes, which is looking to demolish the former national headquarters of the Sigma Chi Fraternity and home to the Evanston Arts Center. Its six chimneys and red tile roof, signature elements of this national landmark, will give way to an open vista and 4.7 acres of green space.

“This is not a new acquisition or a building that suddenly landed in their laps,” said Lisa DiChiera, director of advocacy for Chicago-based Landmarks Illinois. “They entered into a long-term lease agreement with the Evanston Arts Center, and over that time, they invested zero dollars in the building. By the time the [arts center] vacated the building in 2013, the city just saw the building as a money pit.”

The Chicago Tribune reported that tearing down the 37,700-square-foot mansion will cost an estimated $450,000 – well beyond the $400,000 that Evanston Lighthouse Dunes pledged. Deconstruction, which would allow the reusing, repurposing and recycling of architectural details, could cost about $600,000.

By ordinance, anyone wishing to demolish or significantly change a landmark must apply for a demolition permit, and that triggers a review by the Evanston Preservation Commission.

Two opportunities to sell the mansion, one as a public space to Evanston Lakehouse & Gardens and a second to Jennifer Pritzker as a private boutique hotel, have come and gone. But apathy pales next to the erroneous perception of historic structures as weights around the taxpayers’ neck rather than economic catalysts.

The Yorkville City Council also is deliberating whether to tear down the 1893 Kendall County Jail.
“You have these public officials – and it doesn’t matter what kind of entity – that just think that demolition is the easy way out,” DiChiera said. “Just spend the money and the problem is gone. … I don’t know if it’s because people don’t know how to do economic development or whether it is the political environment we’re in today. But there is no vision.

“The fact that Evanston is attempting to demolish its own designated landmark, the precedent that is going to set is horrible. It’s a real problem, and a problem that goes beyond Evanston.”

We hope to see you at the McHenry County Historical Society booth in Building F at this year’s McHenry County Fair. Not only will we have a photo display and a map of old schoolhouses, but we also will be selling antiques, unique gifts and chances at winning this year’s World War I-inspired, hand-sewn quilt, “Forever Poppies.”

The adjacent antique area kicks off its programming with a G-gauge garden railroad display by Dave and Trudie Dreyer at 11 a.m. and 3 p.m., followed by a railroad open house in the backyard of the couple’s Woodstock home from 1 to 4 p.m. Sunday.

“I think that this property was fated to have trains,” Trudie Dreyer said. “This house is 120 years old, and Elam Felt, who built it, walked to the train station practically every day.”

A bonded purchasing agent, Felt would buy items for people in Chicago and return on the train – sort of an early Peapod – before Sears and Montgomery Wards catalogs.

Begun in 1990, the Dreyers’ outdoor layout is capable of handling four trains simultaneously. It has survived squirrels, swarms of schoolchildren and the inquisitive family cat with aplomb.
“People just gravitate to it,” Trudie Dreyer said.

Other programs in Building F include:

Mark and Kristine Hutson of Harvard also will display many items from their collection of service flags. They will talk about the history of Blue Star flags at 12:30 p.m. Friday and Saturday, and about the Borgstrom family at 2 p.m. both days. Alben and Gunda Borgstrom of Thatcher, Utah, lost four of their five sons during World War II.

An Army veteran and electrical engineer, Mark Hutson began his collection of flags and military memorabilia shortly after his discharge in 1987.

“We have about 150 flags. But if you include all the items, we have a few hundred,” he said. “We were at an auction outside of Woodstock and inside an old farm cabinet in the barn, folded in a drawer, was a Blue Star service flag. It immediately was an attraction to me. … The 8-by-14-inch flags hang in windows. A blue star on the flag represents a loved one serving in time of war. The tradition is if someone died in service, died in action, you sewed a gold star over the blue.”

Experience what school life was like in 1870 when “Miss Hoffman” conducts this witty and interactive “review” of the lessons her students have learned and track our renovation progress. Admission is $15, and procees benefit the Pringle School Restoration Fund. Refreshments to follow. (Port-a-potty available).

• Kurt Begalka is administrator of the McHenry County Historical Society and Museum. For information about upcoming events, visit www.gothistory.org.