School program part of historical romp through McHenry County's past 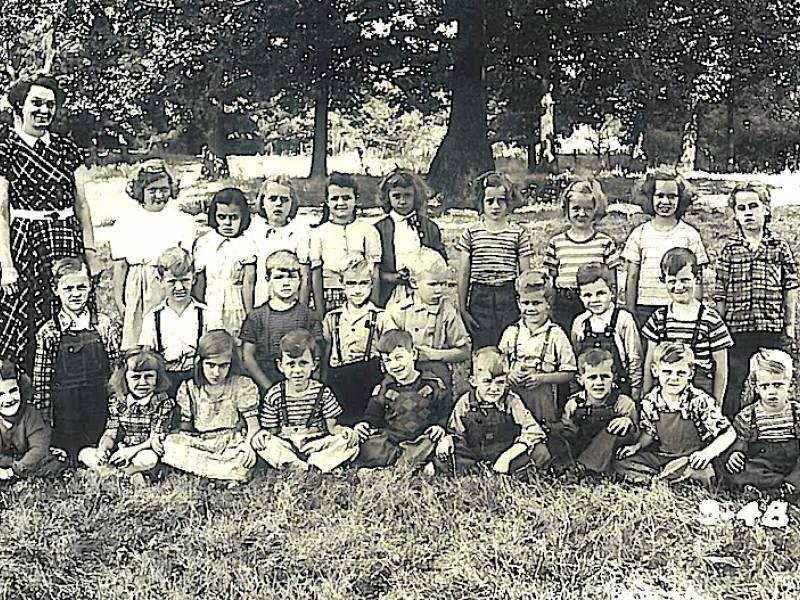 School program part of historical romp through McHenry County's past

But different types of pageants were prevalent throughout the United States in the early 20th century. Part performance, part educational experience, these pageants reinforced classroom history lessons for the benefit of students and their parents alike. Sometimes they did so on a grand scale.

Hebron celebrated the centennial in July 1936 with a pageant that boasted more than 200 actors. They portrayed much, including peppermint sticks and a Pottawatomie medicine man. The audience watched – no doubt gape-mouthed – as a young warrior with eyes for a forbidden Indian princess was nearly burned at the stake, and as Yankee soldiers “somewhere in France” launched an attack during the “World War Episode.”

Who guessed there would be a sequel?

McHenry staged its centennial celebration July 31-Aug. 2 that year. After the requisite parade and picnic, the city staged a pageant that drew an estimated 2,000 people to the high school campus. The program, directed by Marie Agnes Foley of the Jack and Jill Players, featured stories about pioneer life read by descendants of the first settlers – George Johnson Jr., Eleanor Bolger, Miriam Sayler and Elmer Freund. In addition, there was plenty of music and a singing – including a toast to McHenry.

I’m guessing libations brought to the Old Settler’s oxen barbecue in the city park, scheduled immediately before, probably helped to ease any inhibitions.

Elaine “Sue” (Schaefer) Nell of McHenry was a 9-year-old member of the Junior Forester Girls at the time. She recalled riding on float sponsored by the Catholic Order of Foresters, a fraternal life insurance society that began in 1883 and still is operating.

She recalled oxen tied to a spigot in what is now Veterans Memorial Park off Pearl Street in McHenry; and she remembered the pageant, where McHenry High School’s East Campus is now.

“It was a really big deal,” she said, “the history of the city, the founders and all that.”

Crystal Lake played host to its centennial pageant Aug. 6-8 in 1936 on the high school field. The cast portrayed a whole encampment of Indians, a “Candyland” ballet troupe, a re-created picnic excursion to the lake shore and a finale with “bathing beauties.”

A total of 500 people participated, not counting musical acts that included a band from the First National Bank of Chicago, the Masonic orphanage band of LaGrange and the Odd Fellows band from Lincoln – not to mention an appearance by a replica Chicago and North Western Railway steam engine, the line’s first!

Schools, as focal points in rural areas, also served as venues for box socials, concerts and – of course – staged dramas, including plays and pageants. Themes ranged from Christmas offerings, featuring angels and wise men, to the commemoration of various landmark events.

The May-June 1920 edition of The National School Digest noted that the Drama League of America was encouraging the “presentation of plays, pageants, literary and musical programs” commemorating the 300th anniversary of the Pilgrims’ landing in the New World. It even offered a prize of $400 for the “best play for amateurs or children.”

If such playwrights were so honored today, Nancy Fike, McHenry historian and former county historical society administrator, certainly would be in the running. Her “Elementary Follies” pageant, commemorating the county’s centennial, features a celebrity cast, period music, classroom hi-jinks and – no question – lots of laughs.

Limited seating is available for two performances – at 7 p.m. Friday, Aug. 12, and 2 p.m. Sunday, Aug. 14, at the historical museum stage. Admission is $10, with all proceeds benefiting restoration of the 1867 Pringle School – one of just three limestone structures in McHenry County.

Quarried at Garden Prairie, the stone was transported by wagon to the site off what is now River Road. The property once belonged to Patterson Pringle.

Children of Scottish settlers attended the simple school, then in District 139. Enrollment fluctuated between 10 and 25 students until the 1940s. Pringle School operated until 1951 when it became part of the Hawthorn School District 17. The school building was purchased by Melba Brewington, a Chicago connoisseur of antiques, art, and glassware. She used the building as a home until her death in 1967, when it was bought by the DiBona family of Marengo. The McHenry County Historical Society acquired Pringle School from Laurie DiBona in November 2002 and has hosted periodic open houses there since.

However, much work remains.

The floors and plaster walls were restored, among other things, but the foyer floor (part of a circa 1916 remodeling) needs work. Similarly, two closets were converted into interior washrooms with chemical toilets in 1917. The preliminary plan is to restore at least one side back to its original design, but that will take money.

Donations and volunteers are necessary to repair and restore the foyer and adjoining storage/cloakroom area. For information or to buy tickets, visit www.GotHistory.org or call 815-923-2267.