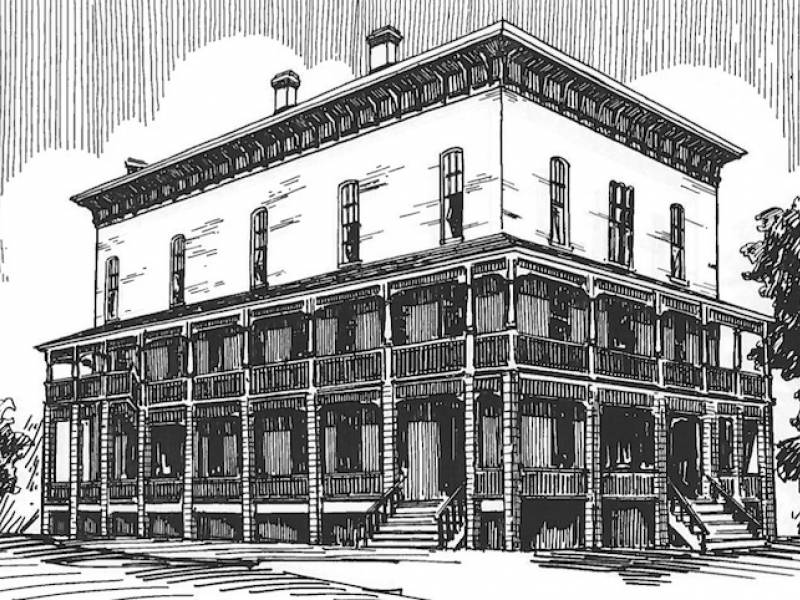 In the heyday of the Chain O’ Lakes, Pistakee Bay and the Fox River resort scene, the Riverside House in McHenry was at its epicenter.

“This was the destination in town for decades,” said Jay Bomberg, president of Bomberg Property Management, and new owner of the landmark hotel.

“It has a very colorful history, but that is the fun part of it,” Bomberg said. “We’re trying to learn about the history and put the word out. We’re especially in need of photographs of the interior – the ballroom, dining room, kitchen and old bar. We want to engage people in the community. …These oral histories are about to get lost.”

Experience a glimpse of resorting life in McHenry County from the 1870s through the 1950s when the McHenry County Historical Society marks its 55th museum year with an opening soirée from 6 to 9 p.m. Friday, May 4, at the museum, 6422 Main St., Union.

Historical records indicate that John Wire Smith and his nephew, David S. Smith, were responsible for the construction of the Riverside House in 1864. It was located on the former site of Benjamin B. Brown’s “Log Cabin Tavern.” The Smiths used bricks produced a few miles south on the river and lumber from Waukegan. David became the hotel’s first manager.

The three-story brick building, located at the corner of Route 120 and Riverside Drive, included a 40-by-80-foot ballroom on third floor with 13 ½-foot-tall ceilings and a similar-sized storeroom which the next owner – John I. Story – converted into a dining room. During its heyday, its said the dining room served up to 400 people a day – most from Chicago.

According to accounts printed in the McHenry Plaindealer, Story installed new plate- glass windows in the dining room, steam heat, and a lawn tennis court and croquet grounds on the north side – after razing an old building. He also added a double-deck veranda on the east side of the building, complimenting those on the west and south sides, and a water chute into the river.

Frank O. and Ella Gans bought the hotel in 1911, the same year the Riverside received electricity. Gans later converted the third floor into 12 more hotel rooms, adding to the 24 rooms already on the second floor. Rooms could be rented by the day or week. Daily rates were $2 (single), $2.50 (double). Weekly rates were $10 and $12, respectively.

Newspaper accounts from Gans’ son, Frank J. Gans, recalled whiskey arriving in 50-gallon kegs and carloads of coal – all of which were carted down to basement. That is also where guests played illegal slot machines.

Records are sketchy, but it appears Gans sold the building 18 years later to Fred Justen. The building became known as Justen’s Hotel, before going through a series of owners. Jay and Judy Bomberg, Highland Park transplants who are building a house in Wauconda, bought the building from Dick and Carol Buchert, with the help of the Community Investment Corp. of Chicago. Jay, a retired hospital administrator and former housing commissioner in Highland Park, immediately set about making exterior repairs.

“We’re trying to stay true to some of the facts and harken back to the old building,” Bomberg said. “The building is not going anywhere for another 100 years. It is stabilized.”

Bomberg literally uncovered a 1937 Electrolux vacuum and a set of blueprints in a walled-over closet in what was the maid’s linen room. He also found a 1900-era, cast-iron Round Oak stove.

Bomberg said he’s already sunk more than $200,000 into the building, including installation of a security system, tuckpointing and staining the exterior brick. Additions have been cobbled onto the outside over the years, creating a total of 41 units – 13 of them one-bedroom furnished apartments with an idyllic view of the Fox River, that rent for an affordable $910 a month. The remainder are mix of the original sleeping rooms, efficiencies and one-bedrooms in the original hotel.

The Cleveland native said it is difficult to say at this point how the project will evolve as he learns about McHenry and city officials learn about him. However, he sees potential. And he likes the fact that this project – arguably more than any of the 800 living units he once owned and managed in several buildings around Chicago – capitalizes on his skill set.

“I feel like all of the dots got connected when I started working on this,” he said. “It ties together my master’s [degree] in public health and work in hospitals, my working as a housing commissioner and my private work of developing residential properties.”

“There has been such a nice groundswell of support from the business community,” Bomberg said of McHenry. “The people are engaged and interested. The Foxhole restaurant is popular. The apartments are safe, affordable and clean.”

Museum admission to the May 4 opening is free. Wine tasting packages will be for sale at the door. Pick up a 2018 program and learn about the exciting exhibit renovation of Eckert Hall planned for later this year! 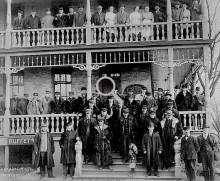