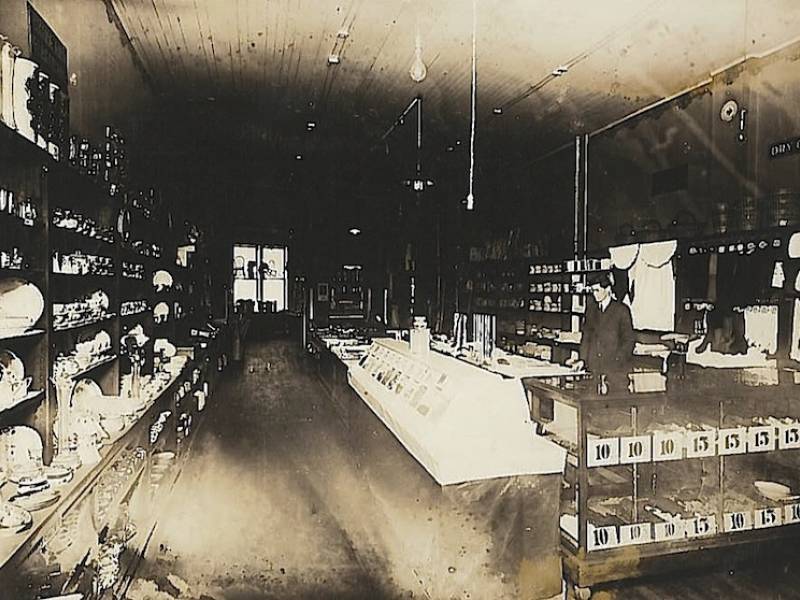 The idea of swapping guns for butter – or more realistically, eggs for a sack of flour – might have been on the table during the Great Depression. However, any notion of that nowadays is becoming more and more remote.

The retail landscape has undergone a meteoric change and appears poised to continue that transformation for the foreseeable future – whether we like it or not.

In its Future of Retail Study, Walker Sands Communications concluded that retail will continue to be transformed by various forms of mobile commerce. The company, with offices in Chicago and San Francisco, surveyed more than 1,400 U.S. consumers in 2015 about their online shopping habits and found – no surprise – that people are becoming “Amazonians.”

Sixty-eight percent of U.S. consumers shopped online at least once a month, up 5 percent from the previous year. According to Business Insider’s 2016 Mobile Payments Report, the number of mobile payment users is projected to reach 150 million by 2020.

And consumers are buying more expensive items online. More than three-quarters of those surveyed said they would spend more than $100 on a product without seeing it first. Really? However, when 20 percent of the public is making offers on homes without seeing them first, it shouldn’t surprise us.

I’m among those headed in the opposite direction. We want to know what we’re buying and its origins – be it food, shoes or a car. We like to test drive something first. But that is becoming a challenge in a world that prides itself on instant gratification with no strings attached.

If you carry cash, what to do about that purse or wallet? Besides, who needs that peripheral stuff so long as we have smartphones. We’ve been hoodwinked into thinking they are essential – just like Starbucks coffee, GPS and cable.

The report goes on to predict that “as commerce and technology continue to increasingly intersect, consumers will embrace emerging technology such as drones and virtual-reality shopping.” Walker Sands noted that 66 percent of respondents expected to receive their first drone-delivered package in the next five years – and they are eager to pay for that service.

One potential hiccup is rules issued by the Federal Aviation Administration last year. They limit drone flights to the visual line of sight of the operator, ban flights above people not involved in the drone operation, and mandate that no pilot operate more than a single drone at once. Special waivers are available, but in an increasingly intrusive society, folks cling to pockets of privacy like queso to nachos.

State Rep. Jeff Morris, a Democrat from Mount Vernon, Washington, has a bill pending that would forbid privately owned drones from flying over someone else’s private property without the owner’s permission. In addition to setting limits on overflights, it also would require private owners to label their drones with their names and phone numbers.

Back in the day, people gladly paid for the privilege of being able to order out of a Sears or Montgomery Wards catalog. Local businesses also instituted delivery services, set in motion by a phone call to a trusted butcher, baker or dry goods owner who then would select the product and have a delivery boy drop it off.

“If you lived within the delivery area, the whole order would arrive in good shape,” Harvard Herald columnist Gwen Danner wrote in 1982; “maybe better than today, when clerks may place your butter or ice cream in the same package with onions or put bread in the bottom of the sack with a bag of fruit on top.”

We’ve also progressed from adding machines to cash registers to electronic cash registers that compute exactly how much change is due so that clerks avoid that messy math business. When is the last time a young clerk actually counted back your coins and bills?

And don’t expect that to change.

The Future of Retail Study found that 59 percent of consumers have $20 or less in their wallet, and nearly 1 in 5 consumers (18 percent) say they carry no cash at all. Personally, I blame my wife for this tragic state of affairs. But apparently it signals a growing societal preference that Visa is picking up on. The company plans to give $10,000 to as many as 50 small businesses who eliminate cash transactions in favor of plastic.

In its 2016 Consumer Payment Study, Total System Services Inc. found that only 5 percent of people ages 25 to 34 and only 10 percent of those 65 and older preferred cash over credit or debit card. The high-water mark (18 percent) belonged to those ages 18 to 24. Still, we Americans like its flexibility for small purchases and added security.

Toward that end, geeks are working to add biometric security procedures, such as scanning fingerprints or your iris, when transacting business at ATMs or banks. And if the scanner fails, a voice-activated alternative approach can be used – kind of like how Aunt Bea operated when she’d place an order with grocer Charlie Foley on the TV show “Mayberry.”

Perhaps things haven’t changed as much as we think.

I go plum crazy over Heritage Fair, and apparently you do, too. Thanks to all of the sponsors, volunteers, vendors, antique car owners and – above all – visitors who collaborated July 9 to make our 32nd annual festival our best ever.

With assistance from the McHenry County Department of Transportation and village of Union, an estimated 140 vehicles lined up in front of the McHenry County Historical Society Museum and nearby. They included Jack Mainiero’s 1941 Chevy Club Coupe, which he dubbed “Plum Crazy” for its unique Hawaiian Orchid paint scheme.

“I found it in Missouri,100 miles outside of St. Louis,” said Mainiero, a longtime Roselle resident who moved to Huntley a couple of years ago. “It was outside the barn, and weeds were growing through the floorboards.”

But he saw the potential.

About 23 years and $30,000 later, this retired U.S. Postal Service truck driver has a trophy winning car with cache.

“I’ve seen other Chevy Coupes but they don’t look like mine,” Mainiero said. “Beauty is in the eyes of the beholder. When you are buildings something like that, it’s what is in the guy’s mind. Every guy who had a car in the show Sunday had this own idea of how to put it together.”

I’m looking forward to seeing what the region’s talented car guys put together for us to look at next year. Circle July 8, 2018, on your calendar!