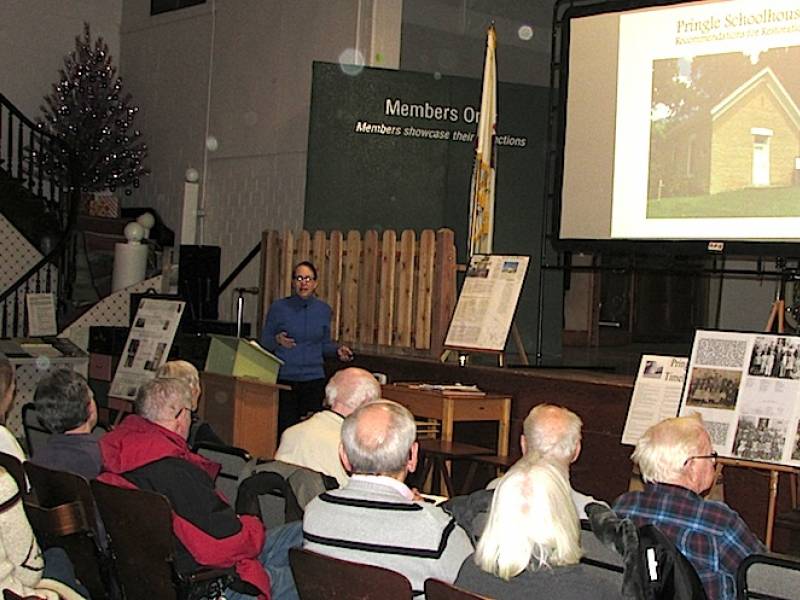 Following a multi-year restoration effort, the McHenry County Historical Society is in the final stages of adopting a detailed plan to complete restoration of its 150-year-old Pringle School.

Toward that end, it hired an experienced consultant, Beth Baranski of Baranski Hammer Moretta & Sheehy Architects & Planners in Galena, to help us identify and prioritize what needs to be done moving forward. During a Jan. 18 meeting at the historical society museum in Union, she identified several key areas for improvement:

• Evaluate the electrial wiring for soundness

• Reinstall period doors that once existed between the foyer and classroom

Located just west of Route 23, at 21596 River Road in Marengo, Pringle School was built in 1867 from limestone quarried at Garden Prairie and transported by wagon to land donated by the Patterson Pringles. It is one of four one-room schools built along a trail that was to become River Road and the third building in that district. Despite a century and a half of weather and use, it remains in remarkably solid shape.

"The school connects you in so many different ways," Baranski said.

Pringle School operated until 1947 as an independent district, and then until 1951 as part of Hawthorn School District 17. The McHenry County Historical Society acquired Pringle School from the DiBona family of Marengo in November 2002.

Donations and volunteer efforts are being utilized to restore and preserve this building, as well as include it on the National Register of Historic Places.