Preserving a bridge to the past can be tricky

Home » Preserving a bridge to the past can be tricky 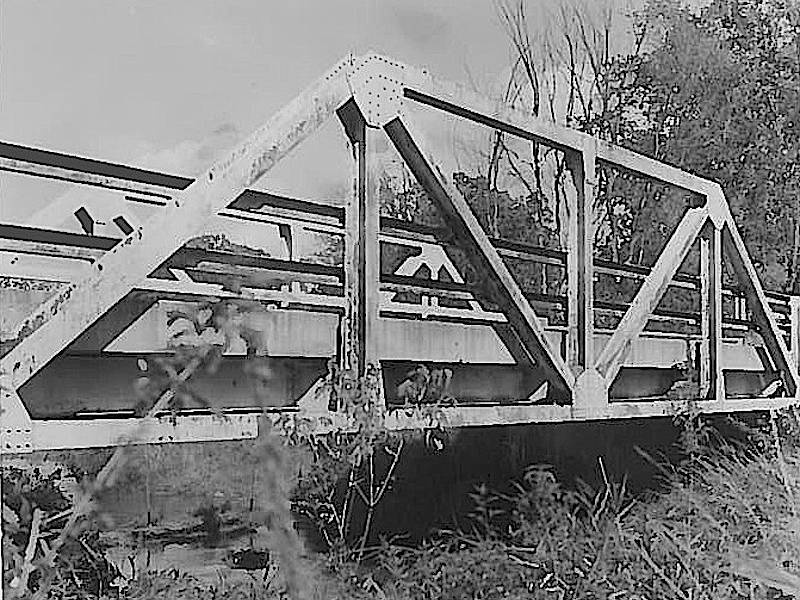 Preserving a bridge to the past can be tricky

Back in the day, with coal-fueled boilers and wood-burning stoves, fire was the bane of historic structures. Now it’s irresponsible drivers.
Just over two weeks since Long Grove received the welcome news that its iconic 1906 bridge qualified as a federally protected historic landmark, the driver of an overweight box truck ignored signs and plowed into it. The estimated cost of repairs is pending.

“It’s been hit before, but people generally stop. This guy barreled all the way through,” said Long Grove Historical Society president Angie Underwood. “It’s just devastating. It’s like a punch in the gut when you see it.”

The bridge, more commonly known as the Long Grove Covered Bridge, was built by the Joliet Bridge and Iron Co. It’s “Pratt truss” design features two trusses on each side with vertical, load-bearing supports and diagonal braces connected by pins. Named after Boston railroad engineers Thomas and Caleb Pratt, who patented the design in 1844, the classic bridge design was popular from 1890 to 1910.

A similar Warren truss bridge, built in 1938 over the Nippersink Creek on Allendale Road in Greenwood Township, was lost because of the cost to repair structural deficiencies. Landmarked by the McHenry County Board in 2002, it was removed in 2009 by the county Division of Transportation.

But Long Grove was able to avoid the temptation that came with the 80 percent federal funding for a replacement bridge. Underwood, a former village president, believes the quaint, covered bridge had several things working in its favor:

• The village-owned bridge was adopted by Long Grove as its symbol. “The Bridge” also is the title of the village newsletter.
• Downtown merchants loved the fact that the single-lane bridge slowed traffic down on Robert Parker Coffin Road, making it distasteful as a cutoff between Routes 53 and 83.
• The covering, added over the bridge in 1972 to extend its life, also discourages the truck traffic that would undermine the historic vibe of the community. Underwood said renderings of a two-lane covered bridge looked “hideous.”
• Finally, and most importantly, the bridge is beloved by the community. Underwood said an estimated 250 people showed up to a Village Board meeting on Valentine’s Day 2017 in support of saving the bridge. There even is a website – savethebridge.net –  dedicated to raising public awareness and money for ongoing repairs to the covered bridge.

Long Grove officials initially thought the $95,000 in repairs made this year would buy the bridge an additional seven to 10 years. Underwood said that long-term repairs are estimated to top $850,000.

But that was before the accident.

“The bridge has always been near and dear to people’s hearts in Long Grove. It’s always had a lot of public support and sentiment,” Underwood said. “People who have never been to Long Grove before are delighted because we have so much history. We’re a country crossroads, and the bridge just kind of fits in with that whole thing.”

While the June 11 federal designation cannot prevent the bridge from being demolished, doing so now requires meeting a higher threshold and involve the National Park Service, which manages the program.

In April 2017, Landmarks Illinois, named the bridge to its annual “List of Endangered Historic Places.” A campaign urging local officials to save the historic bridge gathered more than 4,900 signatures and some $50,000 in donations. Still it took three attempts before it made the list.

“I think a lot of times with this type of thing it’s about getting the right person to look at it,” Underwood said. “It [historic preservation] is a challenge. I think people either get it or they don’t get it, and it’s kind of hard when they don’t get it.”

Toward that end, the designation serves as a confirmation that this structure matters. Only two bridges of this type remain in the six-county Chicago metro area, and only 35 remain in the entire state. Here’s hoping that the same community spirit that enabled residents to preserve the bridge thus far, will sustain Long Grove as it works to overcome this latest roadblock.

A few weeks back I learned a little something about Mother Nature’s equivalent to hedge fund managers. They are called assassin bugs. In a nutshell, they impale their prey, suck it dry and then attach what’s left to their backs.

Since 2015, Sears has spun off the Lands’ End brand, sold Craftsman to Stanley Black & Decker, and sold 235 stores to real estate investment trust Seritage Growth Properties. Since Sears CEO Edward Lampert also chairs Seritage’s board of directors, you have to wonder where his loyalties lay. And that was before the hedge fund run by Lampert, Connecticut-based ESL Investments, expressed interest in buying Kenmore, the home improvement business of the Sears Home Services Division and the Parts Direct business of Sears Home Services.

“When all is said and done, Eddie and his ESL Investments will likely come out owning nearly everything of value that was once part of Sears: the best real estate through the spin-off Seritage REIT and the best remaining brands, Kenmore and DieHard. They will also be a preferred creditor, thanks to the personal loans he’s made to the company, at or near the front of the line when what’s left is doled out.”

We’ve seen this type of thing play out before with the likes of Circuit City, Sports Authority and – most recently – Toy R Us. In 2005, after years of flat sales and falling profits, the Toys R Us board sold the company to a group of private equity firms using a “leveraged” buyout. In other words, Bain Capital and KKR & Co. and the real estate investment firm Vornado Realty Trust put up about 20 percent of the $6.6 billion purchase price and borrowed the rest.
But here’s the best part: They make the companies they buy pay it back. By the time Toys R Us was approaching bankruptcy in 2017, it still was more than $5 billion in debt.

“It’s unclear where Vornado ended up,” NPR reporter Marielle Segarra was quoted as saying. “But after collecting fees from Toys R Us, Bain and KKR each took home at least $15 million.”
Its enough to make the robber barons at the turn of the century seem overly philanthropic.

I discovered that while there are some 7,000 species of assassin bugs in the world, there are twice as many hedge funds. I don’t know if that bothers you, but it bugs the heck out of me.

Bakers are needed for the McHenry County Historical Society’s 33rd Annual Heritage Fair on Sunday at the museum, 6422 Main St. in Union.

Not only are bake sale items needed, pies are in big demand. This year’s contest features three categories: Fruit, berry and mixed fruit/other. Interested bakers can register their pies for $2 between 9:30 and 10:30 a.m. that day in the West Harmony School. Judging by “Honest” Abe Lincoln will take place at 10:30 a.m. with ribbons awarded to the winners in each category, plus a special award for the grand champion. Pies will be sold by the slice immediately following the judging at the Heritage Fair’s bake sale with the exception of the grand prize winning pie, which will be auctioned off.

All proceeds from the pie-baking contest will benefit the McHenry County Historical Society. For additional information, call 815-923-2267 or email info@mchenrycountyhistory.org.

Published July 2, 2018, in the Northwest Herald