Policymakers should be on hot seat after global warming report

Home » Policymakers should be on hot seat after global warming report 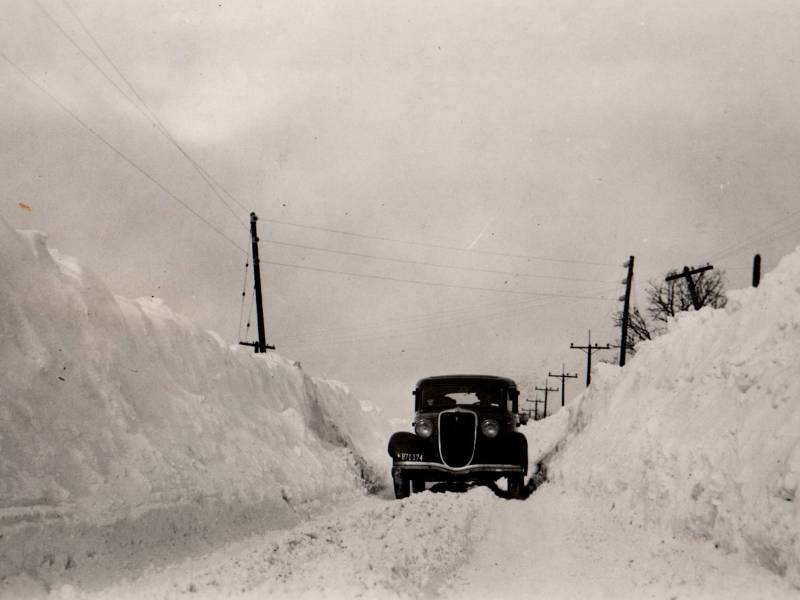 Policymakers should be on hot seat after global warming report

What if last weekend’s blizzard was not some “freak of nature,” but rather part of a new natural order? What if such extreme weather events become the norm?

If you are worried, you are not alone. According to a new federal report – Volume II of the Fourth National Climate Assessment, released
Nov. 23 by the U.S. Global Change Research Program:

• Human health and safety, our quality of life and the rate of economic growth in communities across the U.S. are increasingly vulnerable to the impacts of climate change.

• Societal efforts to respond to climate change have expanded in the last five years, but not at the scale needed to avoid substantial damage to the economy, environment and human health in the future. Poorer air quality, the spread of new diseases by insects and the availability of food and water are cited.

• Without substantial and sustained global efforts to reduce greenhouse gas emissions and regional initiatives to prepare for anticipated changes, climate change is expected to cause growing losses to American infrastructure, agriculture, energy production, tourism and recreation. This will negatively affect economic growth.

A recent U.S. Global Change Research Program special report found that the average global surface air temperature increased by about
1.8 degrees between 1901 and 2016. Greenhouse gases are blamed for making this period the “warmest in the history of modern civilization.”

And the well-documented fallout from that includes diminishing snow cover and melting sea ice, which has contributed to a rise in the average global sea level by between 7 and
8 inches since 1990 – close to half of that since 1993.

In its executive summary, the Global Change Research Program notes: “The global atmospheric carbon dioxide concentration has now passed 400 parts per million, a level that last occurred about 3 million years ago, when both global average temperature and sea level were significantly higher than today. Continued growth in carbon dioxide emissions over this century and beyond would lead to an atmospheric concentration not experienced in tens to hundreds of millions of years.

“There is broad consensus that the further and the faster the Earth system is pushed toward warming, the greater the risk of unanticipated changes and [effects], some of which are potentially large and irreversible.”

So does the past give us any clues to what the future holds for us? Despite our current deep freeze, heat waves and forest fires have increased in frequency across the U.S., devastating populous areas of California with deadly force.

A 2014 study by the National Aeronautics and Space Administration and the Lemont-Dohery Earth Observatory concluded that the drought of 1934 was the driest and most widespread of the last millennium.

The 1934 drought was 30 percent more severe than the runner-up (in 1580) and extended across about
72 percent of western North America. About 100 million acres across Texas, Oklahoma, Kansas, Colorado and New Mexico were turned into a “Dust Bowl” of epic proportions starting in 1931 – the first of four major droughts that occurred during that decade.

By the time lifesaving rains began in fall 1939, more than 75 percent of the topsoil in some areas had vanished. Poor farming practices certainly were a major contributing factor, but weather patterns also had a dramatic effect.

As our planet heats up, it is worth reflecting on those lessons.

A 2012 Washington Post article references the Palmer Drought Severity Index, noting a reading of minus 4 or below is considered an extreme drought. Today, the Palmer indices range “as high as minus 6 to minus 7 in the Great Plains,” reporter Brad Plumer wrote. “For context, the PDSI briefly spiked to minus 6 in that area during the Dust Bowl, but it rarely exceeded minus 3 for the rest of the 1930s. In other words, there’s a possibility of persisting drought conditions more severe than the Dust Bowl within the next two decades.”

Ironically, the National Oceanic and Atmospheric Administration reported that as of October, about
9 percent of the contiguous U.S. was considered to be in a severe to extreme drought – a decrease of
11 percent compared with September. However, 21 percent of the nation was deemed to be severely to extremely wet.

Was this snapshot an aberration? Can we afford to risk our future, as well as our children’s future, and ignore the preponderance of scientific evidence?

Visit the McHenry County Historical Museum in Union through Jan. 4 to view a one-of-a-kind Christmas display and a selection of holiday-themed quilts.

With all of the negative news swirling around Sears lately, it is easy to forget that it was a groundbreaking retailer in this country for decades and paved the way for Amazon.