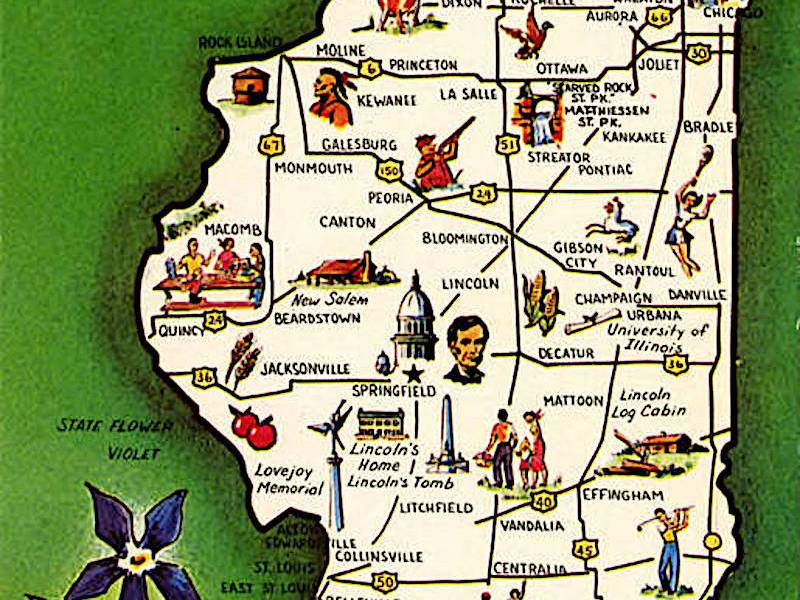 UNION – Illinois is the birthplace of the American picture postcard, a souvenir of the 1893 World's Columbian Exposition in Chicago.

Katherine Hamilton-Smith, former director of cultural resources for the Lake County Forest Preserves in Libertyville and founding curator of the Curt Teich postcard, discussed the impact from the billions of postcards produced in this country and abroad during her March 22 virual program:  “Picture Postcards: The Happy Invention." The free lecture was made possible with funding from Illinois Humanities.

The U.S. Congress ushered in the “Golden Age of Postcards” on  March 1, 1907, when it allowed privately produced postcards to bear messages on the left half of the card’s back. The next day, the postmaster general issued Order No. 146, granting privileges to privately produced postcards that were already granted in international mail, including the allowance of message space. It represented a dramatic departure from 1889-1907, Hamilton-Smith said, when the only thing allowed on the back was address and stamp. Consequently, people resorted to creative ways of filling the space – writing horizontally, rotating the card 90 degrees and writing again, and then even writing once over top on a diagonal.

Surprisingly, Smith said, the eye is able to follow along.

In 1898, German American Curt Teich, who hailed from a family of printers in Bad Lobenstein Germany, started a publishing company in Chicago. Its portfolio expanded to include postcards in 1908 – a product that would define Curt Teich & Co. for the next 120 years. Following its closure in 1978, the plant (still located at Irving Park and Ravenswood roads) was converted for condominiums. The National Register building is called Postcard Place … of course.

“It became the world’s largest producer of postcards,” Hamilton-Smith said. “By the 1950s it was capable of printing nearly 1 million postcards an hour out of this building. The third floor was entirely devoted to the print floor.”

Hamilton-Smith showed the 90 attendees a rare interior image of a Heidelberg printing press; sheets of card stock waiting in the hopper. Particularly popular were “large letter” postcards … such as “Greetings From …”But Teich also excelled at picture postcards. Freelance photographers would traipse around the country taking pictures in small towns. They included buildings, streetscapes, citizen portraits and the occasional disaster, which they would and turn into profitable keepsake “real photo” postcards.

“They didn’t know it at a time but what were amassing a visual record of how the country changed,” Hamilton-Smith said. “If they had not chosen to print a postcard, these images may not have been preserved at all. Almost every aspect of the early towns rwere ecorded on postcards - especially in rural United States.”

Customers ranged from tourist destinations to organizations (she showed a 1923 image of a KKK postcard) to companies hoping to get a visual leg up on their competition. Thematically, they ranged from cutting edge artistic expression to whimsical real life. And postcards became a staple: from small town dry goods stores and gas stations, to major hotels and scenic destinations around the world.

Hamilton-Smith showed the message from a 1907 postcard of the Eiffel Tower in Paris and compared it to that from another visitor in 1999.

“To me this is an important point,” she said. “They have changed in expression not at all. That is pretty remarkable, I think. We do still send postcards and we send them for the very same reason.”

Upcoming programs in the MCHS Sampler Lecture Series are:

• 7 p.m. Monday, April 5 – Historic Instruments of Illinois. Chris Vallillo, a singer/songwriter and folklorist from Moline, has restored and collected Illinois stringed instruments for more than 30 years. He will discuss the development of Illinois instrument building as he performs period music on more than a dozen historic instruments – from handmade masterpieces to $3 mail-order gems. Funded through Illinois Humanities.