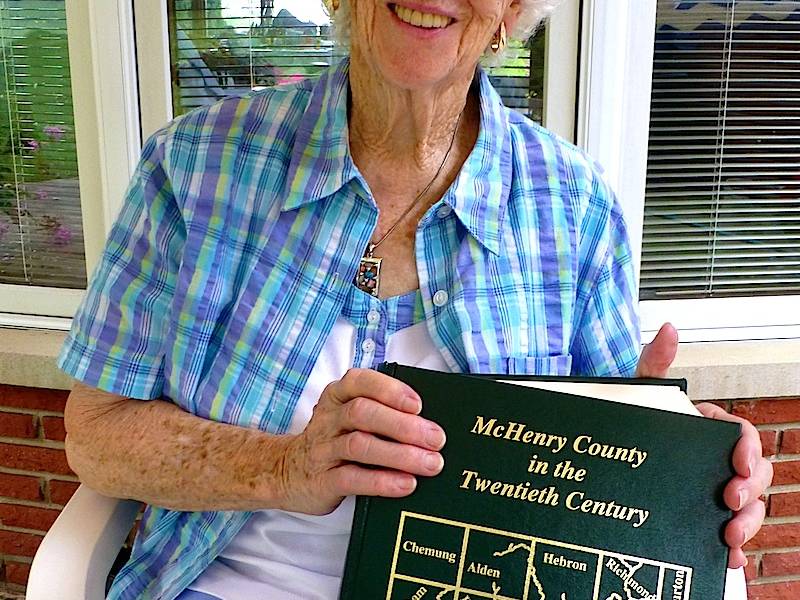 Thanks to all who attended our vintage "base ball" game Sunday, June 12, at Prairie Grove's Village Hall Park. We set a record with more than 100 fans ... and four dogs. Nevertheless, the local K-9 – rather, "Club 9" – shanked it and lost to the visiting Grayslake Athletics 21-11. The "Independants" strategy of waring down the opposition by getting them to run repeatedly around the bases failed to yield the anticipated results. We are hoping for a better outcome during the rematch at 4 p.m. Saturday, Aug. 27, in Grayslake. Huzzah!l

PRAIRIE GROVE – With a mighty wallop, the onion went to the ground, giving the striker his first hit, putting one duck on the pond and one hand dead.

The baseball field in Village Hall Park in Prairie Grove was full of 19th century lingo Sunday as the McHenry County “Independants” – spelled incorrectly in a newspaper clipping from more than 150 years ago – faced the Grayslake Athletics.

The teams, in semi-authentic garb of white button-up shirts and black trousers, played as if it were 1858. That meant underhand pitching, barehanded play and outs on balls caught after the first bounce.

“I like ’58 because the rules are different enough that it’s a different game to watch,” Dave Oberg said. “By the time you get to the 1870s, it’s getting pretty close to the game you and I know today with a few exceptions.”

Oberg’s day job is executive director of the Grayslake Heritage Center and Museum, but he served as the barrister, or umpire, for Sunday’s game. The game was held in collaboration with the McHenry County Historical Society.

In 1858, baseball was a gentleman’s game, with players declaring themselves out and the umpire rarely stepping in. Batters could take as many balls as they wanted to wait for the right pitch as long as they didn’t abuse the privilege.

At the time, baseball quickly was gaining popularity, Oberg said.

“It’s huge on the East Coast and starting to come into the Midwest,” he said, adding the Civil War served as an incubator. “A lot of guys started to learn to play at camps, and when they came home, they started teams. Within one year of the end of the Civil War, we went from seven teams in Illinois to 28.”

By 1871, the National Association of Professional Base Ball Players, the forerunner to Major League Baseball, was created, Oberg said.

“By 1876, we have what we consider Major League Baseball off the ground,” he said.

While fans – then called kranks, bugs or rooters – weren’t in accurate period clothing, they were encouraged to use the terminology of the time, telling the players to “lay that willow on that onion” and “hit the apple out of the orchard.”

Vicki Purtell of Marengo has enjoyed watching her husband, Jeff, play for several years and loves to tell a slow player to “run, you ice wagon!”
After a jeer questioning Oberg’s call, she was called in front of the crowd to apologize.

The Independants again will face the Athletics at 4 p.m. Aug. 27 ahead of the 4th annual Color Aloft Balloon Fest.

• 10 a.m. to 4 p.m. – Day at Petersen Farm, located at 4112 McCullom Lake Road – one mile west of Route 31. This year’s theme, “A Hundred Years Ago Today,” features artifacts and exhibits showing McHenry County farm life in 1916. Activities include hayrides, petting zoo, music, children’s games, a magician, textile demonstrations, blacksmithing, a farm garden and farm equipment displays. The 1862 farmhouse parlor, kitchen and garage will be open for tours, with period furniture, photographs and kitchen equipment on display. Co-sponsored by the McHenry Farm Bureau and Colby-Petersen Farm Foundation, admission, parking and all activities are free.

The McHenry County Historical Society's “club nine,” the McHenry County "Independants," played its first of three matches this season at Old World Wisconsin in Eagle.  We lost 6-3, but it was close throughout and we several unrealized scoring opportunities. Thanks to all those who participated, making the drive north and coping what with began as a somewhat cool and rainy afternoon. For images, courtesy of the Milwaukee Journal-Sentinel, click HERE. 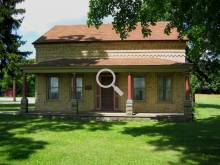