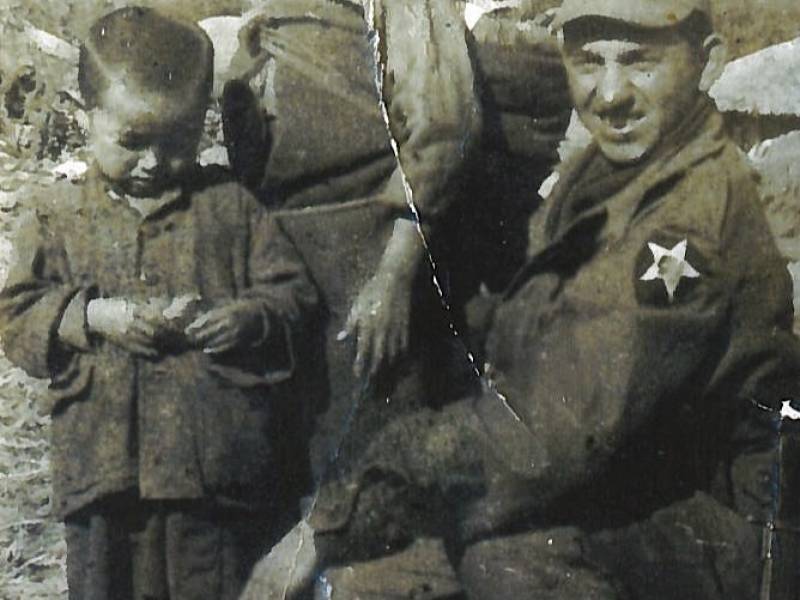 It was a travel brochure I received from the University of Illinois Alumni Association that underscored the power of branding. Titled “Romance of the Mekong,” the trip includes visits to Ho Chi Minh City (formerly Saigon), the Reunification Palace, the War Remnants Museum and the Cu Chi tunnels “used for guerrilla warfare.”

The Vietnam War – the TV footage of rice paddy carnage and desperate South Vietnamese trying to climb aboard the last helicopter lifting off from the American Embassy – is burned into my memory. Although 1975 wasn’t that long ago, in many ways, it happened a lifetime ago.

Time marches onward. Memories of battles and body bags fade … unless, of course, you lived it.

According to the U.S. Department of Veterans Affairs, about 1.7 million Americans served in the Korean War starting in 1950. The U.S. sent 90 percent of the troops serving as part of a United Nations coalition of 16 countries deployed to counter the invasion by North Korean forces. By the time the fighting ended in July 1953, about 34,000 U.S. soldiers had been killed and an additional 7,747 Americans still are classified as missing in action.

Gangwon Province, site of the 2018 Winter Olympic games, was the epicenter for many battles and for subsequent missions to recover the remains of dead Americans. A third of the province lies in the Communist north, north of the 38th Parallel in the demilitarized zone.

Gus Poulos, almost 89, of McHenry was an Army rifleman in “B” Company, 1st Battalion, 23rd Regiment of the 2nd Infantry Division. He served for 13 months during the Korean War – including the winters of 1951 and ’52 – and in the monthlong battle of Heartbreak Ridge. Even equipped with parkas and special shoes, Poulos confessed that it was tough to stay warm when temperatures plummeted to 25 below zero. The bolts of their M-1 rifles often froze.

In the aftermath of World War II, Korea was split in two. Both claimed to be the legitimate government of all of Korea, and neither accepted the border as permanent. The conflict escalated, and North Korea, supported by the Soviet Union and China, invaded the south on June 25, 1950. Two days later, President Harry Truman ordered U.S. forces to Korea. Poulos, a 20-year-old Chicagoan, was among those drafted. The Army paid him $55 a month.

“It took me out of my life and my family and put me in a war,” Poulos said. “I was very patriotic. I just felt it was my duty. The country was good to me, and, hey, I felt I owed something to the flag.”

Today, Poulos said it is little surreal seeing what South Korea has become. He also has a hard time stomaching the North Korean regime and the suffering it brought upon its people.

“We had the war won. We had driven the North Koreans all the way back to the Yalu River under General MacArthur’s leadership,” Poulos said. “But that’s when the Chinese entered the war. They had amassed over 300,000 troops, and when it invaded, it was a new war again. They pushed us all the way back down. … We formed what was called the Pusan Perimeter on the Korean peninsula, and [the] war lasted almost three years.”

The Korean War, following on the heels of World War II, often is called the “forgotten war.” Poulos believes most Americans had their fill of war by that point and wanted to forget. More than 3,700 Americans and French, as well as an estimated 25,000 North Koreans and Chinese, died in the Battle of Heartbreak Ridge alone.

“Every time I read articles regarding the Korean situation now, and they always call it a ‘conflict.’ Also, they call it a ‘police action,’ ” Poulos said. “It was a war … nothing else but a war.”

Last month marked the 15th anniversary of North Korea’s withdrawal from the Treaty on the Non-Proliferation of Nuclear Weapons. South Korea’s Pyeongchang County, located amid the Olympic-centered Taebaek Mountains, takes its name from “pyeong,” which means peace, and “chang,” Korean for prosperity. I pray that those sentiments outlast the Winter Olympic Games.
• • •
In this age of movie blockbusters, the likes of “Black Panther” and “Wonder Woman,” is it any wonder Green Lantern has been relegated to the concession stand?

When “Justice League 2” hits the theaters next year, will Green Lantern be among the superheroes as the publicity poster suggests, or is it nothing more than some Hollywood hocus pocus?

No, folks, if you want to be sure to lend your support to a real, live Green Lantern Corps, you’ll have to visit the McHenry County Historical Society’s Human Race page at www.crowdrise.com/o/en/campaign/mchenry-county-historical-society-and-mu....

“Get Your Hero On” at the McHenry County Human Race on April 22 at McHenry County College. It is a unique 5K Chicago Area Runners Association-certified walk/run that supports various charities serving McHenry County. All of your donations to the Society benefit the Nancy Fike Scholarship. Established in 2012 and named in honor of our former administrator and educator, the $1,000 scholarship is awarded to a McHenry County high school senior who has an interest in history and education. For details, visit www.gothistory.org.

The application deadline is April 9.

According to a seemingly endless number of comic book blogs and websites, the Green Lantern Corps acted as an intergalactic police force on behalf of the Guardians of the Universe. Legend has it that its founder, test pilot Hal Jordan, received a powerful ring from a dying alien.

“By the manipulation of anti-gravitons and directed molecular movement, the ring allows the user to fly at incredible speeds,” according to a DC Comics blog. “In atmosphere, a Green Lantern has been known to fly as fast as Mach 10 by creating an aerodynamic envelope around his body.”
Full disclosure: We cannot do that. In fact, I expect to heed the advice of hall monitors everywhere: “Walk, don’t run!”

The Green Lantern Corps is not full of superheroes, but we are history-minded and dedicated to helping young people achieve their goals. The Corps’ rings were powerless against anything colored yellow because of a necessary impurity in the ring. But we do love green – especially when it goes toward such a worthy cause. Please consider backing this effort or even joining our team. Together, we can be really powerful.

Join the McHenry County Historical Society for its annual Antique Appraisal Day from 1 to 4 p.m. Saturday. For details or to register, visit www.gothistory.org.