Not King Coal ... at least in Marengo

Home » Not King Coal ... at least in Marengo 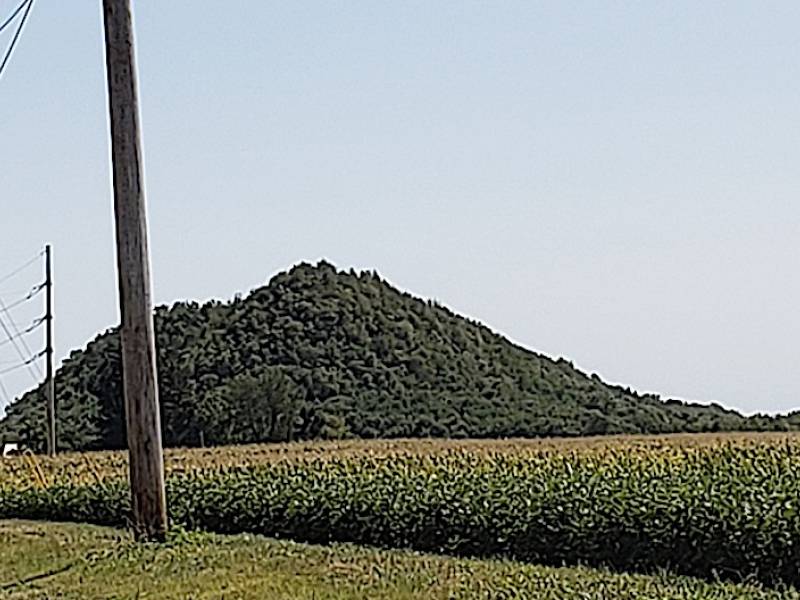 Not King Coal ... at least in Marengo

There were so many opportunities over the years for Marengo: a college, oil fields, a large manmade lake, a large telescope, and a coal mine. Yes, at one time Marengo dreamed of being a coal mining community.

You may chuckle a bit, but the idea isn’t so farfetched!

The first place that coal was discovered in North America was in Illinois in 1673. French explorers Marquette and Joliet ascended the Illinois River from the mouth of the Mississippi and recorded the presence of the fuel in rock outcroppings. Over the years coal has been taken from underground mines in 72 of our state’s counties, and McHenry County is separated from two of these counties, Lee and Kendal by only one county.

Just like the California Gold Rush had its start at Sutter’s Mill, Marengo’s Coal Rush had its beginning on the Elisha Vail farm west of Marengo. In June of 1882 Vail retained the local well digging firm of Smith & Bright to bore a well on his farm. At 90 feet the workers struck water and removed the auger from the hole. At first water gushed out of the hole, but soon something unexpected happened. The water was followed by a blast of natural gas that immediately ignited and burned furiously for an hour.

The workers were able to finally smother the inferno with dirt and mud.  Afterward, at some point, a geologist was consulted, and after conducting his study, the geologist reported the presence of an eight-foot vein of coal less than 100 feet underground. This vein tracked north across the Kishwaukee River and terminated on the Judge Hill farm which was located in the vicinity of modern day River Road. Vail vowed to do further exploration and planned to bore a 100-foot hole. The story in the March 9, 1883, edition of the Marengo Republican concluded: “If an 8-foot vein of coal is found, it will be a bonanza of inestimable value for Marengo.”

Based upon this news Marengo’s movers-and-shakers kicked into gear and began the task of organizing the Coal Prospecting Company. Papers were drawn up to form the company and a lease was prepared for the land where they anticipated to find coal. The organizers offered 50 shares for sale at $25 each, and the plan to bore the exploratory hole moved from the Vail farm to land owned by P.T. Parkhurst. The story in the May 4, 1883, Republican News, which reported on these new developments also described the “evidences upon which this enterprise is undertaken;” in addition to the discovery of gas on the Vail farm where soapstone and a “black looking substance resembling coal” was present. This article concluded with a call to the community: “Let men of means come up promptly, make the necessary subscriptions and organize the Company.”

Initially there was a concern that one or a few people might purchase all 50 shares, so a limit of one share person was set. The call to the community worked because on Monday, May 14, 1883, investors met at Squire Wells’ office – where, reportedly, that 49 shares sold. The first order of business was to elect corporate officers and a board of directors. Once in place they promptly acted and placed an additional 10-percent assessment on the shares – payable immediately. It seems that the investors had coal fever because the money was paid with no complaints being recorded.

On June 8, 1883, the Marengo Republican informed its readers that digging had started. Unfortunately, the 160-foot-deep shaft encountered no coal. This shaft was drilled in the vicinity of where the gas and soapstone had been found the previous year, but neither was present at this new location. It was the intention of the Coal Prospecting Company to go down to 200 feet now. The article concluded with a little suspense and an offer of hope: “The geological formation is quite peculiar in the locality of the shaft, and there is no telling what may be found of value until the test is made.” It should also be mentioned that in the same issue of the newspaper an assessment notice was printed which informed the subscribers that a second assessment of 10 percent was being levied on the shareholder and it was to be paid within 10 days of the notice.

By the following week the hole had reached 194 feet and Smith & Bright called it quits! They declared they could go no further. The hole was almost twice the depth where the geologist said the vein of coal would be and they came up empty handed. Discouragement was starting to creep into to the hopes of the coal prospectors, but the deal wasn’t done. There was talk about boring deeper and more holes at other locations. Over the next several months there was no reporting in the Marengo Republican on the subject of coal prospecting.

But, the beast refused to die! It took another gasp on October 26, 1883, when two notices appeared in the newspaper. One notice referred readers to the second notice in the same issue. It also informed that a meeting had been advertised for last Monday, but there was not a quorum present. The second notice was to the stockholders informing them that a meeting was scheduled at Squire Wells’ office on Oct. 31 at 7:30 sharp! The object of the meeting was to discuss the sinking of a shaft to a depth of 300 to 500 feet. A few weeks later in November one other meeting notice appeared in print and after that silence.

Marengo’s coal mining efforts were done and there was nothing to show for it but a 194 foot hole and 49 people $25 lighter… Oh, and don’t forget the two 10 percent assessments!

• Ed Urban is a local historian from Marengo. He may be reached at eurban@foxvalley.net

Published in the October 2020 issue of the Marengo Union-Times