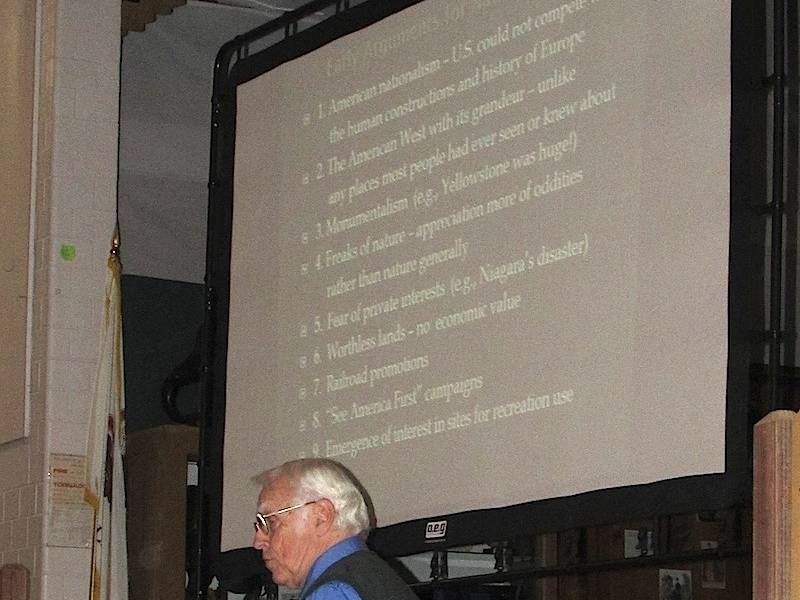 Retired geography professor Norm Moline pointed out that a bellwether moment occurred when the government concluded our national parks are valuable "whether or not people go there." It is all about preservations; and so far, our nation has perserved 84.4 million acres across 417 sites. And it has offered these natural wonders for the public to enjoy without being nickel and dimed by hucksters looking to sell what should be a public asset.

"It is unprecedented in world history," Moline said. "What a treasure."

Click HERE for a listing of national park sites in our area.

"There is nothing so American as our national parks.... The fundamental idea behind the parks...is that the country belongs to the people, that it is in process of making for the enrichment of the lives of all of us."

What began in 1916 with 35 national parks and monuments, under the watchful eyes of President Woodrow Wilson, has grown into nearly 400 parks scattered across all 50 states and its territories. The National Park Service now oversees more than 84 million historically poignant acres – ranging from the Pullman National Monument in Chicago to Trail of Tears National Historic Trail that winds its way near downstate Cairo.

“Historic preservation and the historic geography of the U.S. has been a family interest of mine,” said Moline, 74, of Rock Island.

The native of Chicago’s south side regularly went on family vacations to the parks. His father, a Lutheran pastor, lacked the money for exotic trips. But “driving vacations” to variety of parks proved an affordable and educational alternative that the young Moline embraced – and continued with his own family.

“I have an appreciation for the whole system and everything it does,” Moline said. “I will give a brief history of the development of parks and the park service, discuss how it came to be and talk about the role of park service in helping state parks get going. I’ll also talk about some of the programs right around you – such as the National Register of Historic Places and the Fox River Water Trail Initiative.”

Moline, who attended Augustana as an undergrad and then went on to earn a master’s and doctorate from the University of Chicago, taught geography for 45 years at Augustana College before retiring in 2013. A member of the Rock Island Planning Commission, Moline co-founded the environmental studies program at the school long before the interdisciplinary field became established on college campuses. He also launched the Asian studies program at Augustana and the first study abroad U.S. college program with China in 1974.
He has traveled to East Asia more than 40 times, alone. Consequently, he has a pretty fair understanding of the world at large and America’s place in it.

That is not generally the case in this country – especially among young people.

“Geography is taught in junior high but at most high schools? Nothing,” Moline said. “There also is no sense of cultural geography. We isolate ourselves.”

According to the National Parks Conservation Association, a record 331 million people visited national parks in 2016. And that has a huge economic impact on the local economy – an estimated $16.9 billion in 2015 supporting close to 300,000 jobs. And it has this, Moline said, despite a backlog of nearly $12 million in maintenance projects, shifting Bureau of Land Management rules along park borders, and the further threat of fiscal belt-tightening. 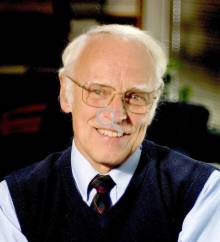