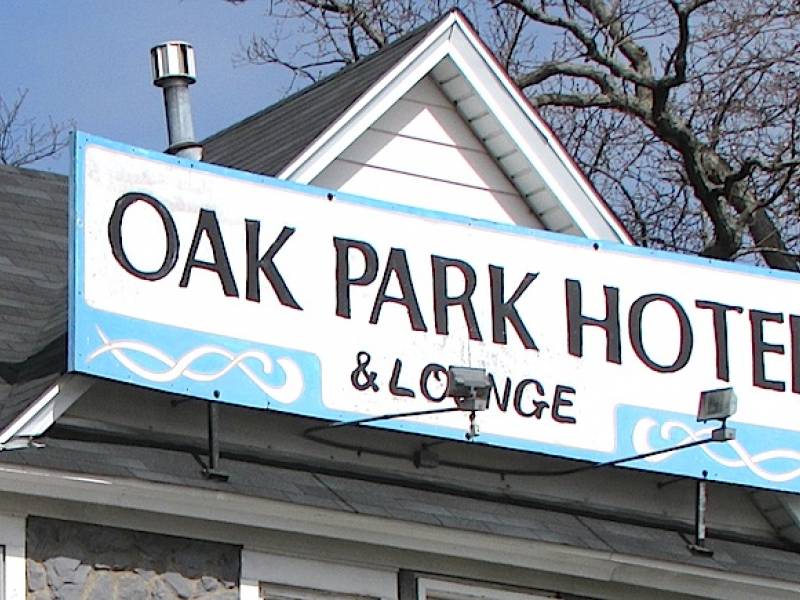 The Fox Chain O’ Lakes had become a celebrated resort area as early as the 1870s. At least two steamboats carried tourists and sportsmen from McHenry to the lakes. Fishing parties came from as far away as DeKalb County, and Chicagoans hopped the Chicago and North Western Railroad for weekend getaways with the family during the summer.

A majority of those frequenting the banks of Pistakee Lake and Chain during the turn of the century were well-heeled or well-connected Chicagoans.

Consequently, it is not surprising that most of the original, tiny cottages were demolished to make way for more spacious dwellings. Charles W. Peters, a former Cook County sheriff and longtime Pistakee summer resident, hired famed landscape architect Jens Jensen (who also worked at Camp Algonquin) to design three-terraced gardens for his 1897 home on the west shore of the bay.

The Chain and Pistakee lakes were go-to destinations chock-full of steam-powered launches, dance pavilions, resorts and tourists clamoring to visit the famed lotus beds and dine at many of the 37 hotels that had sprung up along its banks by 1910.

The McHenry County Historical Society seeks to capture the essence of that time in its new, two-year exhibit, Waterways and Getaways: Resort Life in McHenry County. Visitors can view historic photos, experience a re-created hotel lobby, learn about early boat manufacturers in McHenry County, and breathe in the perfume of lotus flowers. In the 1920s, lotus covered much of Grass Lake.

Among the most celebrated destinations for summer vacationers were Ben Stilling’s place, Pink Harrison’s Resort, the Oak Park Hotel and Mertes Hotel and Summer Resort.

The Paulist Choristers, a celebrated 80-member boys’ choir from Chicago, spent summers at the resort starting in 1920. Eventually, the Chicago Diocese acquired the resort and ran it as a summer church camp, Camp Villa Marie.
The Oak Grove Hotel, located north of Stilling resort in the Oak Grove Club Grounds subdivision, was built about 1892 by Joseph J. Mertes. Each fall until about 1901, Mertes hosted a game dinner.

A dance hall – located along with a bowling alley and saloon in a building next to the hotel – was busy every Saturday night. Apparently Mertes’ liquor business was busy when it shouldn’t have been.

After being fined in 1919 for breaking liquor laws, he again ran into trouble after the repeal of Prohibition. The tavern and dining room of the hotel were bombed. A dozen sticks of dynamite also were found in a planter box on the side of the hotel building. A faulty fuse prevented even more destruction at what now is the Oak Park Lounge in Johnsburg.

The Chain became a hotbed for lawlessness and a hangout for gangsters such as George “Bugs” Moran, Al Capone and Druggan-Lake Gang members George and Terry Druggan. George was severely wounded during the June 1, 1930, machine-gun “massacre” at the Manning Hotel in Fox Lake. The Chicago Tribune noted that “The summer resort beer traffic, with its high profits, had shifted the battleground of the bootleggers from cities to the country.”

Parts of Frank “Pink” Harrison’s resort also remain today. His grandson, Tim Harrison, now lives on a vestige of the original 5-acre site, north of the Oak Park Lounge. Tim said he is in the process of restoring four of the original cottages built by this grandparents – Frank and Christine Harrison – and neighbors.

They originally were fitted using the couple’s own furniture taken from the home they lost in Chicago after the stock market crash. The Depression prompted many to leave the city in favor of cheaper summer homes, which they converted to year-round residences – frequently heated by old oil stoves with water supplied by an outdoors pump.

The Harrison resort operated from 1933 to 2003, passed down through the generations to Tim’s father, Tom, and then to him.

“The two-story house I live in was the kitchen and laundry for the resort,” Tim said. “[The land] has been in the family since the turn of the century. My grandmother’s parents were the original owners.”

Now in his 60s, Tim grew up at the resort, bussing tables and later, tending bar. It was hard work, but it also was fulfilling.

The successful resort owners prided themselves on putting customers first – from dumping a truckload of sand on the ice before it melted to create a sand-bottom beach for swimmers, to installing carpet and air-conditioning inside cabins.
No one worried about locking their doors – unless there was a “gypsy” siting. Guests were like family and indeed still are.

“Customers that came in the 1930s were still coming in 2003 when it closed,” Tim said. “That was the hardest thing. When we closed our doors, it was like I took two-thirds of my family, chopped them off and threw them out. It was very tough.”

As late as 1949, a family with a very modest summer cottage or fishing shack could hop the train from Chicago and back for $2.60, putting Pistakee Bay within reach for virtually anyone. But as vacationers began to take up permanent residence in the upper Fox River Valley in the early 1930s, many resorts began to close their doors.

The Chicago & North Western and Milwaukee railroads began advertising special “400” and “Hiawatha” passenger services to Wisconsin. The nation’s failing economy made even the cheapest resorts a luxury.

• Kurt Begalka is administrator of the McHenry County Historical Society & Museum. He can be reached at kurt@mchenrycountyhistory.org.
Copyright © 2017 Northwest Herald. All rights reserved.