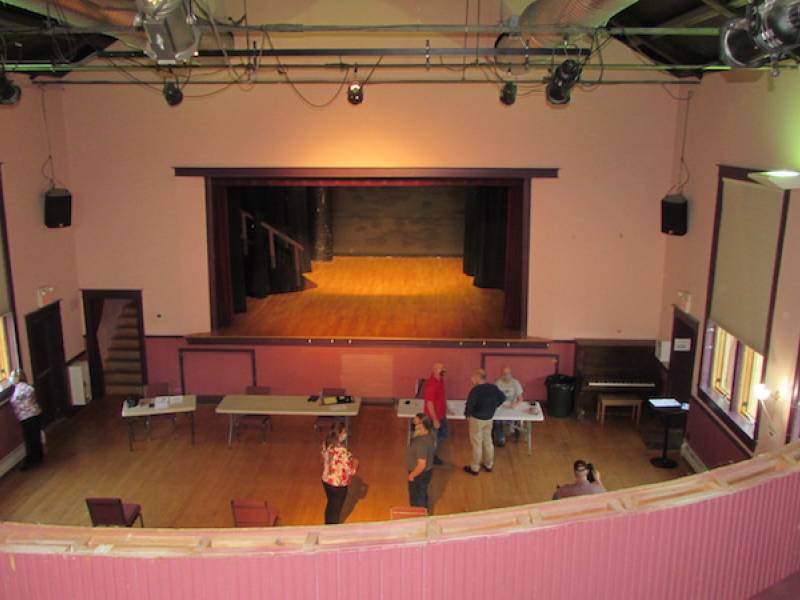 By all accounts, everyone wants to save Memorial Hall. The $230,000 question: What is the best, most sustainable approach?

The village of Richmond’s on-again, off-again sale of the 1906 National Register of Historic Places landmark to a private owner took another twist Thursday night when Richmond Township residents Rachel and Jim Prickett proposed creating a nonprofit to manage it. The W.A. McConnell Foundation would lease the 5,700-square-foot building from the village … That is, if the village still owns it.

At a hasty special meeting, called for 9 a.m. Saturday, April 10, the village board agreed to sell the building for its asking price of $230,000 to Sam & Heather Everly – owners of Midwest Arbor Corp. in Spring Grove.

The Everlys reportedly have plans to gut and restore the interior of the building, exposing the brick walls and refinishing the wood floor, as well as install gas lanterns, pergolas, brick pavers and new landscaping outside. Their rough concept plan is available for viewing at village hall, incoming Village President Toni Wardanian said.

“It’s stunning what they want to do with the outside,” Wardanian said. “What they’re selling really isn’t that hard to buy. It’s going to be a jewel up here, an absolute jewel. It could be a win-win for everyone.”

The deal, which was expected to close in mid-May, potentially could be delayed or reversed is the Prickett plan gains momentum.

But there are many ifs – not the least of which is an ongoing commitment to raise the $100,000 village staff estimated would be required to make all of the necessary electrical and structural repairs. Taxpayers have spent in excess of $144,000 during the past decade on new windows, improving access and fixing the roof.

“Nobody wants to see it torn down. It’s a great, old structure,” Wardanian said. “But it’s been neglected for so many years, despite folks putting love and care into the building. The village’s pockets are never going to be deep enough to make it happen. … I want to do what’s right for the taxpayers. There are just 858 households in Richmond.”

Despite its efforts, the village has found the hall, which boasts a balcony and stage, a tough sell – even at a mere $50, the cost residents pay to use it for a day.

“We want to rent it, but when people walk in, they find it not exactly what they were expect – especially without a working kitchen,” Wardanian said. “We’re beating our heads against the wall trying to get people in here. The village doesn’t have a purpose for it.”

But could it? I am encouraged whenever I see the public shake off its collective ambivalence and get involved. That that seems to be what is happening in Richmond.

“A private owner is better than the village shoe-stringing it; putting a Band-Aid here and a Band-Aid there,” Wardanian said. The reason, she and other argue, is that he or she would be motivated by profit.

But what about a nonprofit? Woodstock is making use of a similar formula with Friends of the Old Courthouse. Another option would be a private/public partnership, where an entity could get a long-term lease for nominal amount in exchange for financing repairs to the building. The difference is the building would remain in the public’s hands, as was originally intended.

Memorial Hall was constructed using money from the will of Charles DeWitt McConnell, grandson of Richmond settler and patriarch, William A. McConnell.

Charles DeWitt McConnell requested $10,000 be used toward building a village meeting place for all the people to use and enjoy. It has housed the library, police department, school gymnasium, and hundreds of community events over the years. Memorial Hall was added to the U.S. National Register of Historic Places in 1993.

“We stand at an important moment in time,” said Allison Kessel Clark, founder of the Facebook group Saving Richmond’s Historic Memorial Hall. “The choices made today cannot be undone tomorrow. One hundred years from now not a single one of us will be around, but our grandkids might. And that building given to Richmond 115 year ago might [be around], but only if it’s given a chance.” 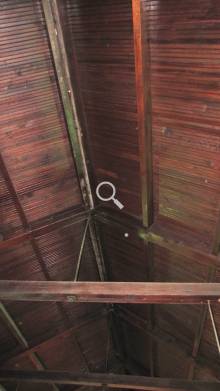