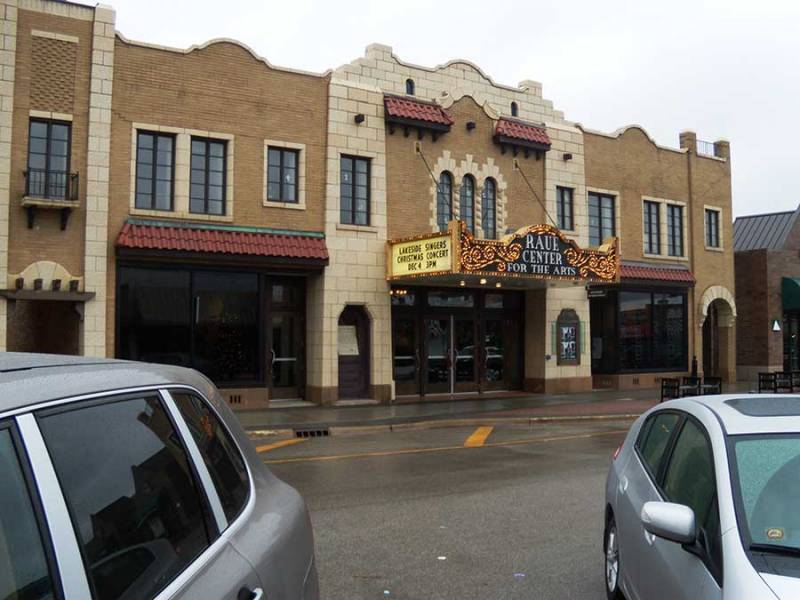 Advertised as “Northern Illinois most beautiful theater,” about 8,000 people flocked to Crystal Lake during the four-day grand opening event that kicked off on June 25, 1929. The Crystal Lake Herald proclaimed “The El Tovar Opens!” Seating 900 and having the movie magic of “Talkies,” using RCA’s “photophone” equipment, a trumphiant debut was guaranteed. Besides screening the very best movies, the El Tovar also featured high-class vaudeville acts on weekends.

Designed by theater architect Elmer F. Behrns, the original two-story El Tovar Theatre was complete with dressing rooms, an orchestra pit, modern stage, and large mezzanine. Behrns was best known for his atmospheric architecture of fantasy and the El Tovar, with its mix of California Mission and Spanish Eclectic, was no exception, inside and out. Nine theatres in Illinois were designed by Behrns, showcasing exotic styles that held a fascination for the public.

The El Tovar also boasted apartments and two flanking store fronts; all at the cost of just over $165,000 (about $2.2 million in today’s dollars). The theater operated as the El Tovar for 23 years before being sold 1952 and renamed the Lake. Eventually resold again, it became Showplace 8, part of a multiplex theater group.

The age of television and home videos greatly impacted movie theaters and the future of the El Tovar did not look good. The stage was becoming unsafe, the dressing rooms were crumbling, walls were flaking and the roof was leaking, but the tide was about to change.

With a gift from The Lucile Raue Family Estate – along with matching funds, hard work and community support – the old theater was purchased and in 1999 work began to restore and modernize the facility. In August 2001, a first-class venue for the visual and performing arts emerged. The Raue Center is named for its shy benefactor, Lucile Raue.

During renovation the Raue’s board members, staff, and craftsmen paid tribute to the El Tovar by preserving and enhancing its original motif. Today, just as in 1929, the entrance is flanked by two wide tapering, ivory colored, terra cotta towers, supporting an ornate Mission-style gable. The entire front parapet wall is capped off with rich flowing terra cotta. The buff brick façade is accented by ornate timber supports, arched openings with terra cotta quoining, highlighted by bright clay tile roofs, all giving one a taste of what’s inside.

Enter the lobby, under the Raue marquee, and you are transported to a Spanish courtyard or arcade, complete with impressive stenciled roof timbers, textured stucco, stained glass and ornamental scrolled ironwork. Look down and you’ll see the one of a kind, 85-year-old, terra cotta mosaic floor. The visual treat continues upon entering the theater. The richly upholstered seating for 900 is surrounded by a warm and friendly Spanish plaza, complete with whimsical balconies, fanciful staircases, and cozy arched porticos, covered by an assortment of clay tile roofs.

This, all under a midnight blue sky complete with twinkling stars. Today, the Raue Center enthusiastically brings you the opportunity to witness contemporary, vibrant performing arts on a state-of-the-art stage Winston Churchill said “First we shape our buildings; thereafter they shape us." This is very true, but unfortunately few of us in McHenry County know the historical background of the buildings that surround and shape us, such as the Raue Center. Your McHenry County Historical Society is working to change that. We invite people with architectural and/or historically significant buildings, homes, businesses, farms, to apply for a plaque. Contact the McHenry County Historical Society at 815-923-2267, info@mchenrycountyhistory.org.

A Road By Any Other Name 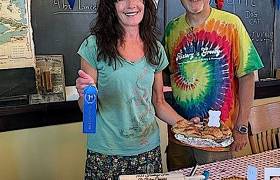 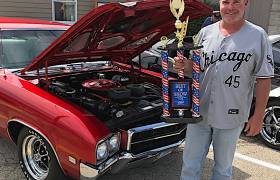