Let's be civil when it comes to the Civil War

Home » Let's be civil when it comes to the Civil War 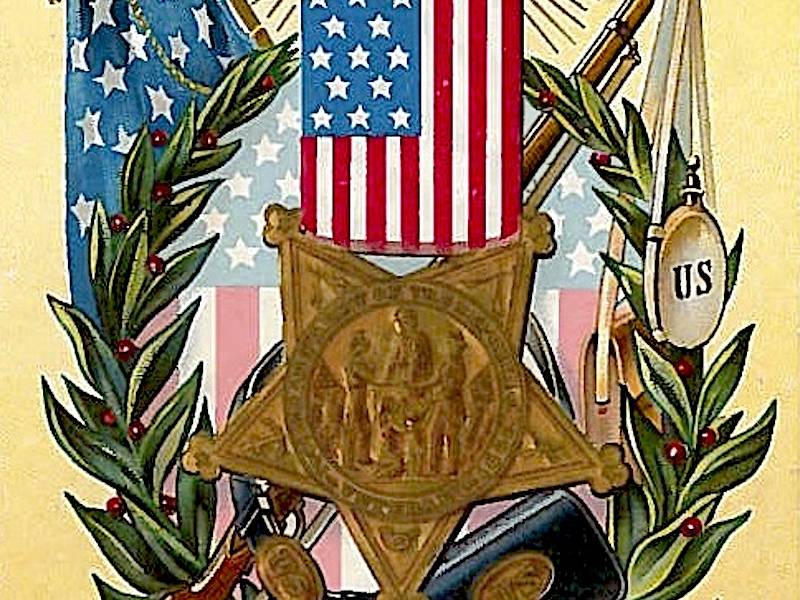 Let's be civil when it comes to the Civil War

It was never a problem when Civil War Days began in the 1990s, but apparently safety moved front and center this year with officials predicting dire conditions should the Union blue and Confederate gray square off on the verdant fields of Lakewood Forest Preserve.

The Lake County Forest Preserve Board announced last week that it is canceling the popular event, which draws in excess of 3,000 people, slated for July 13 and 14.

“Our No. 1 concern is the safety of participating Lake County residents and visitors, reenactors and vendors, as well as our staff and volunteers operating the event,” Lake County Forest Preserve executive director Ty Kovach said in a news release.

“This is a situation that probably shouldn’t have happened,” said John Tannahill, the Forest Preserve’s director of public safety.

Controversy materialized overnight this year once news of Civil War Days’ abrupt cancellation hit the national media. He said the smart approach, until new security measures can be adopted, was to choose caution over valor.

“It may change its scope a little bit,” Tannahill said of Civil War Days. “We may address a whole different set of educational opportunities. But it’s not dead. We reevaluate our programs every year anyway.”

In mid-June, the Daily Herald reported that board president Angelo Kyle advocated for ending the popular Civil War Days event, arguing that the Forest Preserve Board should focus on environmental issues rather than on history. He then tried to unilaterally nix Civil War Days, eluding to vague threats and insinuating that the presentation of Civil War history was somehow skewed in the name of political correctness.

All of this is disturbing on a number of levels.

History isn’t pretty – be it the death of 6 million Jews in Nazi concentration camps, the implementation of Jim Crow laws in the South or heinous mass shootings of more recent times. But for us to learn from these mistakes we, as a society, need to talk about it. History needs to be in our face in order for us to face it.

This year’s theme, “Go With the Flow,” commemorates the 50th anniversary of the Woodstock Music Festival. Tie-dye shirts and/or bell-bottom pants are encouraged – especially during the return this year of our popular cakewalk. Activities include an antique car show and white elephant sale, both starting at 9 a.m., and an antique auction starting at 10:30 a.m. Arrive early to view items and register.

Children’s activities also are a part of the festival. In addition to the “pioneer” discovery area from 11 a.m. to 1 p.m., magicians return with two shows on the museum stage – at 11 a.m. and 2:30 p.m.

Music will be provided by the Clef Hangers barbershop quartet from 11:30 a.m. to 1 p.m. and by DJ Jose Ramos, who will be spinning “oldies” during the vintage car show from 9 a.m. to 3 p.m. The free show features trophies for the top 20 cars, as well as best of show, and a one-of-a-kind “people’s choice” trophy.

The white elephant sale – featuring antique books, vintage clothing, garden plants and other one-of-a-kind items will be open throughout the day. Food, including homemade baked goods, is available for sale – including pies entered in the celebrated Heritage Fair pie-baking contest.

This year’s contest features three categories: fruit, berry and other. No cream pies, please. Interested bakers can register their pies between 9:30 and 10:30 a.m. the day of the Heritage Fair in the West Harmony School, located on the museum grounds. The entry fee is $2. Ribbons will be awarded to the winners in each category, plus a special award for the grand champion.
Pies will be sold by the slice immediately after the judging at the Heritage Fair’s bake sale with the exception of the grand prize-winning pie, which will be auctioned off. The grand champion will receive a trophy and their name engraved on a permanent trophy at the museum.

In addition to free admission to the museum, perks include a silent auction, book sale, bake sale, food vendors and the hugely popular Garden Glitz plant sale. For information, visit www.gothistory.org or call 815-923-2267.
The MCIGS conference runs from 8 a.m. to 3:30 p.m. at McHenry County College, 8900 Route 14 in Crystal Lake. Speakers include Lisa Louise Cook, owner of Genealogy Gems; Jay Fonkert, an instructor at the Salt Lake Institute of Genealogy; Michael Lacopo, an expert in adoption and immigration research; and author and DNA researcher Diahan Southard. For information, visit www.mcigs.org.

Published July 1, 2019 in the Northwest Herald