Let history be your guide to health care

Home » Let history be your guide to health care 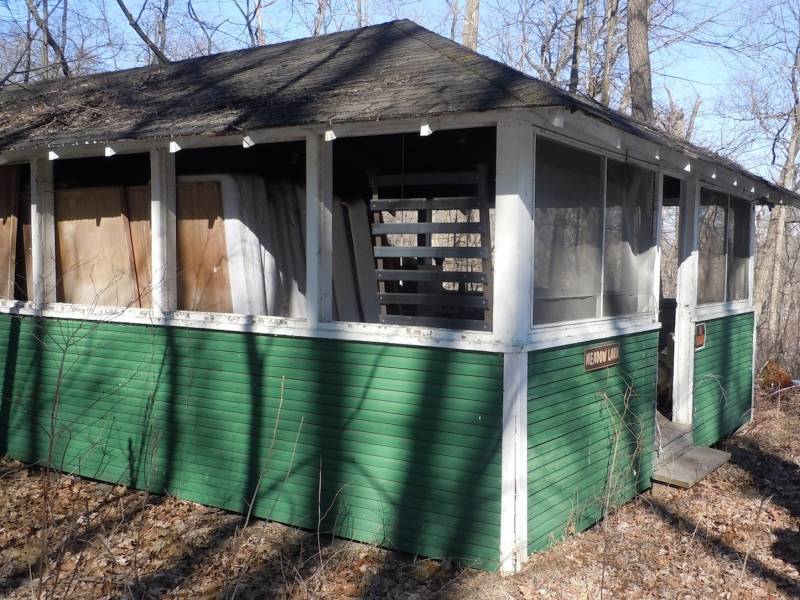 Let history be your guide to health care

As our state teeters on the edge of bankruptcy and our healthcare system descends into chaos, it is worth noting that we’ve been down this road before.

Granted, the road – abandoned long ago in favor of a high-tech and increasingly expensive system – has become overgrown. But if you look really hard, like an old railroad right-of-way faint impressions emerge.

In a 2005 article published in the Milbank Quarterly, a journal of population health and health policy, the authors summarize data received by a group of nearly 7,000 families in seven large cities surveyed early in 1933 by the United States Public Health Service, in cooperation with the Milbank Memorial Fund. Among its findings during the Great Depression, are:

“The volume of this free care in various groups of the population classified by income was from 25 to 75 percent of the physician's calls, 50 to 90 percent of the hospital days, and 60 to 100 percent of the calls by a visiting nurse. The “chronic poor,” a group that were poverty stricken even in 1929, show the largest percentage of free care and the largest total volume of hospital and visiting nurses’ service. Families that had suffered loss of income during the Depression received more hospital care, largely free, than families of similar economic status in 1929 that had not lost income. Total care by a physician was less among the poor than among the moderate and comfortable, but here again the poor received more free care. …”

Doesn’t sound all that different than what is happening today.

Health care became a luxury; leading to burgeoning of home remedies that ranged from cod liver oil to sulfur, malt syrup to brandy. And, of course, there was the fresh-air movement that included destinations like the former Camp Algonquin – the last fragments of which now are part of the McHenry Conservation District’s Fox Bluff Conservation Area.

National Public Radio’s Alex Blumburg and Adam Davidson pointed out in a piece for “All Things Considered,” that hospitals used to be places where people went to die. All that changed as medicines, medical training and equipment improved.

Blumburg and Davidson point out that “clean hospitals, educated doctors and real pharmacological research cost money. People proved willing to pay for care when they were really sick, but it wasn't yet common to go for checkups or survivable illnesses.

“By the late 1920s, hospitals noticed most of their beds were going empty every night. They wanted to get people who weren't deathly ill to start coming in. An official at Baylor University Hospital in Dallas noticed that Americans, on average, were spending more on cosmetics than on medical care: ‘We spend a dollar or so at a time for cosmetics and do not notice the high cost,’ he said. ‘The ribbon-counter clerk can pay 50 cents, 75 cents or $1 a month, yet it would take about 20 years to set aside [money for] a large hospital bill.’’’

The hospital began looking for ways to get regular folks to pay a little every month for healthcare. Blue Cross founder, Justin Ford Kimball, offered a way for 1,300 schoolteachers in Dallas to finance 21 days of hospital care by making small monthly payments.

According to Blue Cross Blue Shield in just 10 years enrollment in these plans grew to 3 million. E.A. van Steenwyk, executive secretary with the forerunner to Blue Cross and Blue Shield of Minnesota, identified his hospital care program with a solid blue Greek cross design.

By 1955, health insurance coverage reaches nearly 70 percent – up from less than 10 percent of the population in 1940. The Internal Revenue Service ruled in 1943 that employer-based health care should be tax-free. A second law, in 1954, enhanced these perks.

Demand is further fueled by the enactment of Medicare and Medicaid legislation in the 1960s; as well as the creation of Healthcare Maintenance Organizations (HMOs) and Preferred Provider Organizations (PPOs) in the 1970s and 1990s, respectively.

Today Blue Cross and Blue Shield companies cover nearly one in three Americans across the country. But can we afford it? The cost shift on on middle-class America is unsustainable.

A new analysis by the Kaiser Family Foundation estimates that the average monthly premium for a benchmark silver plan after tax credits in 2020 would be 74 percent higher under the Senate’s Better Care Reconciliation Act compared to the Affordable Care Act. Older and lower-income enrollees would see the biggest increases; with people age 55-64 paying 115 percent more under the Senate bill.

And the current plan isn’t any bargain, either.

According to a report by the New York-based Commonwealth Fund in 2003, the average annual premium was about 15 percent of the median household income for non-seniors. By 2012, it had risen to 22 percent.

And while premiums rose, benefits fell. Deductibles more than doubled for plans provided by larger and small employers.

“In 1900, the average American spent $5 a year on health care [$100 in today's money],” Blumburg and Davidson wrote. “No one had health insurance, because you don't need insurance for something that costs $5 a year.”

Now you cannot afford to be without insurance.

Fewer companies in the marketplace, coupled with the phasing out of the Affordable Care Act’s reinsurance program and rising financial losses by insurers meant that just 57 percent of exchange enrollees had a choice of three or more insurers this year. That figure stood at 85 percent as recently as last year.

The Commonwealth Fund Commission on a High Performance Health System outlined three approaches a decade ago:

Public insurance. Proposals that would cover nearly all Americans under public insurance programs, such as Medicare, with everyone covered through the same public system.

“In the commission's view, both the mixed private/public group insurance and the public insurance reform proposals have the greater potential to move the health care system toward high performance,” the Commonwealth Fund report concluded. “Both approaches have the potential to provide everyone with comprehensive and affordable health insurance, achieve greater equity in access to care, realize efficiencies and cost savings in the provision of coverage and delivery of care, and redirect incentives to improve quality. From a pragmatic perspective, however, the mixed private/public approach would cause far less dislocation by allowing the more than 160 million people who now have employer-based health coverage to retain it, instead of asking them to enroll in a new program.”

Suzanne Hoban, founder and executive director of the Family Health Partnership Clinic in Crystal Lake, believes the future of health care ultimately boils down to getting people to “fix the things that need to get fixed” in the Affordable Care Act, rather than “chipping away at its legs.”

“That’s why it makes sense to have as many people insured as possible,” Hoban said. “It spreads the risk to a bigger pool. If you ding people off of Medicaid and dump them on people who have better insurance, all those costs go up – making the premiums too high to afford or restricting coverage on essential benefits.”

Confronted with no viable options, Americans today – like their forefathers – could forgo coverage completely. And we already know how that operation ends.

“A lousy payer is better than no payer,” Hoban said.

The McHenry County Historical Society & Museum will host its 32nd Annual Heritage Fair from 9 a.m. to 4 p.m. Sunday, July 9, at the museum, 6422 Main St. in Union. Highlights include Highlights include an antique car show and white elephant sale, pie-baking contest and an expanded lineup of children’s activities. All events and admission to the museum is free. For information, visit www.gothistory.org.