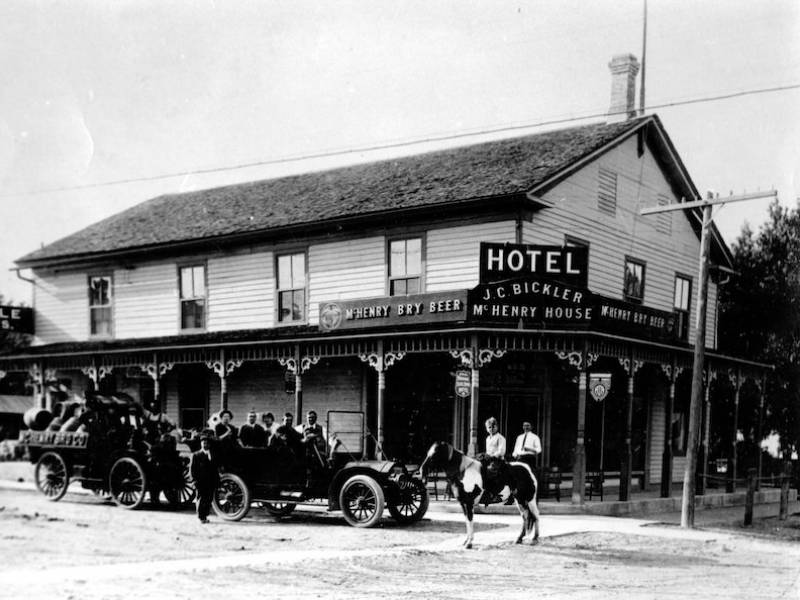 A developer wants to turn what some previously characterized as a bug bed-infested flophouse, into a uniquely historic destination.

The challenge is to preserve the underlying history.

The McHenry Landmark Commission and city officials have been meeting with Chicago-based Copley Equity Partners LLC as they formulate plans for reviving what was the county’s first courthouse.

Tentative plans for the Town Club, located at 1401 N. Riverside Drive, call for remodeling the downstairs into a bar/restaurant and the upstairs into a banquet hall. That will require an elevator and sorting through numerous additions cobbled onto the original building.

Rehabilitating the property could cost an in excess of $1 million, City Administrator Derik Morefield said. But he and Landmark commissioners want to ensure that the new facility (the name will disclosed as part of the liquor application in March) recognizes McHenry’s history as the original county seat.

“To me it was historic the day it was built,” Morefield said. “The underlying shell of the Town Club portion, we need to honor the memory and use it to tell the story of the original McHenry County.”

After three years of planning and negotiating, Rufus Soules and Caleb Davidson built the county’s first government center in 1838 on the public square in McHenry, now Veterans Park. County commissioners met for the first time there Aug. 5, 1840.

When Lake County split off from McHenry County in 1844, the county seat moved farther west to Centerville (Woodstock). Sheriff Henry M. Wait conducted a public sale of the former courthouse Jan. 8, 1844. The buyer, Horace Long, moved the building from the park to the northwest corner of Riverside Drive and Pearl Street.

“They knew going into it that tearing it down was not an option,” Morefield said of Kopley. “That being said it [building] was riddled with bed bugs. They had to gut the entire inside.”

Morefield said this latest redevelopment effort is part of a larger plan by the city to rediscover its historic roots along the Fox River and Boone Creek. These architectural touchstones, coupled with new festivals such as ShamRocks the Fox, are expected to attract tourism and economic development.

“It’s all about timing and I think we’re at the right time now in McHenry,” Morefield said. “People don’t think twice about the importance of the river and how it drove the economy of McHenry. We want to change that. … History adds an element to it that is unique. ”

SEE SLIDESHOW (below) showing what the building looks like now.
• • •
I

t’s been, well, awhile since I’ve flown on a commercial airplane. We’re talking People’s Express days, folks. So when I entered O’Hare International Airport last month for my flight, I wasn’t quite sure what to expect.

Would the TSA agents usher me into a back room put me under a hot white light? Not to worry. I simply did what everybody else was doing: removed my belt and shoes, emptied my pockets of everything and placed those aforementioned worldly possessions in a generic plastic tub(s) that tracked through a scanner, disgorged their contents on the flip side and then headed back for more.

I chose not to further complicate my life by securing a REAL ID. But on the outside chance that that I fly after Oct. 1, 2020, I’ll need to get one – or a passport – for the privilege of sitting shoulder to shoulder in an aluminum tube flying at 30,000 feet.

Federal law requires I bring a “certified” copy of my birth certificate. I’m not sure what certified means but I’m reasonably certain my mother will vouch for me … I think. I’m good regarding any name change documents (yes ladies, we appreciate your sacrifice … unless, of course, you maiden name was Poopenhouse). But I will need my Social Security card or W-2, and two of some two dozen other forms of identification. They range from a canceled check or credit card statement (with a logo) to a letter on official school letterhead – dated within 90 days prior to application, of course.

I’ll also need one of these: a driver’s license issued by an agency of the U.S. government (e.g., Department of State), or a driver’s license/ID issued by Illinois or another state; U.S. military service record (DD 214), canceled check (dated within 90 days prior to application), Cooperative Driver Testing Program certificate, court order, credit/debit card from a major provider, foreign passport, identification card issued by an agency of the U.S. government, Illinois Department of Children and Family Services Identification Card Verification Form, Medicare card (with suffix A, J, H, M or T), mortgage or installment loan documents, Social Security card, or U.S. Citizenship and Immigration Services forms I-551, I-766 and I-94 – i.e. the arrival/departure record … with a valid passport.

I’ve always thought I-94 was another name for the Edens Expressway.

Out of this world stuff.

Consider this example, issued in the form of a presidential proclamation. It reads: “... Evacuees must carry with them on departure for the Reception Center, the following property:

Bedding and linens (no mattress) for each member of the family.

Toilet articles for each member of the family.

Extra clothing for each member of the family.

Sufficient knives, forks, spoons, plates, bowls and cups for each member of the family.

Essential personal effects for each member of the family.
All items carried will be securely packaged, tied and plainly marked with the name of the owner and numbered in accordance with instructions received at the Civil Control Station. The size and number of packages is limited to that which can be carried by the individual or family group.”

Something from war-torn Somalia? Perhaps somewhere in the Middle East? No, these “Instructions to All Persons of Japanese Ancestry” followed the Jan. 14, 1942, presidential proclamation by Franklin D. Roosevelt, which required “aliens” from Japan, Italy and Germany to register with the Department of Justice. It triggered the full-scale internment of Japanese Americans the following month, to this nation’s everlasting shame.

Sam Klee, a doctoral candidate at Saint Louis University and a member of the adjunct history faculty at St. Louis Community College, will share his findings about a little known aspect of World War II as part of the McHenry County Historical Society’s 34th annual Sampler Lecture Series. The 4 p.m. program on April 6, discusses the forced labor of interred Japanese and – later – German prisoners of war, in the potato fields around Marengo and across the Midwest.

For a full lecture series schedule, visit www.gothistory.org. The four-part Sampler begins at 7 p.m. March 9 with a depiction of suffragist Alice Paul by Leslie Goddard. All programs are at the McHenry County Historical Museum, 6422 Main St., Union.

• Kurt Begalka is administrator of the McHenry County Historical Society and Museum. Email him at kurt@mchenrycountyhistory.org.
Published March 2, 2020, in the Northwest Herald 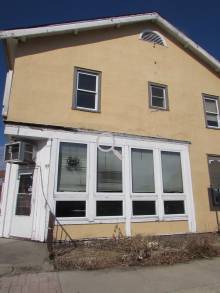