History suggests time to hop on board agri-tourism

Home » History suggests time to hop on board agri-tourism 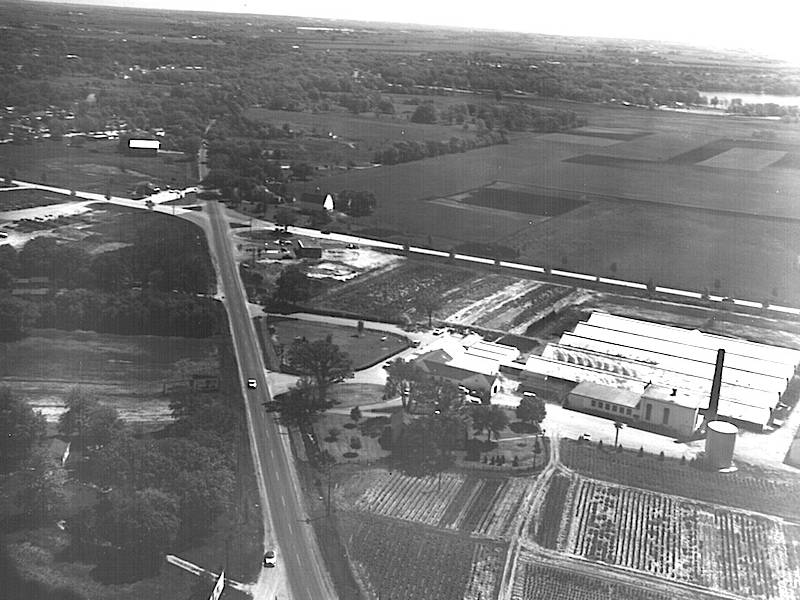 History suggests time to hop on board agri-tourism

One of hottest trends in agriculture has nothing to do with designer crops or pick-your-own produce. Far from quenching our hunger, this crop has more to do with our thirst.

I’m talking about hops, the vining plants whose buds lend bitterness to a host of pale ales. The Associated Press reported that in 2014, about 18 percent of brewers could not get two popular types of hops – Citra and Amarillo. The Brewers Association, an industry trade group, estimates that craft brewers are on pace to in increase production this year by 2 million barrels – boosting demand for the flavor-packed, “hoppy” styles of beer.

Curt Ames, president of Chain O’Lakes Brewing Co. in McHenry, uses a “hop broker” for his year-round and seasonal beers such as Fox River Scotch Ale and I’m Bock. Experimenting with different hop varieties is an integral part of the process … if he can find it.

“Most large breweries bought hops like a futures market,” Ames said, “so I had a hard time getting hops I wanted from suppliers.”

The Hop Growers of America reported total acreage grew by nearly 20 percent to more than 53,000 acres this year. While the vast majority of hops are grown out west in Washington, Oregon and Idaho, hop production is ramping up in places such as New York, Maine, Florida, Wisconsin, Michigan and – ah, yes – even Illinois. The growers’ association noted that hops production outside of the Pacific Northwest grew from fewer than 900 acres in 2014, to more than 1,200 last year, to nearly 2,100 this year.

There are at least five hop growers in Illinois, including Bier Blume Farms in Lena, about 40 miles west of Rockford in Stephenson County. Farm president Rich Hauser said they began growing hops in April 2014 and now have 3 acres in production, with a goal to expand that to 30 acres or more in the next few years. Their current varieties are Cascade and Chinook – developed by the United States Department of Agriculture and thus free of patents placed on varieties developed by private industry.

The good news, Hauser said, is that new hop varieties can be developed the old-fashioned way, rather than relying on genetic engineering. Because hops have male and female versions, it allows for cross-pollination – provided there are well-irrigated, sandy and sun-drenched areas on which to grow hops. Orchard-like, the plants can climb 16 to 20 feet up a trellis.

“The hops farms have trouble keeping up with demand, and that has led to the number of plants expanding,” Hauser said. “In the U.S., we’re up 15 percent since last year. A lot of people are putting acres in the ground out West, and a few are popping up in Illinois. … Hops used to be big here in the 1800s until mildew came around to the drier valleys where it was grown.”

Will hops production return to McHenry County? Don’t be surprised. Rural Woodstock, at 906 N. Rose Farm Road, was once the epicenter of – you guessed it – rose production in the United States. Begun in 1927 by Pete Hinner and Otto Bauske, the Otto Bauske & Hinner Rose Farm once boasted an estimated 300,000 plants in 35 greenhouses and employed more than 100 people. Some 60 German prisoners of war also worked there during World War II.

The fruits of their labor – an estimated 7.5 million roses a year – appeared on floats in the annual Tournament of Roses Parade in California and in countless Valentine’s Day bouquets. It closed in March 1981, a victim of higher costs and increased foreign competition. Colombia and Ecuador account for about 90 percent of all roses sold in the United States. A report by the California Cut Flower Commission found that 79 percent of all cut flowers and greens sold here are imported.

While hops are being grown in South America, as well, it is my hope the locally grown/locally sourced movement will prevail. Besides, how cool would it be to have a winery style operation with a hops vineyard, brewery and tasting room all in one spot? That has the potential of satisfying both the county’s thirst and its need for an economic boost.

•••
Draw the curtains, cover your mirrors, set traps for the Resurrectionists at your loved ones’ graves, and put a bell in the coffin. Michael Murschel, author of “The Uncommon History of Elgin, Illinois and Surrounds,” and Judi Brownfield, owner of Books at Sunset, will present the “Victorian Art of Death” at 7 p.m. Oct. 12 at the McHenry County Historical Society Museum, 6422 Main St., Union. Participate in a shadowy procession through more than 100 exquisite points of Victorian funereal culture. For information, visit www.gothistory.org.
• Kurt Begalka is administrator of the McHenry County Historical Society. He may be reached at kurt@mchenrycountyhistory.org.