History remains a mystery for far too many Americans

Home » History remains a mystery for far too many Americans 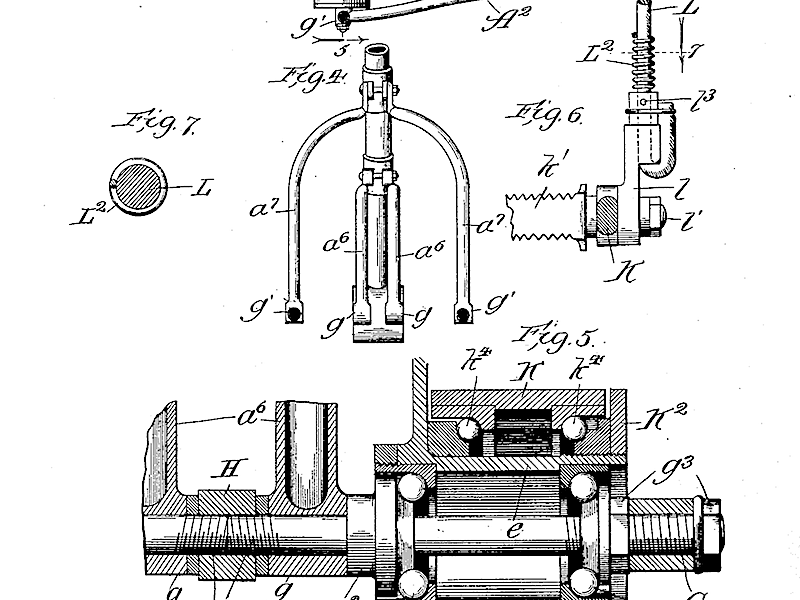 History remains a mystery for far too many Americans

A recent article in “The Federalist” underscored a disturbing educational trend: Students are increasingly ignorant about U.S. history.

The sobering statistics disclosed include:

• A 2014 report by the National Assessment of Educational Progress showed that only 18 percent of American high school students were proficient in U.S. history.

Benjamin Schmidt of Northeastern University found that history has witnessed a dramatic decline in the number of bachelor’s degrees awarded.

An article in Education Week noted, “Fifteen states require students to take a U.S. history exam, compared to 19 states for civics. But students are not necessarily required to pass some of these exams and, in the case of civics, the assessment used in some states is essentially a version of the 100-question test taken by immigrants seeking citizenship status.”

Also, a third of college graduates could not identify the Bill of Rights as a name given to a group of constitutional amendments; about 60 percent of survey respondents knew that the U.S. Constitution establishes the division of powers between the states and the federal government; less than 20 percent could accurately identify (in a multiple-choice survey) the effect of the Emancipation Proclamation; 39 percent did not know Franklin Roosevelt was the president during World War II; and about 62 percent could not identify the correct length of congressional terms.

During the recently completed Illinois gubernatorial election, 48 percent of McHenry County voters cast ballots. They will get another opportunity to improve during the April 2 primary.

“There is little that is more important for an American citizen to know than the history and traditions of his country,” President John F. Kennedy wrote. “Without such knowledge, he stands uncertain and defenseless before the world.”

“The object of my invention is to provide a simple, economical and efficient safety bicycle of the rear-driven type,” it reads. “The advantages of my improvement will be readily appreciated by persons engaged in this particular art, and consist principally in an improved, efficient driving mechanism, such as will be more fully hereinafter set forth in the claim. …

“In a bicycle of the class described, the combination of a frame portion provided with a front steering wheel and areal driving wheel, a sprocket shaft in the frame portion, a pair of sprocket wheels independently and rotatably mounted thereon, a circular ratchet on each sprocket, a right angular vibrating lever mounted on the hub of each sprocket wheel, the outer end of each having a pedal portion and the inner angular member carrying a pawl engaging the ratchet, antifriction bearings interposed between the lever and sprocket wheel hubs, a cable or similar mechanism connecting the pedal levers together so that the downward movement of one assists the opposite movement of the other, and helical springs surrounding the cable to limit its movement and restore the parts to a normal position, substantially as described.”

In simple language, this new type of bicycle, invented by brothers Frank and Dell Latimer of Huntley, boasted two chains and two sprockets on either side of the wheel. The rider pumped up and down, more like a StairMaster than the traditional circular movement we’ve come to know. Also, the tires were pneumatic (filled with air) and mounted on wooden rims.

“You’d peddle up and down instead of a round motion,” said Nancy Bacheller, a local history expert with the Huntley Area Public Library. “It had a pulley kind of action to it.”

The Latimer brothers built a prototype. They even contracted with Collins and Burgie Stove Works in Marengo to manufacture their bikes – one of which (only two are known to exist) is owned by Huntley historian Tom Conley.

But the operation, for one reason or another, never took off. Perhaps it was a lack of capital. There was an appeal to raise $5,000 from residents to build a plant. Some say Goodyear and/or Goodrich stole or acquired the brothers’ patented process for making pneumatic tires. Regardless, the company was out of business by 1902, Bacheller said.

Bacheller said the Latimer building at Mill and Church streets in Huntley later became the Victor Mey dairy plant. Located just east of what was Dean Foods, the building since has been razed.

Collins and Burgie burned down during a horrific fire Oct. 3, 1907.

The Huntley Historical Society will present a program Tuesday on the Latimer bicycle, with Conley’s “velocipede” on display. Speakers will include Bacheller, Conley and Sun City Bicycle Club past president Grant Jahr. The free program begins at 6:30 p.m. in the Huntley Park District’s multipurpose room, 12015 Mill St.

The McHenry County Historical Society and Museum’s 33rd annual Sampler Lecture Series begins at 7 p.m. Monday at the museum, 6422 Main St., Union. Anthropologist Rebecca Graff of Lake Forest College will share her work preserving artifacts from the iconic White City – home of the 1893 World’s Columbian Exposition and the disputed site of the Obama Presidential Center in Chicago’s Jackson Park. Tickets are $10 and are available at the door. For details, visit www.gothistory.org. 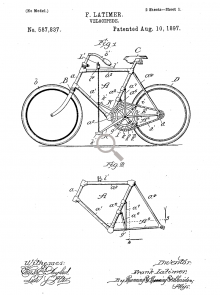