Gudauskas delivers honey of a program 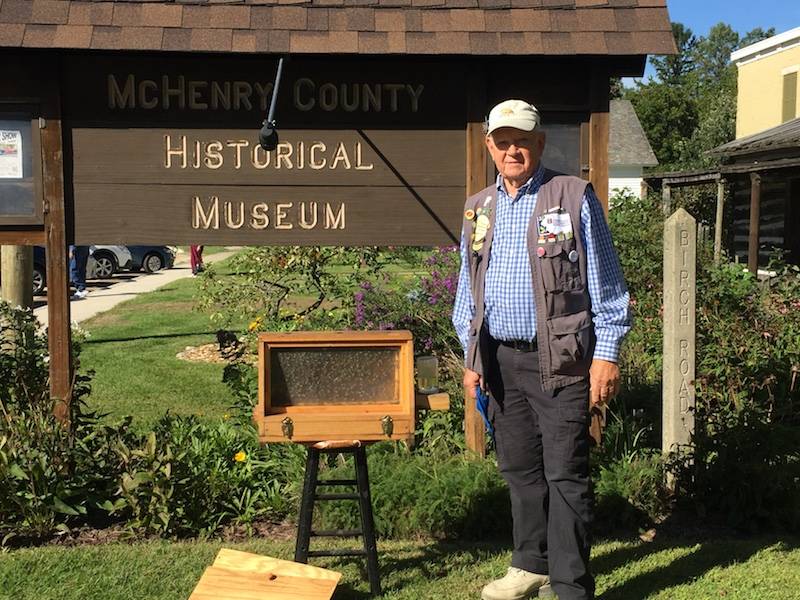 Gudauskas delivers honey of a program

Bees pollinate about three quarters of all fruits, nuts and vegetables grown in the United States.

And that’s just a start.

The Food and Drug Administration notes that honey bees produce honey, pollen, royal jelly, beeswax, propolis, and venom – all collected and used by people for various nutritional and medicinal purposes. But there is very real threat to bees and the vital products they produce. U.S. beekeepers lost nearly 40 percent of their honeybee colonies – a record – last winter, according to the Maryland-based Bee Informed Partnership.

“The biggest thing right at the moment is colony collapse disorder,” said Jerry Gudauskas, a 24-year master gardener and certified master beekeeper from McHenry. “Poor queens developing and a lack of food sources are problems, but the biggest thing in the world is the Varroa mites and the viruses they carry. There are theories and concoctions as to why, but we don’t know for sure. All we know is that we don’t have the environment we did in the 1850s.”

The non-native “white man’s fly” was shipped to the colonies from England in 1622, and quickly populated this country. Along with native bees, such as the mason and leafcutter varieties, they pollinate everything from flowers to fruit; cabbage to coconuts.

But many pivotal pollinators have become collateral damage in the war against other insect pests. Enforcement of insecticide labeling rules, showing a “bee hazard” warning when appropriate, as been spotty. Soils lack the nutrients, affecting the quality of seed and pollen harvested by bees and their brethren. And then there is climate change.

“A new analysis of a massive, international dataset has found that, in the span of just a few decades, the number of places populated by bumblebees have declined by 46 percent in North America and by 17 percent across Europe,” Smithsonian Magazine reported. “Climate change appears to be a major culprit, driving temperature spikes and extreme heat waves that – combined with pesticide use, disease, and habitat loss – may threaten the insects with imminent extinction.”

During the last six years, Gudauskas said he has gained a whole new appreciation for the role pollinators play in food production. Topics covered at the Sept. 19 "Bee All You Can Bee" program included bee history, some rudimentary information about beekeeping and tips for creating a bee-friendly yard.

“We need to have flowers for when bees need that pollen and nectar,” Gudauskas said. “I like to get people involved with bees so that they respect them and are not afraid.”