Give a home where a buffalo can roam

Home » Give a home where a buffalo can roam 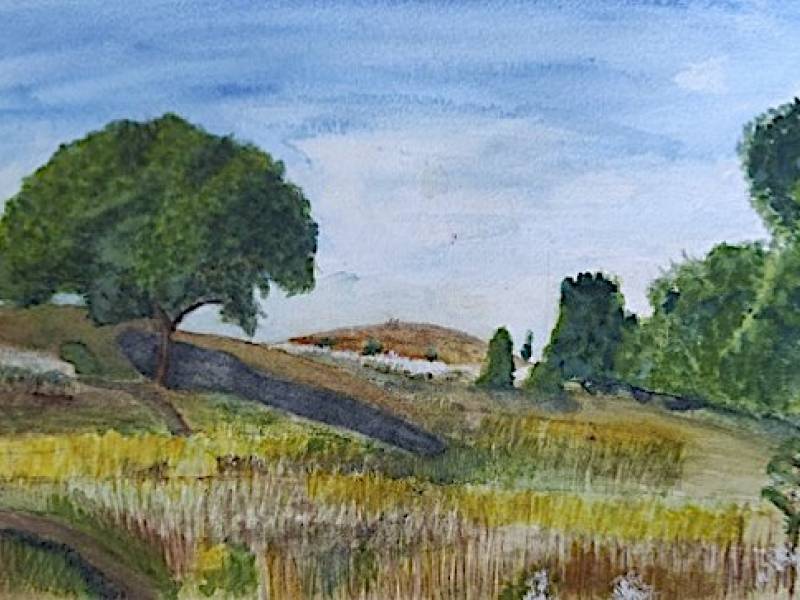 Give a home where a buffalo can roam

Billie the buffalo has been kicking up a lot of dirt in nearby Wauconda.

Not to be confused with Billy Buffalo, mascot of the National Football League’s Buffalo Bills, this Billie is a different type of hero: a 1,300-pound American bison which had managed to elude authorities in Lake and McHenry counties since escaping from the Milk and Honey Farmstead in September.

Consider her a regular Billie the Kid.

Since she set up shop in the 2,800-acre Lakewood Forest Preserve at Route 176 and Fairfield Road, the Lake County Forest Preserve has laid down the law: Farm owner Scott Comstock was told remove her by Memorial Day or face fines of up to $500 a day.

“She’s a beautiful animal. I just don’t understand the flexing up, particularly on taxpayer-owned land. To me, this is extortion money,” Comstock said. “I understand they want it out of there but we’re doing the best we can.”

Comstock said Billie had been “hanging in the area” while on the lamb, befriending horses and even a donkey – all the while avoiding several near capture attempts in which he couldn’t quite get the trailer or barn door closed in time.

“They are not confrontational animals,” Comstock said. “She doesn’t like dogs, but even though they are not supposed to people let their dogs off the leash. When we walk up to her, she just walks away. She’s never attacked anybody. … I feed her every day and have eyes on her. I’m trying to do this (capture her) without hurting and disrupting anyone’s lives.”

But now all that angst – as they like to say – is history. The Lake County Forest Preserve District announced Wednesday that it worked with a professional livestock specialist, Matt Noble of Loose Cattle Caught, to safely capture the bison last Friday.

According to the forest preserve news release, Noble “utilized a crew of specialists, a drone, horse and dog in attempt to locate the bison. She was located early this morning and Noble lightly tranquilized the animal. The tranquilizer did not put her in danger or make her fall to the ground. Its purpose was to slow her down.”

When Billie slowly made its way to the barn for food, Noble was able to close the door.

“We are thankful the animal has been removed from the forest preserve safely before Memorial Day weekend when attendance at preserves increases,” said Mike Tully, chief operations officer for the Lake County Forest Preserves, in a written statement. “The safety of our users and the animal has been our No. 1 priority throughout this process. Bison are considered domestic livestock in Illinois, therefore roaming free in a public forest preserve is not an appropriate place for it to call home.”

It is estimated that up to 60 million American bison wandered the Great Plains and beyond, including Illinois. However, by the late 1800s, these bison were nearly driven to extinction. The Nature Conservancy noted that by 1905, there were just 835 wild bison and 256 in captivity at that time.

Conservation efforts, such as those underway at the Nachusa Grasslands, home to a small wild herd northeast of Dixon, have helped. But the species is a long way from being out of the woods. And that makes the forest preserve’s decision to ratchet up the pressure even more perplexing.

It took this wayward bison and vague threats of public endangerment to reach this tipping point. Curiously, there was far less angst regarding the demolition of many historic structures on the former gentleman farm owned by famed Chicago contractor Malcolm J. Boyle.

Starting in March 2020, the district began implementing a $5.1 million master plan that called for the clearing and leveling of land and the demolition of nearly all of the 16 buildings originally part of Lakewood Farms – some of them dating prior to the Civil War.

Casualties included the main residence, barns, a granary, chicken house and a converted bull barn that once housed the Lake County Discovery Museum and the Curt Teich Postcard Archives Collection. Only the dairy barn remains.

A beer tasting package, $20 at the door, includes souvenir pint glass and five tasting tickets. Additional tastings are available for $3 per ticket. All proceeds benefit the McHenry County Historical Society. Fire & Smoke BBQ Company and Julie Ann’s Frozen Custard also will be on site, as will music from The Corner Boys.

For more information, go to GotHistory.org.