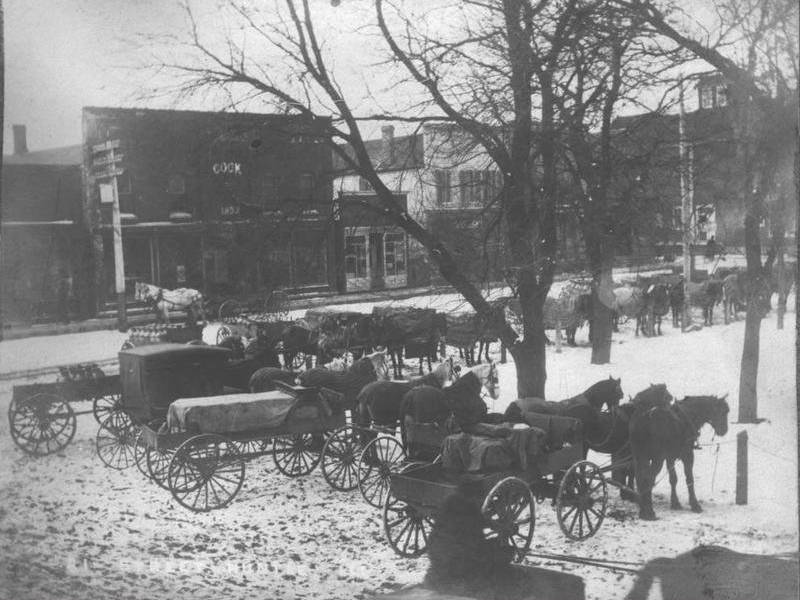 As of May 22, Arkansas took top honors for having the lowest average price for a gallon of regular gas, according to AAA. Its $1.601 paled next to Illinois’ $2.212 per gallon – second priciest in the nation. Only California drivers ($2.841 per gallon) paid more.

It is worth mentioning fuel costs are on top of $1.9 billion in vehicle-related tax and fee hikes which were passed in Illinois last year. They include a doubling of the state’s gas tax – which, incidentally, will automatically increase each year with inflation.

So it’s not surprising that Illinois House Bill 4571 remains in park. The Gas Station Attendant Act, sponsored by Camille Lilly, D-Chicago, would ban motorists from pumping their own gas – for a price, of course.

I am old enough to remember “full service” stations. You’d pull into a station across one of those rubber hoses that trigger a pressure-activated switch. A distinctive “ring, ring” would summon an often distracted mechanic from the station; a shop cloth sticking out of his back pocket. Before that, uniformed attendants would scamper up to the driver’s window.

They’d ask my mother, “What can I get ya?” Responses ranged from a simple “fill ‘er up with premium” to “check under the hood” to “I think the front, passenger-side tire might be a little low.”

Cleaning the windshield was a given, as was paying the attendant in cash. The polite ones received a tip for their trouble.

But starting in the late ’60s cost-cutting moves led by Mobil and Shell fueled change. According to energy blogger Robert Bradley Jr., in 1971 customer dispensing of gasoline was illegal in 14 states – including Illinois. Still, by 1972, an estimated 15,000 self-serves were in operation across the country. Following the gas crisis of 1973 (remember those locking gas caps?) Illinois reversed course in 1976 and allowed self-serve pumps.

Today, New Jersey is the only state that requires full service at gas stations.

Lilly’s bill, introduced in February and now idling in the House Rules Committee, reads: “No gas may be pumped at a gas station in this state unless it is pumped by a gas station attendant employed at the gas station.”

Designed to address convenience and safety issues at the gas pump, it could wind up addressing much more. Several small operators in such states as California, Alabama, Kentucky and Florida have resumed offering full-service fueling out of fear that sharing pump handles could cause the coronavirus to spread.

If passed, the self-service ban would go into effect Jan. 1, 2021.
***
The Smithsonian has launched “Smithsonian Open Access,” an initiative that removes copyright restrictions from about 2.8 million of its digital collection images and nearly two centuries of data.
People now can download, transform and share this open access content – more than 3 million images - for free, without further permission from the Smithsonian. Content includes high-resolution two- and three-dimensional images of collection items, as well as research datasets and collections metadata, which users can download and access in bulk.
Content covers the arts, sciences, history, culture, technology and design.

It will add more items on a continuing basis as they are digitized, researched and published online.

Previously, the Smithsonian made more than 4.7 million collection images available online for personal, non-commercial and educational use.

Now, with Smithsonian Open Access, nearly 3 million of those images carry a Creative Commons Zero designation, which waives the Institution’s copyright and permits a greater variety of uses, both commercial and non-commercial, without the need for Smithsonian permission or payment.

While our collective attention is focused on COVID-19, a great deal of Illinois governmental housekeeping is not getting done. And two things that should be at the top of everyone’s list are pension reform and legislative mapping.

Change Illinois notes: “Every 10 years when U.S. Census data is released, political parties draw legislative boundaries and choose voters who are most likely to give them a political advantage on Election Day. This practice, known as gerrymandering, produces uncompetitive elections, career politicians, and governmental deadlock all because politicians have little to no reason to fear the consequences of being thrown out of office.”

The League of Women Voters of Illinois notes that the Fair Maps Amendment would:

• Establish an independent redistricting commission that must be demographically, politically, and geographically representative of our state to draw our Congressional and General Assembly maps.

• Remove politicians and sitting legislators from drawing their own districts.
* Add sunlight and transparency by requiring the release of all communications made by the Commission as well as any data used to create and propose any and all maps.

• Give the public the opportunity to participate in the process by requiring at least 30 public hearings on the maps before a final vote is taken.

The state’s sorry pension system, burdened by constitutionally sanctioned increases that allow some public retirees to earn more than they contributed to the system, could be particularly hard hit.

A new report by the University of Illinois’ Institute of Government and Public Affairs predicts post-COVID state revenues will drop by between $4.3 and $14.1 billion in the 2020 and 2021 calendar years. Under the most severe model, which accounts for a protracted downturn followed by a weak recovery after the pandemic, Illinois could lose more than $28 billion between calendar years 2020 and 2023.

The May 3 deadline to constitutional amendments on the November ballot to deal with each of these very pressing issues has come and gone. Remember that when the politicos roll out their “Fair Tax” effort soon. I fully expect a withering marketing campaign, and certainly there will be threats. But taxpayers need to hold firm and speak the language that machine politicians are all too familiar with: You have to give a little to get a little.

During this time, masked in stay-at-home orders and awash in hand sanitizer, the Huntley Area Public Library is among the institutions offering free access to local history. By visiting lh.huntleylibrary.org, folks can read about the town’s early history, peruse the local history subject index and read digital copies of the now defunct Huntley Farmside newspaper and listen to oral histories – among other things.

Now that you have the time, spend a little of it learning about your family at its place in McHenry County. Many resources also are available at the McHenry County Historical Society & Museum in Union. For details about these resources and the latest on MCHS’ reopening plans, in accordance with state and federal guidelines, visit www.gothistory.org.

* Kurt Begalka is administrator of the McHenry County Historical Society & Museum. He may be reached at kurt@mchenrycountyhistory.org.