Finding a house to call home easier said than done 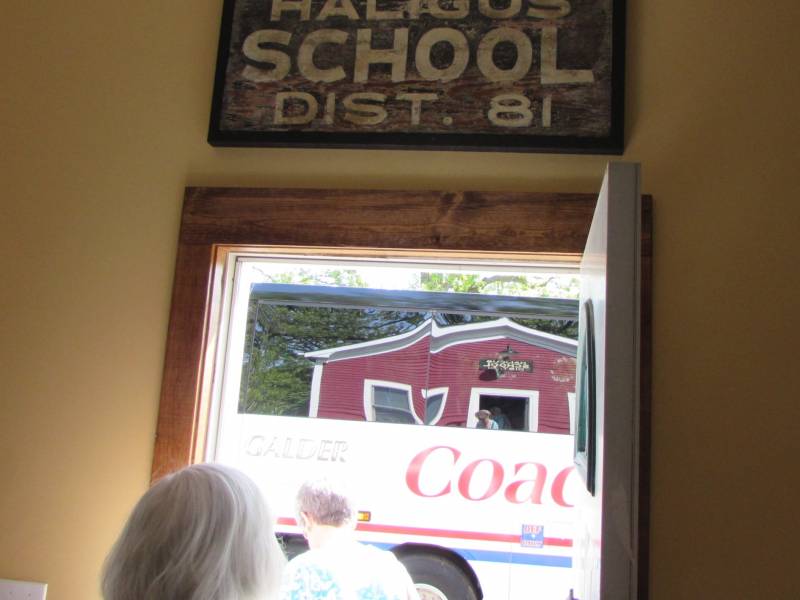 Finding a house to call home easier said than done

In 1991, McHenry was the fastest growing county in Illinois. At the time a record 183,241 people called his place home – up 24 percent from a decade earlier.

But since those development-driven days of soaring land prices, easy financing and burgeoning employment opportunities, the pace has slowed. In July 2004 McHenry County was the 75th fastest-growing county in the nation; by 2006 it had fallen to 86th. Today we are a statistical blip in a destination landscape dominated by the Sunbelt, as well as by states such as Utah, Nevada, Idaho and Colorado.

As early as spring 1999, county officials were predicting a pause in what had been meteoric population growth. New construction slowed. Municipalities, which had jockeyed to annex key parcels their neighbors coveted, began to reach their limits – geographically and financially. And, of course, rising property taxes and state budgetary woes have done nothing to mitigate that trend.

The report shows a 10-percent drop in the value of new construction across the county last year. While it signals an improvement compared to the 16-percent drop in 2017, it is part of a nationwide trend. The Associated Press recently reported U.S. home prices rose at their slowest pace in more than six years in January. “Home prices are now rising at roughly the same pace as incomes, a remarkable shift after six years of increases that far outpaced wages,” the story stated.

McHenry County Assessor Robert Ross points in the annual report that the median sale price for existing single-family residences in the county rose 6.6 percent last year to $221,200. However, the number of homes sold has remained relatively static. The county Department of Planning and Development’s annual report indicates there were 1,123 building permits issued in 2018; part of a five-year average of 1,073 permits. This compares to the more than 3,000 building permits issued annually in the early ’90s.

Also interesting is the number of annexations are half what they were in 2015, but more property is changing hands … with a caveat. Larger, more expensive homes are not moving while entry level homes are flying off the shelves.

“There are so many homes, that had dropped drastically [in value], back to where they were three years ago,” said Carol Saunders, McHenry County chief deputy assessor. “People are going for the smaller homes and they are paying for them.”

Jim Haisler, chief executive officer for the McHenry County Association of Realtors in Crystal Lake, said  the number of properties listed for sale jumped 6 percent between 2017 and 2018. In fact, he said, 40 homes just came onto the market last week. And if the statistics hold true, sellers will fetch nearly 96 percent of what they are asking for.

“It is moving from a balanced point toward a seller’s market,” Haisler said.

Haisler said supply remains tight, especially for homes selling for less than $200,000. They are on the market an average of 2.6 months.

“We don’t have enough sellers and we don’t have enough buyers,” he said. Haisler cited political unrest, a lack of new home-owning households and a shortage of entry level houses as factors. Young people are living with their parents longer. Also, companies such as Dallas-based Invitation Homes snapped up house that were foreclosed or under water during the mortgage crisis in order to rent them out.

Today is the deadline to apply for $1,000 Nancy Fike Scholarship. The McHenry County Historical Society awards a $1,000 scholarship each year to a graduating senior from a McHenry County high school who plans to study education, history, or the social sciences. This year’s essay topic relates to World War I. For details, visit www.gothistory.org.

The county board’s Planning & Development Committee on April 2 recommended architect Melody Jacobson of Woodstock, AT&T manager Susan Zeller of Crystal Lake, Realtor Sarah Metivier Schadt of Woodstock, teacher Alfonso Casal of Spring Grove, and Derek Gablenz, a Crystal Lake resident who teaches history in Barrington, for appointment to the McHenry County Historic Preservation Commission. The county board's Committee of the Whole will weigh in April 11 and the full county board will vote April 16.

Getting the commission up and running is critical. Not only has a landmark application for Ford School in Lake in the Hills been languishing since 2017, the historic Cold Springs School in Bull Valley and Haligus School near Lakewood are for sale. Each are unique assets that deserve to be preserved for future generations.

Join the McHenry County Historical Society at 7 p.m. tonight April 8, for "A Peek into the American Indian Way of Life Through Their History and Oral Traditions." Enter the world of the American Indian with Ojibwa Kim Sigafus and discover what it once was to be Native – and what it means to be Native now. Doors open at 6:30 p.m. at the museum, 6422 Main St. in Union.  The program is made possible with the help of Illinois Humanities. For details visit www.GotHistory.org for information.

Published April 8, 2019, in the Northwest Herald