Continuing to Educate: Union School at 150 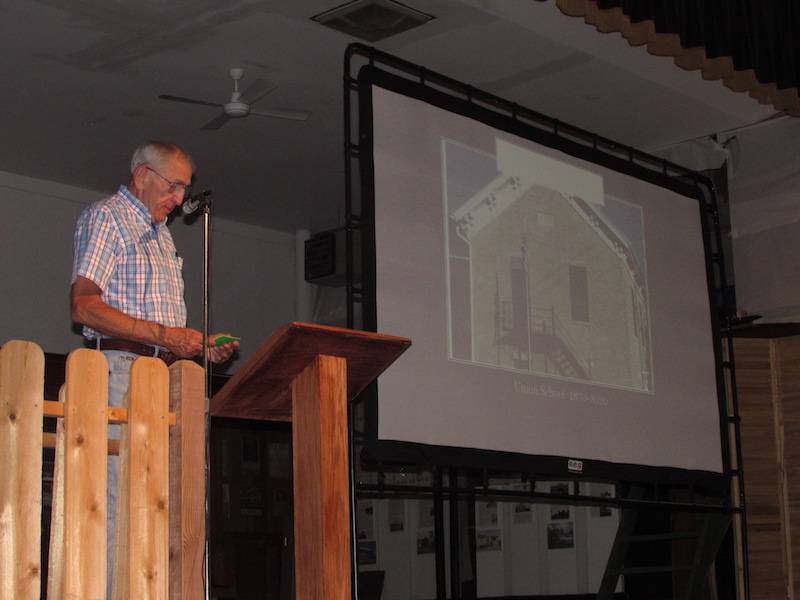 Continuing to Educate: Union School at 150

When Union School was built in 1870, it must have been quite the imposing structure.

Consider that the village, itself, had only been established in 1851. So in just 19 years the community managed to errect an imposing, two-storey limestone structure at a whopping cost of $8,000. It featured two large classrooms (28-by-29 feet) and two smaller "recitation" rooms in which students verbally completed their lessons. Speaker Bob Frenz noted the latter was a critical part of learning in the 19th century.

In 1916 an addition was made, in what is now the McHenry County Historical Society's Research Library.  The third room enabled the school to accommodate primary (grades 1-3), intermediate (grades 4-6) and junior high  (grades 7 and 8) students. In 1938 the second floor was converted into a gym, used by the general student body and sports teams. Frenz showed a picture of the 1915 girls' basketball team... 60 years before Title 9!

The lower floor housed a public library, that Frenz said was used by teachers from one-room country schools, as well. in about 1946 the gym was partitioned and the east end of it (which had been a stage)was converted into a kitchen. The first "hot lunch" program began. When the kitchen eventually moved, it was turned into a science laboratory. The bulding also accommodated a "high school" of sorts – probably two years max – until Marengo built its high school in 1918-19. That old high school now serves as a middle school.

Frenz said for most students at the time, education ended after 8th grade. The first graduating class was in 1892-93.

There is some disagreement on who actually built Union School, Frenz told the group at July 24 annual meeting. One account names a Henry Bright, but Frenz believes he was more likely a sub-contractor. A more likely candidate was a Henry Crandall. The limestone was quarried near Garden Prairie for Union School, as well as Pringle School to the north.

Frenz, a retired teacher from Crystal Lake, said he learned a lot from the record books filled out each year by teachers. Not only did they record the number of students (which stood at 85 in 1890s) but it also provides a snapshot of the facilities. In 1870, for example, teachers were pleased at the condition of the school. However, they were not impressed with outhouses. Considering a teacher only earned between $45 and $105 a month back in the 1910s, there was a limit to how much they were willing to tolerate.

A new gymnasium additionw was added in 1948. In 1968, two years before its centennial, the buidling ceased to be used as a school. Three years later the historical society bought it at a public auction for $20,000. The museum officially opened to the public on July 4, 1976. 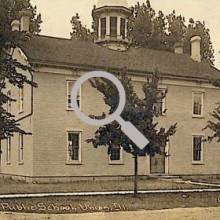