Consider sampling a local history diet over the holidays

Home » Consider sampling a local history diet over the holidays 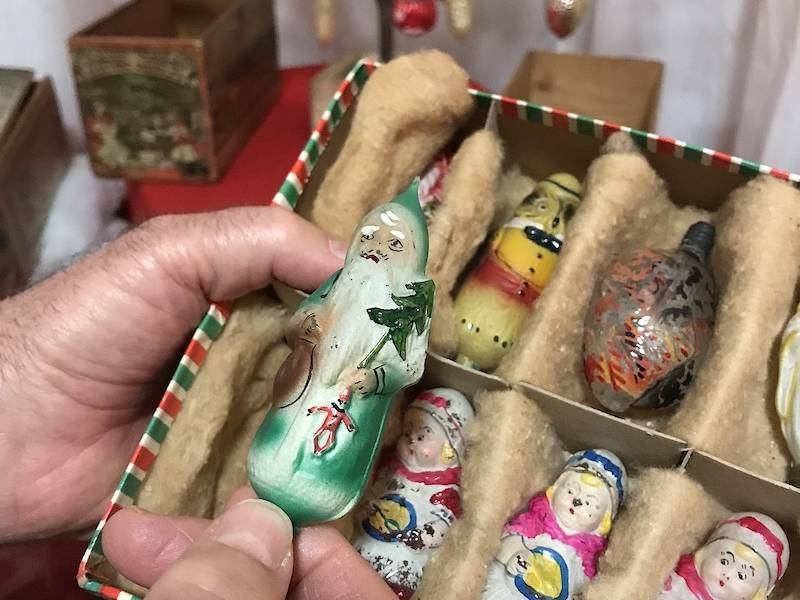 Consider sampling a local history diet over the holidays

The U.S. Department of Agriculture’s Economic Research Service is predicting food prices will increase between 3 and 4% in 2023 – on top of a roughly 12% increase in 2022. Clearly inflation is taking a bite out of our wallet.

So what’s a family to do?

The National World War I Museum and Memorial in Kansas City, Missouri, offers a host of online exhibitions, including one dedicated to the critical role that food played during the Great War. Titled “War Fare: From the Homefront to the Frontlines,” it includes a list of recipes printed for the 1918 Patriotic Food Show in Chicago.

The “Win the War in the Kitchen” cookbook promoted conservation and the substitution of ingredients such as meat, wheat, dairy and sugar, all of which were deemed crucial to sustaining soldiers on the front lines.

The U.S. Food Administration, headed by future president Herbert Hoover encouraged substituting ground oats, cornmeal, rice, barley, potato, alfalfa and buckwheat in place of wheat flour. It urged people to embrace “meatless meats,” including chicken and turkey, and to make sugarless quick breads. Finally, it promoted the use of soy and lima beans, as well as alternative desserts such as Christmas fruit pudding – a mixture of raisins, figs, dates, cornflakes and spices.

The Trout Valley mansion once belonging to John D. Hertz, founder of the Yellow Cab Co. and his namesake car rental company, is for sale.

The 1929 Georgian, which sits on 3.3 acres at 113 Marryat Road, is listed for $2.25 million. The roughly 9,000-square-foot estate boasts 35 rooms, including five bedrooms and five and half bathrooms. There also is a circular double-height foyer, a living room with wood paneling procured from an English castle and a dining room decorated with wallpaper imported from a French château.

“The crazy thing is the wallpaper, the paneling, flooring and the bathrooms are all original and in good shape,” said co-listing agent Michelle Mackey of Baird & Warner in Barrington. “That is what is most impressive: the craftsmanship.”

Hertz raised horses on the property, which spanned 940 acres, before selling a portion of the land in 1943 to Otto Schnering, founder and president of the Curtiss Candy Co. of Chicago. Founded in Chicago in 1916, Curtiss was best known for its Baby Ruth, Butterfinger and Polar Bar brands.

Schnering and his wife, Dorothy, developed trout hatcheries on the land, and “today the upper ponds are stocked with rainbow, brown and brook trout,” according to Crain’s Chicago Business. Two renovated guest cottages, once servants’ quarters, also are on the estate.

Mackey said the property last went on the market in 1974.

Now that you’re done digesting all the holiday ham, or yuletide goose or lasagna; flagged after football on TV and outside in the yard and being confronted with how to entertain the kids and visiting relatives, consider a visit to the McHenry County Historical Museum at 6422 Main St. in Union.

This year’s vintage display illuminates an important, yet widely overlooked aspect of Christmas: lighting. Vintage holiday collectors and Golden Glow of Christmas Past members, Dave Harms and Lynne Eltrevoog, have compiled an amazing array of early, glass decorative lights and light strands that you most likely will never see the likes of again.

“Golden Glow began as a bulb meet, people exchanging light bulbs,” said Eltrevoog of Marengo. “Then they included ornaments and so on. There now are 2,400 members in this international organization.”
Edward Hibberd Johnson, a business associate of inventor Thomas Edison, created the first known electrically illuminated Christmas tree at his home in New York City in 1882. He later invented a rotating tree stand that kept light strands from tangling.

“Can you imagine walking around a lighted tree with 80 bulbs going around in a circle? It just blew everybody’s mind,” Eltrevoog said. “It led to all this competition, and then all of these companies evolved. Part of what we enjoy today are lights on the streets.”

Museum hours are 1 to 4 p.m. Tuesday through Friday, through Jan. 6. For more information call 815 923-2267 or visit GotHistory.org. Regular museum admission of $5 for adults and $3 for seniors applies. Society members are free.