Communing in the middle of McHenry County

Home » Communing in the middle of McHenry County 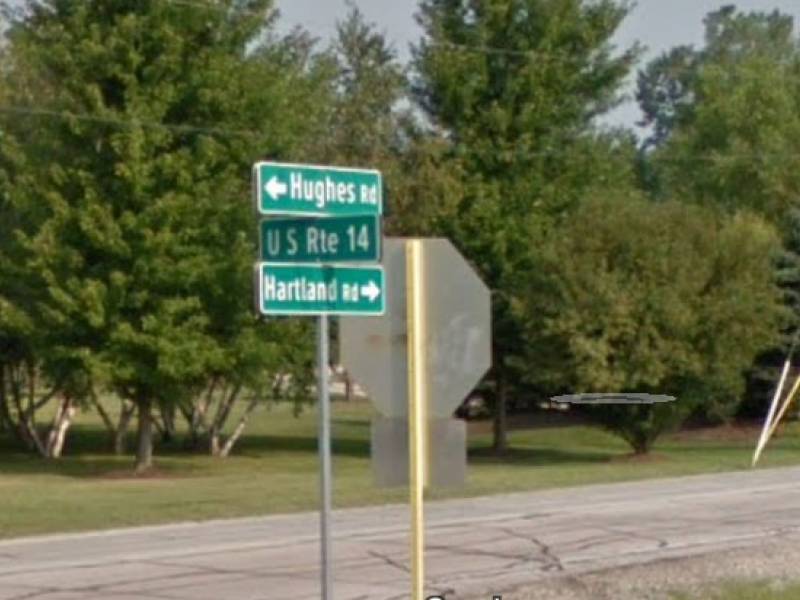 Communing in the middle of McHenry County

Long before anyone heard of Heaven’s Gate, there was “Heaven City” – a far more benign cult, of sorts, in McHenry County.

The group, led by Dr. Albert J. Moore, came to Brookdale in Hartland Township from Chicago, after what the Chicago Tribune called a trial of “love cult” members in Chicago in late 1922.

Albert Moore was born in Wales in 1881 and came to the United States in 1902.  He tried settling in Ohio but found New York state more to his liking. There, he opened a practice as a “healer” member of the Christian Science faith giving himself the appellation of “Doctor.”

By the mid-1910s, he moved with his wife, Edith, and two young sons, to River Forest, Illinois. In Chicago, Moore set up what he called the “Life Institute Temple” on East Ontario Street. Moore told those who attended that, as Christian Scientists believed, he could heal a series of physical maladies through prayer and positive living. Some say that he would boast that he could, in some cases, “raise the dead” using his prayers.

Others suggested later that he was running a confidence game preying on older widow women. Moore was convicted of fraud in 1922, but it was overturned on appeal.

Things came to a head in early 1922 when William W. Talcott made a loud public statement that Moore, described in the Chicago papers as being a “love master with hypnotic eyes,” had stolen the physical affections of his wife, Shirley. After unsuccessfully trying to regain the love of his wife, Talcott killed himself by loaded his coat pockets with stones and jumping into Lake Michigan. The Tribune called the event a “1922 Chicago sensation.”
Shirley Talcott remained loyal to Moore who was absolved of any guilt in George Talcott’s death. Moore’s wife, Edith, seems to have had no complaints about Talcott’s attraction to her husband.

By 1923, Moore found a farm located on Hartland Road to the west of the railroad tracks where he could locate his wife, his children, and his growing group of followers.  He called the farm, once owned by the Mahon family, “Heaven City,” and caused the group to call him “father.” A reporter from the Harvard Herald visited the site and noted that “the women and girls dress much like the men and boys. They all have shorn locks.”

Moore established the 130-acre compound as a refuge from what he predicted would be cataclysmic events that included a financial panic in 1923, labor strikes in 1924, a worldwide revolution in 1925 and a world war in 1926. A strict code of behavior was imposed, for the most part, including bans against owning private property and wearing jewelry. But there was one notable exception: A liberal sexual policy that got more than few of the commune’s members in trouble.

One of Moore’s followers was 50-year-old George Schofield who had left his wife in Oklahoma City. The June 13, 1925, edition of the Harvard Herald described him as being a “frisky lothario” who had grown much enamored of another member of the group, a 15-year-old girl named Nina Roundtree, a runaway from Dabneys, Va. A Herald reporter described, on June 18, 1925, described her as being “a buxom young miss much older in appearance than her age suggests.”

To prove his virility to his love, Moore volunteered for a boxing match with a much younger male member of the colony. He lost badly. Nina sneered that even she could beat George. As she danced around George, he chased her around the ring. After a few minutes he fell to the floor and died!

The McHenry County coroner was called and came with the county State’s Attorney Alford Pouse. Based on what the coroner told him, Pouse pronounced that Schofield had died a natural death. When Scholfield’s wife was told of her husband’s death, she refused to take control of the body. It is said that he was buried in Harvard’s Mt. Auburn Cemetery but no record of the burial can be found and no stone with his name is visible.

The Harvard Herald criticized the “love colony and the nearby “Bubbling Over” road house (located on what is now Route 14, a mile or so east of the commune), which openly sold alcohol and hosted “loose women from Elgin,” as symbolic of the low level of morality found in the county. Nevertheless, each continued to function.  The 1930 Federal census of Hartland Township, listed 27 individuals living at the “Heaven City School,” including Shirley Talcott and her children.

For some unknown reason, the whole colony left McHenry County in 1934 and moved off of the old Highway 15, two miles each of Mukwonago, Wis. Moore bought more than 400 acres and the “disciples,” still calling themselves members of “Heaven City,” remodeled and enlarged what was a resort villa into a building containing 16 motel rooms and 11 apartments. To avoid taxes, he opened a Montessori-style school and tutored his flock’s children. Albert Moore’s wife, Edith, as well as Shirley Talcott, were still with him along with 17 other people. Shirley, age 57, as well as unmarried twin sisters, Grace and Maude Spangler, also 57, were also listed in the 1940 Federal census of Vernon Township in Waukesha County, Wis. – along with two teenagers described as “students.”

Shirley Talcott lived on in the decaying place, trying to run a restaurant on site.  She died there in December 1982.

Today the commune building still stands. Robert Klemm, the chef at the newest incarnation of the restaurant there, the “Villa at Heaven City,” probably thinking of the commune, said that the place had once been home to “brothels.”

The offspring of Albert and Edith Moore still survive.

• Craig Pfannkuche is a Information about the McHenry County Historical Society, upcoming programs and how you can get involved may be found at www.gothistory.org or by calling 815-923-2267.