Coffee shops have long had a place in McHenry County

Home » Coffee shops have long had a place in McHenry County 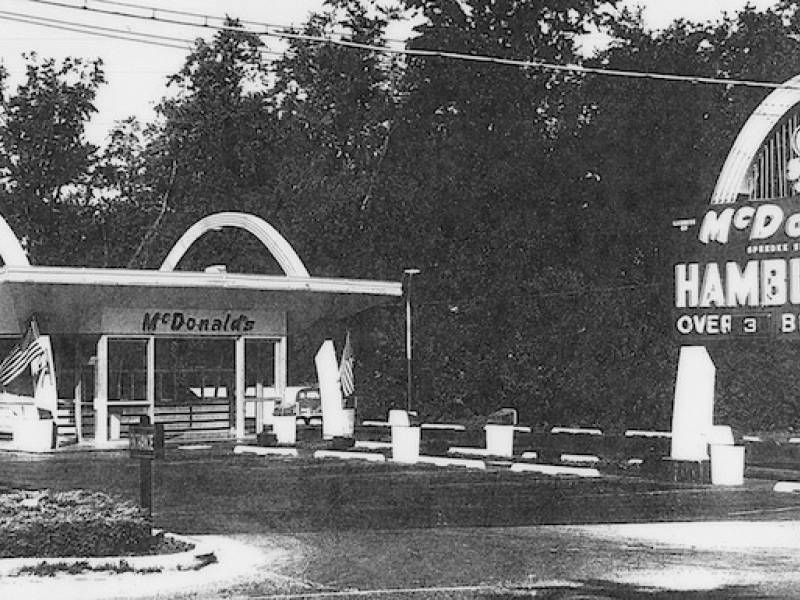 Coffee shops have long had a place in McHenry County

I was intrigued to read that Starbucks Coffee Corp. is poised to overtake McDonald’s Corp. as the world’s most valuable restaurant company.

Bloomberg reported that Mark Kalinowski, restaurant industry analyst with Japan’s Nomura Group, named Starbucks his top restaurant stock this year – and for good reason. Amid the store closures rampant in retail right now, the Seattle company expects to nearly double its number of stores to 37,000 during the next five years – 5,000 of which will be in the burgeoning Chinese market that already operates 2,500 cafes.

The company currently averages a new store each day in China, and that will go a long way toward it reaching the 50,000-store level Kalinowski foresees – eclipsing Subway.

I suppose President-elect Donald Trump can always threaten to rectify the trade imbalance by decaffeinating Beijing.

In her 2008 book “Homestead Memories,” author Linda Runyon explained the buzz this way:

“There aren’t any adequate words to express the comfort, joy, energy and secure feelings a cup of coffee gave me. Still does. Many memories flood back, and hundreds of experiences make special cups of coffee remembered even now.”

At present, McHenry County residents can choose from the likes of Caribou Coffee, Chicago Coffee Roastery, Java Delites, Conscious Cup and a slew of doughnut shops and diners – not to mention Starbucks in Algonquin, Lake in the Hills, Crystal Lake, Fox River Grove, Cary, Volo, Huntley and Woodstock – to quench their coffee addiction. But back in the day, general stores and corner diners served as gathering spots for locals.

A reporter for the New Haven Register described the closing of a 60-year-old coffee shop there last month this way:

“… For the morning crowd, everyone has their own seat, either along the countertops on swivel stools or in the booths, and the banter and laughter is constant. The camaraderie and friendships created while drinking coffee and enjoying breakfast are strong and long lasting. … Most mornings you will find the same people in the same seats enjoying the same meal every day. The waitress places most orders without even asking the customer.”

Everyone, it seems, had their favorite hangout – from Bill’s Grill in Crystal Lake to Harvard’s Kozy Nook, from Ueber’s Café in Marengo to McHenry’s Busy Bee. They even had “coffee shops” proper, such as the Bide-A-Wee in McHenry and the aptly named Helen and Ray’s Coffee shop in Marengo.

Mrs. N.E. Taylor, a Chicago transplant and former hotel manager, opened Bide-A-Wee on Route 12 in 1929. Helen and Ray McAndrews operated the Marengo coffee shop from 1939 to 1946 – surviving a forced furlough during 1945 because of World War II rationing.

“Ray McAndrews, of the Coffee Shop, said that he had no choice but to close for two weeks, as he had no points to operate and could only have served meals by cheating points,” the Marengo Republican-News reported.

Coffee was considered a staple at diners and lunch counters, most of which have disappeared from downtowns across the country. One exception is the Little Chef, a family-owned restaurant that has operated at 1332 N. Riverside Drive in McHenry for the past 50 years.

Little Chef owner Terry Fair said her mom, Shirley Klapperich, bought the restaurant in 1968 when Terry was 11. Back then, they opened at 4:30 a.m. rather than 5:30 in the morning. But one thing that hasn’t changed are the people waiting outside – in the rain, snow, even bone-chilling cold – for the place to open.

“I remember we had this huge snowstorm, I think it was in 1979, and my dad picked me up on a snowmobile. I’m thinking, ‘Woo-hoo, I’m off from school.’ … Not so much,” Fair said with a laugh. “That was one of our busiest days. We had firemen, plowmen, police; everyone who had to go out during a snowstorm. We were the only place open.”

Fair said she still has a few customers remaining from the opening days, but the Chef also caters to a new generation, longing for a simpler way of life in a high-tech world.

“Now it’s completely cool. It’s so retro,” Fair said. “There still is the silver countertop. It looks just like it did back in the day. It’s so great. Who knew?”

Join the Heritage Quilters for Cutting Day at 10 a.m. Jan. 18 at the McHenry County Historical Society Museum in Union. Get the materials and instruction you need – whether you’re a veteran quilter or rookie – to sew blocks for the 2018 raffle quilt. A potluck will follow.

The latest effort will feature a World War I theme and a “rolling stone” pattern with cream, several greens and a showy black and red poppy fabric.
The resilience of poppy fields – in the midst of the horrendous trench warfare between 1914 and 1918 – prompted Canadian doctor Lt. Col. John McCrae to pen the famous poem “In Flanders Fields.”

“In Flanders’ fields the poppies blow / Between the crosses, row on row, / That mark our place: and in the sky / The larks, still bravely singing, fly / Scarce heard amid the guns below.

“We are the dead. / Short days ago / We lived, felt dawn, saw sunset glow, / Loved and were loved, and now we lie / In Flanders’ fields.
“Take up our quarrel with the foe; / To you from failing hands we throw / The torch; be yours to hold it high, / If ye break faith with us who die / We shall not sleep, though poppies grow / In Flanders’ fields.”

After World War I, the poppy was adopted as a symbol of remembrance.

• Kurt Begalka is the McHenry County Historical Society administrator. He may be reached at kurt@mchenrycountyhistory.org.