Clamming up only leads to more trouble later

Home » Clamming up only leads to more trouble later 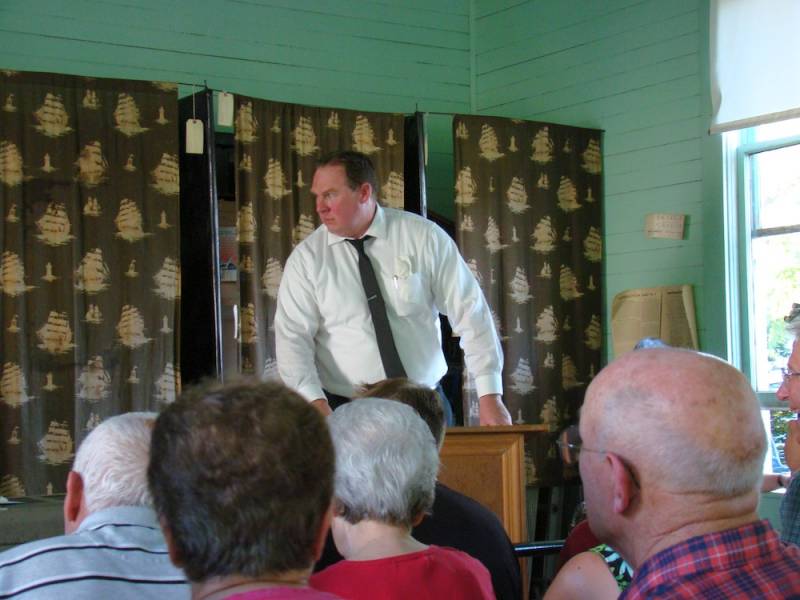 Clamming up only leads to more trouble later

I know a little something about the power of words, which made the recent hub-bub over the wording of a state marker on the Woodstock Square particularly intriguing.

The Old Courthouse and Sheriff’s House will receive an Illinois historic marker from the Illinois State Historical Society, which will recognize the effect of influential labor leader Eugene V. Debs. Debs was imprisoned there for six months in 1895 after disobeying a court order that tried to end a railway worker strike.

Debs was president of the American Railway Union and a five-time presidential candidate. But what got people talking was his connection to labor activism, including his founding of the Socialist Party of America. There are concerns that the plaque’s wording might scare off donors.

I suppose that with certain donors those concerns may be realized. But it is important to realize that our history isn’t a pretty package tied in a bow. It can be a messy, gut-wrenching, pockmarked journey full of ups, downs and years of intransigence (see state budget). Among other points, the plaque states:

“ … On 27 May 1895, the Supreme Court unanimously upheld court injunctions against labor strikes. The decision, ‘In re Debs,’ sent American Railway Union leader Eugene V. Debs to a six-month stay in this building, then McHenry County Jail. The Pullman Case guided governmental response to strikes for nearly four decades. Not until the 1932 Norris-LaGuardia Act did the United States Congress erase the power of courts to end strikes through injunctions.”

That’s pretty PG prose, if you get right down to it. If you are looking for language to get worked up about, consider these examples:

• The city council in Florence, South Carolina, was confronted with the wording on a World War I-era plaque that separated the veterans by race – “white” and “colored.” The plaque was created in 1928. It opted to add a second plaque that explained the use of such words now are considered prejudicial and antiquated.

• A 9/11 monument dedicated in a Owego, New York, park last year references “nineteen Islamic terrorists” behind the attacks on Sept. 11, 2001. Some argued the use of “Islamic” was prejudicial and painted all Muslims in a bad light. Town officials successfully argued that it was an accurate portrayal.

• Controversy erupted in San Francisco regarding an 1894 monument in front of City Hall. The 800-ton Pioneer Monument, a sculpture commemorating the history and settlement of California, now is located in a plaza beside a public library. Some opposed restoration and relocation of the monument, which they said was insulting in its portrayal of tribal culture and did not accurately reflect the 150,000 Native American deaths between 1769 and 1834. The city’s arts commission approved new wording for a plaque to place beside the original monument.

• A 1905 plaque at Northeastern Illinois University’s Frank Lloyd Wright Building, which reads “This building is dedicated to public service honoring the memory of Abraham Lincoln – Democrat,” will remain. Although Lincoln was the first Republican president of the U.S., the university insisted it refers to his advocacy of democracy and is not in error.
I’m not sure what repercussions, if any, would result if a Flat Earth Party candidate was to win the White House one of these years. But the point is, historical dialogue is a good thing – even when it is put down in writing.

In the “Locomotive Firemen’s Magazine” of April 1891, Debs quotes a New York Herald editorial that rings as true today as it did then:

“The right of discussion is founded on bedrock. Our citizens, no matter what their peculiarities of belief may be, are guaranteed all possible liberty of speech. They can talk themselves hoarse, or even talk themselves to death, without any infringement of law.

“It is only when an overt act is committed that the rigor of the law should be applied. If they commit a breach of the peace or indulge in deeds of violence, they should be arrested, tried and sentenced for the offense. But free speech, even when it gives vent to disgusting nonsense, should be tolerated. A man who is at liberty to keep his mouth open is seldom dangerous, but it is frequently hazardous to compel a man to keep his mouth shut because he doesn’t agree with the views, which are generally acceptable.”

Join the McHenry County Historical Society at 7 p.m. Wednesday for “Banking on Clams.” The latest Perkins Players’ historical drama, about a get-rich-quick scheme in the 1920s to grow pearls in the Fox River, features plenty of fun, interactive bantering. Come and join in the civil melodrama, located in the old Seneca Township Hall at Garden Valley and Franklinville roads near Woodstock. Period clothing is encouraged, and seating is limited. Admission is free, but donations are gratefully accepted. For details, visit www.gothistory.org.

Published in the Northwest Herald on June 19, 2017 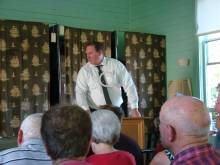