Civics does the body good

Home » Civics does the body good 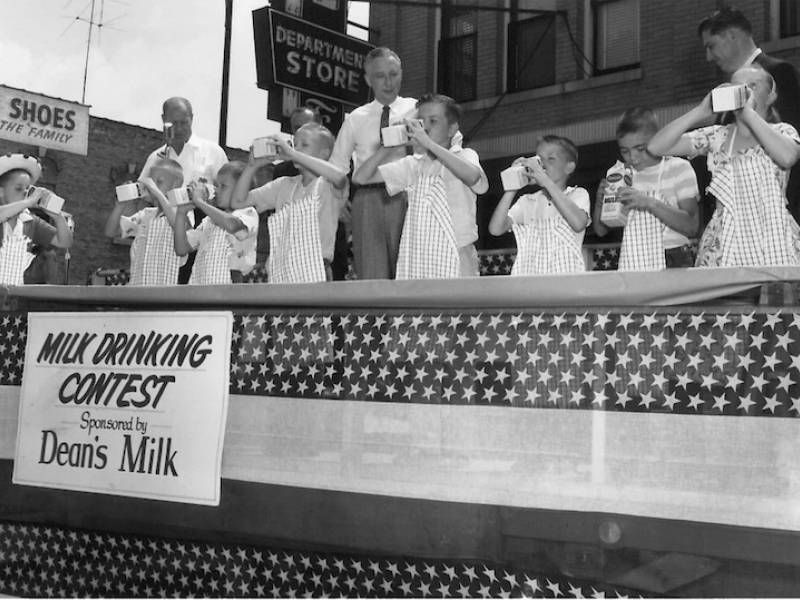 Civics does the body good

With the next election nearly upon us, it’s not all that surprising that an old history guy’s fancy can turn to politics … in particular, knowledge about the American political system.

Back in the day, they referred to it as “civics.”

An August survey conducted by the Pennsylvania-based Anneberg Public Policy Center, found that just two in five American adults (39 percent) were able to correctly identify the three branches of government: executive, legislative and judicial. Sadly, that is the highest number in five years.

In fact, 22 percent failed to name even one.

Anneberg also identified troubling signs in how the Supreme Court and the justices are perceived by the public, suggesting that the distinction between judges and elected politicians is becoming blurred. Fifty seven percent of Americans agree with the statement that the court “gets too mixed up in politics.”

As you might expect, the survey found a connection between high school civics classes and civics knowledge. People who said they studied civics in high school were more likely to know the answers to six survey “knowledge” questions. The same held true for people who said they were greater consumers of the news – be it in print, television or online.

“While this marks an improvement, the overall results remain dismal,” said Kathleen Hall Jamieson, director of the Annenberg Public Policy Center, in a press release. “The resilience of our system of government is best protected by an informed citizenry.”

Watershed political moments, such as the appointment of Supreme Court justices or the current presidential impeachment hearings, can leave a uniformed public grabbling for answers. And the fact that so little emphasis is placed on civics education isn’t helping. Ted McConnell, director of the Campaign for the Civic Mission of Schools, noted recently that the federal government spends $4 million a year on civics – compared to nearly $3 billion a year on STEM (i.e. science, technology, engineering and math). While that that might make economic sense in the short term, the long-term damage from ignoring the demands of democracy are incalculable.

In August, Illinois Governor J.B. Pritzker signed House Bill 2265 into law. It amends the School Code by requiring a semester of civics in sixth, seventh or eighth grades. Course content will focus on “government institutions, the discussion of current and societal issues, service learning and simulations of the democratic process” starting in the 2020-21 school year.

Several states, including Illinois, have revised laws to put more emphasis on civics education. Congress also is considering legislation that would enhance civics education by appropriating $30 million to “prioritize innovative civics learning and teaching” in elementary, middle, and high schools. The Civics Learning Act of 2019, sponsored by Florida Rep. Alcee L. Hastings, cites the Annenberg Constitution Day Civics Survey and notes that a “lack of knowledge on the basics of the structure of our democratic republic creates an increasingly ill-prepared electorate which over time [sic] has, and will continue to, contribute to a weakened democracy.”

You can’t look through old Harvard Milk Days photos without seeing images of Dean Foods’ milk cartons, chugs, milk wagons and mustaches. The company was a pivotal partner, sponsoring everything from the Milk Days Breakfast, to 4-H tours to a dairy cooking show.

But the cream, inexplicably, appears to be settling.

The number one milk company in the country declared bankruptcy last week, citing financial pressure from changing tastes, aging facilities and increased competition. The Associated Press reported that since 1975, the amount of liquid milk consumed per capita in the U.S. has tumbled more than 40 percent. Americans drank around 24 gallons a year in 1996. That dropped to 17 gallons in 2018.

“Consumer behavior is changing with so many choices and different ways of shopping. People simply have more food and beverage products to choose from and are buying their food from a more diverse set of retail stores, online and via meal kit delivery, while also eating outside the home more than ever before.”

An increasing variety of beverages, including teas and sodas, have affected milk consumption. On-the-go breakfasts are increasingly replacing that morning bowl of cereal.

In 1964, the Chemung plant processed 91.6 million pounds of milk from area farmers and paid those dairymen a record $3.37 million. In 1981 it was Dean’s largest plant in terms of overall production and volume – receiving an average of 1 million pounds, or about 120,000 gallons, of raw milk each day.

“Our profitability has been and may continue to be negatively impacted by increased logistics and freight costs. Our dairy and non-dairy raw materials are generally sourced from third parties, and we are not assured of continued supply, pricing or sufficient access to raw materials from any of these suppliers. … Other events that adversely affect our suppliers … include adverse weather conditions (including climate change) or natural disasters, government action, or problems with our suppliers’ businesses, finances, labor relations, costs, production, insurance, reputation and international demand, and supply characteristics.”
Walmart opening its own milk processing plant last year didn’t help.

Dean employs 16,000 people and operates 60 processing facilities across the country. On any given day, it is running 8,000 refrigerated delivery trucks on U.S. roads. The company staid it intends to continue normal operations while it attempts to sort out its finances.

Another regional company in even worse financial shape is Sears. We learned last week that the parent company of Sears and Kmart plans to close 96 stores by February, including the one in West Dundee.

That leaves Sears and Kmart with just 182 stores – fewer than half the number remaining when Transform Holdco bought the retailer out of bankruptcy earlier in the year. Former Sears’ Chief Executive Officer Edward Lampert and his hedge fund, ESL Investments, which control Transform Holdco, are contemplating selling off even more of the company’s iconic brands such as DieHard and Kenmore. It also has been laying off workers … just in time for the holidays.

Sears iconic “where America shops” tagline increasingly seems outdated. In order to buy something from a store, you have to find it first.
•••
Time is running out to get your entries in for the McHenry County Historical Society’s annul “Rock Around the Quilted Tree” contest and show. Quilters are invited to enter their holiday themed or colored quilts between 1 and 5 p.m. Tuesday, Nov. 19, and Friday, Nov. 22, unless you make a special arrangement with the office. Call 815-923-2267 with any questions. Ribbons will be awarded in each of the five categories for first and second place, as well as a “people’s choice” and “judge’s choice” selected from among all the entries. For details, visit www.gothistory.org.