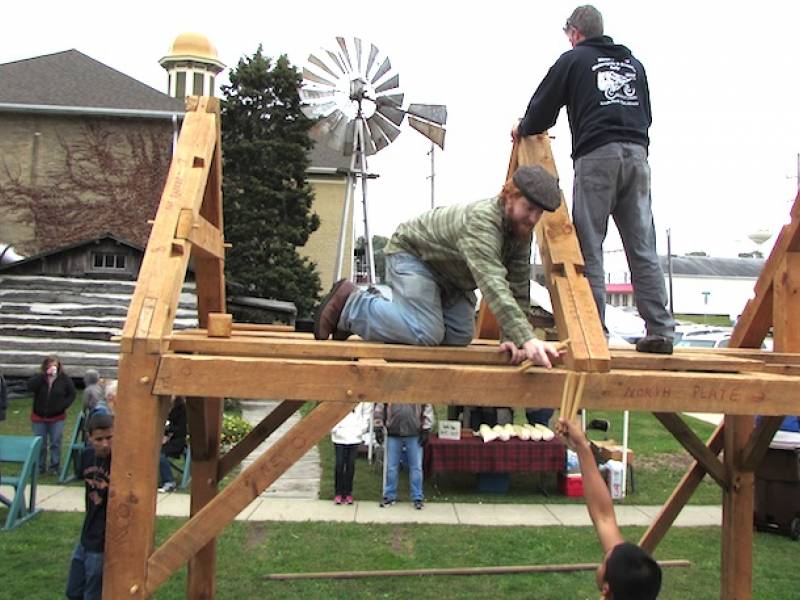 Visitors braved overcast skies and cool temperatures to sample homemade apple goodies, watch a blacksmith at work, talk to Civil War re-enactors, take a turn at cranking a turn-of-the-century apple press and tour the museum during the 28th annual Cider Fest on Sunday, Oct. 4. Jim Lacher of Huntley made three trips to the musuem – hauling a 1931 Bradley tractor, 1935 McCormick-Deering W30, a Weber hay wagon dating to about 1800 and an International hayloader built sometime between 1938 and 1953.

Guests listened to German music, attended a mock 1895 class in  West Harmony School, built a miniature barn, sampled gourmet-topped apples and campfire apple compote, and shopped for one-of-a-kind items at our bi-annual White Elephant Sale. Thanks to everyone who came out and supported the historical society and a special thanks to Lang's Orchard in Woodstock and Country Donuts in Crystal Lake, which donated the apples and cider doughnuts, respectively.