A "Brew Crew' thriving south of the Wisconsin border

Home » A "Brew Crew' thriving south of the Wisconsin border 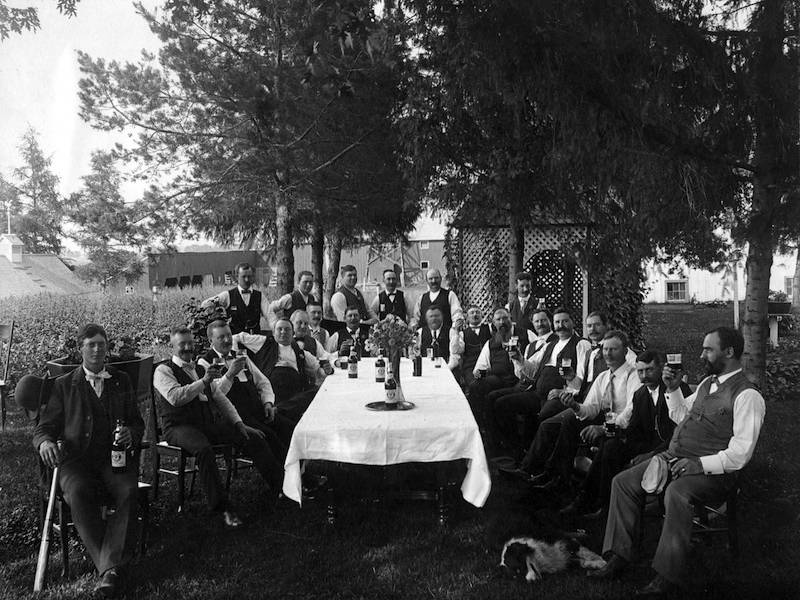 A "Brew Crew' thriving south of the Wisconsin border

We hear so much negative news about Illinois nowadays that it was with pride that I read that the Chicago metro region leads the nation in the number of breweries with 167.

A recent report by Colliers International, a brokerage based in Seattle, identified the Chicago area as the destination for craft brewers. They occupy about 1.6 million square feet of commercial real estate – tops among metropolitan areas in the U.S.

Bart Watson, chief economist for the Colorado-based Brewers Association, reported that there were 7,082 active breweries in the U.S. as of Oct. 31. That’s an increase of more than 1,100 breweries from the same time in 2017.

In fact, 85 percent of adults age 21 or older live within 10 miles of a brewery. Watson also pointed out that there are 2,000-plus craft breweries at the “in planning” status – such as Shadowview Brewing in Woodstock, Lucky Girl Brewing in Richmond and Sew Hop’d Brewery in Huntley.

Perhaps it’s something in the water.
According to the Brewers Association, craft brewers contributed $76.2 billion to the U.S. economy last year – up 11 percent from a year earlier – and provide a half-million jobs, an increase of 9 percent. By the time of the Great Chicago Fire in 1871, a dozen large breweries operated in Chicago. Even though five of those were lost to the flames, census records indicate that 60 breweries – producing 100 million gallons a year – operated in the city by 1900.

Robert Skilnik, a Plainfield resident who penned “The History of Beer and Brewing in Chicago, 1833-1978,” said 1872 through 1875 was the peak time for breweries. Chicago was second only to Milwaukee at that time, he said, fueled by its proximity to clean water from Lake Michigan, rail services and grain. Indeed, 4,131 breweries operated across America in 1873 – a record that stood until 2016. Thirty years ago, when only about 100 brewing operations survived in this country, seems like a bad dream today.

“It came to the point where the bigger breweries took over the smaller breweries that lacked the economic scale,” Skilnik said. “Today, there are so many [craft brewers] that you cannot even pick your favorites anymore. … To me, it seems like there will be a culmination at some time where these small breweries will be bought out, or they will not have the market.”

But right now, there’s no denying it’s a good time to be a beer drinker.

A family that farmed southern Illinois for five generations received the state’s first Bicentennial Farm designation. The family of Gerald and Betty Brown of Jonesboro moved to Union County in 1816 from North Carolina.

The Bicentennial Farm Program, administered by the Illinois Department of Agriculture, was established to honor the generations of farmers who have worked to maintain family farms in Illinois. To qualify as a Bicentennial Farm, a straight or collateral line of descendants of the original owner must have owned an agricultural property for at least 200 years.

McHenry County currently has no such farms. However, it has 31 centennial farms and four sesquicentennial farms. The latter include Alan D. Cornue on Stateline Road in Alden Township (1847), Robert Hallisy on Deep Cut Road in Hartland Township (1841), Doris Marsh on Church Road in Huntley (1853) and John and Viola Stewart on Vanderkarr Road in Hebron (1837). Applicants must complete an application and verification forms and pay a $50 processing fee. For details about any of these programs, visit www2.illinois.gov/sites/agr/Assistance/IllinoisFarmPrograms or call Erin Cleary at 217-557-5897.

Bloomberg recently reported that Sears Holdings Corp. is shopping its portfolio of about 500 U.S. stores. Burlington Stores Inc., At Home Group Inc., Dick’s Sporting Goods Inc. and U-Haul have expressed interest in some properties, along with potential buyers interested in converting stores into residential or office space.

Potential buyers would have to submit bids by Dec. 28, and an auction would be conducted Jan. 14, according to a bankruptcy court motion. Sears has proposed having its Chapter 11 bankruptcy reorganization plan filed by late December and confirmed in March. The Sears bankruptcy filing listed 687 retail stores in 49 states, plus U.S. territories under the Sears and Kmart banners. Sears Holdings Chairman Eddie Lampert already submitted a $4.6 billion bid for about 500 stores, the company headquarters and distribution outlets. It is estimated that keeping only those stores running next year will require an estimated $239 million.

“Selling certain locations wouldn’t necessarily undermine Lampert’s bid, and could provide much-needed cash to keep the rest of the chain running,” according to Bloomberg. “… It’s possible that Sears will end up disposing of some stores, or keeping portions of certain buildings and chopping up the rest for alternate uses.”

However, a committee of Sears’ creditors argued in court that the closing of all of its stores and liquidating the assets would provide lenders with the most bang for their buck.

CBRE Group Inc., a Fortune 500 commercial real estate services and investment firm headquartered in Los Angeles, noted that the bankruptcy affects about 380 Sears stores and 342 Kmart locations (before closings) across the U.S., Puerto Rico and the Virgin Islands. Together, they total about 100 million square feet of owned and leased real estate.

Although most Kmart stores are in strip centers or stand-alone locations, upward of 85 percent of Sears stores are in malls – including Spring Hill Mall in West Dundee.
In a news release, CBRE Group noted: “For mall or strip center owners facing the imminent shuttering of a Sears or Kmart, recovery will be a protracted process. It often takes 18 to 36 months to backfill a typical department store, but the complexity of this bankruptcy filing will make this less than typical. … Sears’ filing will be one of the most complex retail bankruptcies to date, making its timelines especially hard to predict.”

Last year, a story on Smithsonian.com noted: “In an era when print media reigned supreme, Sears dominated the rural retail market through its huge catalog, an amazing work of product advertising, consumer education and corporate branding.

“Titled the ‘Book of Bargains’ and later ‘The Great Price Maker,’ the famous Sears catalog expanded in the 1890s from featuring watches and jewelry to including everything from buggies and bicycles to sporting goods and sewing machines. It educated millions of shoppers about mail-order procedures, such as shipping, cash payment, substitutions and returns. ... Sears also demonstrated how to run a business. Cutting costs and tightly controlling distribution fueled its rise to power. The company built a massive Chicago distribution complex in 1906, which occupied 3 million square feet of floor space.

“A full-page illustration of the plant, in all its bright redbrick glory, graced the back of the Sears catalog. Any customer could see how his merchandise was received and held, how his orders were filled and shipped out, and where the catalog itself was published. The distribution center was its own best advertisement; among the largest in the world, it was a symbol of the mail-order company’s dominance.”

How could such an Amazon-like business fail? At this point, it is difficult to decipher how all of this will turn out. But when Sears employees recently filed a petition requesting assurances that the company will guarantee severance pay and pensions, Sears Holdings Corp. responded quickly in an effort to placate the troops.

“Protecting the interests of Sears’ associates and all stakeholders has and will continue to be a priority for the management, board and restructuring committee of Sears,’’ a company spokesman said.

Make sure to remember that a year from now.
• • •
Through Jan. 4, you have an opportunity to view a piece of actual Sears history at the McHenry County Historical Museum, 6422 Main St., Union. Plucked from the pages of Sears’ 1969 Christmas Wish Book is a reconstituted display of outdoor decorations featuring a hut, angels, Santa and his sleigh, a snowman and more.

The museum is open from 1 to 4 p.m. Tuesday through Friday and on weekends by appointment only. Call 815-923-2267 for availability.