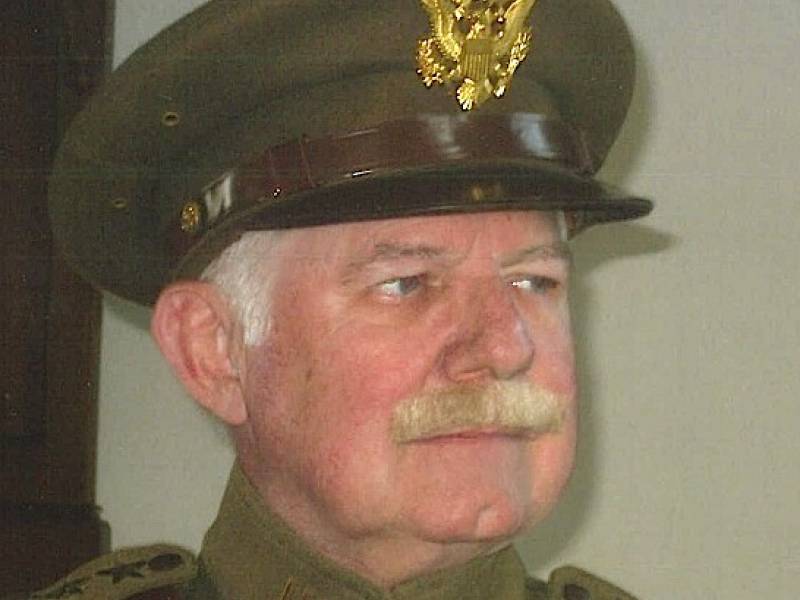 Few, if any, soldiers’ careers compare to the depth and breadth of that compiled by Gen. John L. “Black Jack” Pershing.

He crossed into Mexico in 1916 with a force of nearly 10,000 men in pursuit of revolutionary Pancho Villa. And during the pivotal 1918 Meuse-Argonne Offensive of World War I, Pershing’s redeployment of about 600,000 American soldiers to the forests of the Argonne led directly to Germany’s request for an armistice.

Years later, during a December 1922 speech before the Women’s Republican Club of Massachusetts in Boston, Pershing predicted a new and deadlier war was coming.

“As we look out upon the world today, we find complicated situations in Middle Europe, in the Near East and in the Orient,” he said. “The nations lately at war seem ready to fly at each others’ throats, and a war more terrible than the last is openly predicted. Suspicion, jealousy and hatred are followed by repudiation, calumny and threat of war. It is not inconceivable that America might again take up arms in defense of the principles of liberty and justice, which inspired our action in 1917. It would be folly now to revert to our proverbial listlessness.”

“He believed in keeping the country strong and vigilant,” local historian Ed O’Brien said. “The best way to prevent a war is to train to fight the next one.”

After Pershing’s graduation from West Point, the Missouri native entered the Army and served with distinction until 1924, when the “rules of engagement” demanded retirement. The previous night, the 64-year-old war hero had become the first chief of staff to radio address, coast to coast, to an audience estimated to be 25 million.

In a famous speech calling on Americans to support troops of the American Expeditionary Forces, Pershing underscored the enormity of the task confronting the Yanks.

“Three thousand miles from home, an American Army is fighting for you,” Pershing said. “Everything you hold worthwhile is at stake.”

On Monday, Pershing will – in a sense – again stand before an audience. O’Brien, former principal of St. Mary Catholic School in Woodstock, will portray the general in the final lecture in this year’s Sampler Series.

The program begins at 3 p.m. at the McHenry County Historical Society Museum, 6422 Main St. in Union. Admission is $10.

“He was one of the best-known soldiers of that era,” O’Brien said. “He led troops against the Apache and Sioux, and he commanded the black 10th (Buffalo Soldier) Cavalry Regiment. … He was an instructor at West Point, and then was called back to active duty during the Spanish-American War (1898) and in the Philippines for the Moro Rebellion (1899 to 1913). The Moros, of Muslim faith, were killing Christians and killing Americans.”

By 1905, Pershing’s cool demeanor under fire and military record had caught the eye of President Theodore Roosevelt, who petitioned Congress to give Pershing a diplomatic post as a military attaché in Tokyo to observe the Sino-Russian War.

Upon Capt. Pershing’s return from Japan, Roosevelt nominated him as a brigadier general, a move Congress approved. However, allowing Pershing to skip three ranks and more than 800 officers senior to him did initially lead to some hard feelings.

“Roosevelt recognized his leadership, good style and good decisions,” O’Brien said. “Pershing modernized the Army, … and he created the Pershing Map – his vision of what a national highway system would look like in the United States.”

Pershing, who had earlier earned a law degree at the University of Nebraska, returned from Europe with the hoopla of a conquering hero.

That inspired a short-lived bid to become the Republican nominee for the 1920 presidential election, which was won by Warren G. Harding.

“Pershing was one of the real heroes that I remember by uncle and some of the older people I have met along the way talking about,” said O’Brien, a retired high school history teacher from Harvard. “He was a real top soldier and an interesting, interesting person. For a guy that started out as a rural school teacher hoping to be an attorney, he wound up solving some of the biggest issues of the day.” 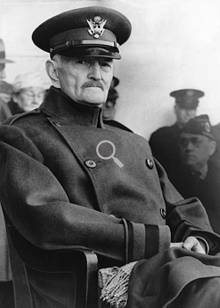