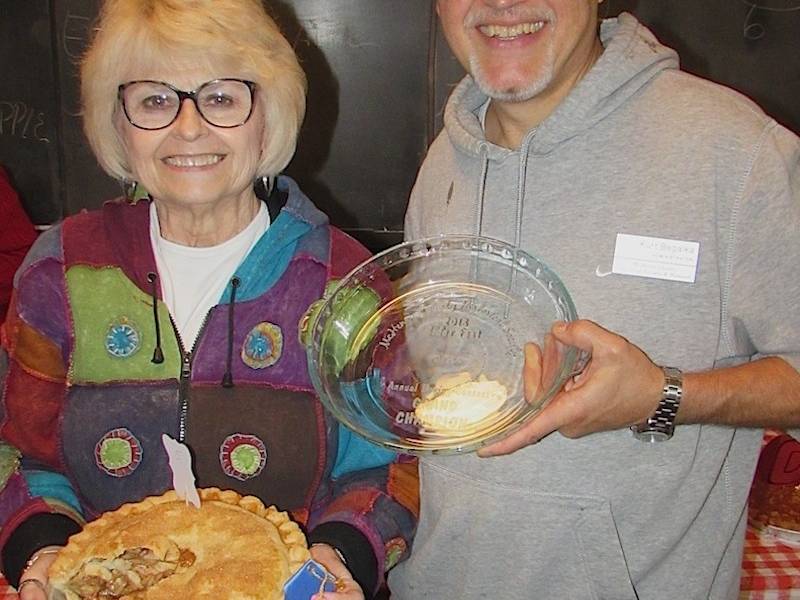 Bake-off on point for taste

Judy Link of Marengo make it a clean sweep this year. The Heritage Fair pie-baking champion also claimed the grand prize for her carramel apple pie Oct. 7 at this year's Cider Fest.

Winners, by category, were:

Royal Oak Farm Orchard of Harvard captured the "Apple of My Eye" award for its salted carmel apple crumb pie – the best apple pie in the commerical category. Howver, judges admitted the competition was stiff. Special thanks to other entrants: Around the Clock of Crystal Lake, Swiss Maid Bakery of Harvard, Tom's Market & Greenhouse of Huntley and Kay 'n' Joe's Bakery of Marengo for their entrees. All of the pies were sold by the slice at the MCHS bake sale in order to raise funds for the organizaiton. Also special thanks to this year's judges: George Buss of Freeport; Wayne Issleb of Wauconda and State Rep. Barb Wheeler of Crystal Lake.