Amid angst over masks and monuments, classic TV stars

Home » Amid angst over masks and monuments, classic TV stars 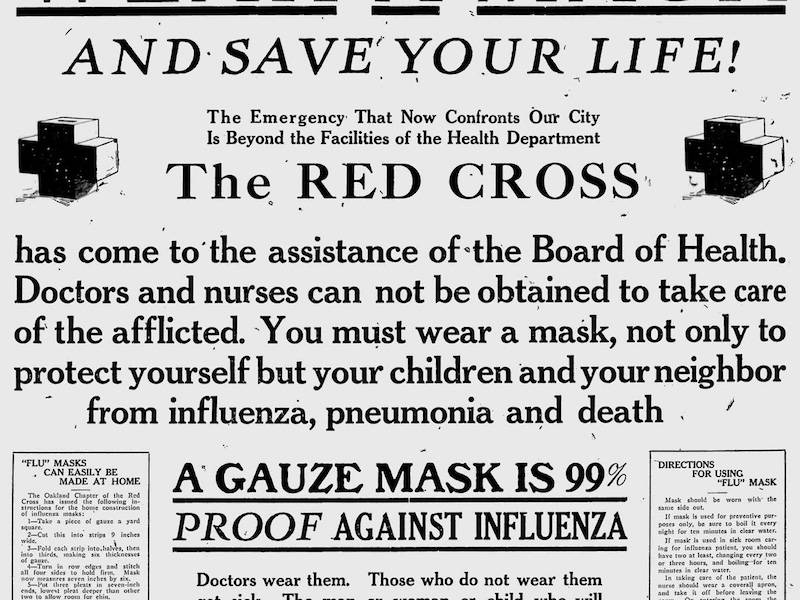 Amid angst over masks and monuments, classic TV stars

Under the old adage that “you catch more flies with honey than with vinegar,” perhaps chambers of commerce should consider highlighting local businesses that make a point of requiring staff and customers to wear masks – and enforce that edict. That way, those wishing for an added level of security know that they can shop at specific locations in safety and choose to reward such civic-mindedness with sales.

Sometimes convenience has to take a back seat to common sense: doing what is best for the public good. If you want to live on an island, move to the Aleutians.

Not unlike the popular “no shirt, no shoes, no service” requirements we’ve all seen and adhered to lo these many years, why shouldn’t a face covering be viewed in much the same way as wearing a hat to church in the 1940s?

The McHenry County Historical Society and Museum, like many museums across the country, has concluded this minor inconvenience is well worth keeping everyone safe. In fact, if you forget your mask at home or in the car, we’ll sell you a spare at the admission desk.

According to the U.S. Centers for Disease Control and Prevention: “Cloth face coverings may help prevent people who have COVID-19 from spreading the virus to others. … They are a simple barrier to help prevent respiratory droplets from traveling into the air and onto other people when the person wearing the cloth face covering coughs, sneezes, talks or raises their voice. This is called source control.”
Perhaps we need a new marketing campaign. In times of war – and this time we’re battling a virus – the government has rolled out advertising blitzes to drive the point home. During the 1918 influenza pandemic that ravaged the world, people were reminded that “coughs and sneezes spread diseases.”

Through a variety of ads in newspapers, on the radio and on posters, Americans were encouraged not to put pencils or fingers in their mouths, cover each cough or sneeze with a handkerchief, avoid crowds, walk to work, avoid common drinking cups and towels, stop spitting on the sidewalk … even eat more onions. Now that will keep folks away!

In other words, although you may be young and healthy, your grandmother most likely is neither. When you go out in a confined, public space without a mask, you inadvertently may be spreading COVID-19 to some sweet old lady who stopped in to buy a quart of milk and a four-pack of geraniums. Remember, she’s someone else’s grandmother.

When I heard about people tearing down statues – again – I recalled those old Discovery Channel documentaries about Egypt. As soon as a new pharaoh came into power, he’d dispense workmen to chisel off the face of his old rival on the temple statues and replace it with his own.

Of course, the situation we face today is much more complicated – rooted in generational inequities and frustrations familiar to anyone paying attention. It has left many of nation’s historical organizations in the untenable position of having to balance preserving the past as a teachable tool while simultaneously recognizing changing attitudes on appropriateness.

“Although Confederate monuments are sometimes designated as historic, and while many were erected more than a century ago, the National Trust [for Historic Preservation] supports their removal from our public spaces when they continue to serve the purposes for which many were built – to glorify, promote and reinforce white supremacy, overtly or implicitly,” the organization said in a statement.“While some have suggested that removal may result in erasing history, we believe that removal may be necessary to achieve the greater good of ensuring racial justice and equality. And their history needs not end with their removal: We support relocation of these monuments to museums or other places where they may be preserved so that their history as elements of Jim Crow and racial injustice can be recognized and interpreted.”

For the first time in its 80-year history, the Society of Architectural Historians advocated for the removal of Confederate monuments from public spaces.
“By leaving them in place, we allow the dead hand of the past to direct some Americans away from that which belongs to all of us,” its statement read. “History has proven that progress is possible, but also that the persistent racial schism in our society will not be conquered without radical, sustained action. The removal of Confederate monuments is a necessary and important step in this process, and one that cannot wait any longer.”

“Key targets in the violent extremists’ campaign against our country are public monuments, memorials and statues. Their selection of targets reveals a deep ignorance of our history, and is indicative of a desire to indiscriminately destroy anything that honors our past and to erase from the public mind any suggestion that our past may be worth honoring, cherishing, remembering or understanding.
“In the last week, vandals toppled a statue of President Ulysses S. Grant in San Francisco. To them, it made no difference that President Grant led the Union Army to victory over the Confederacy in the Civil War, enforced Reconstruction, fought the Ku Klux Klan and advocated for the 15th Amendment, which guaranteed freed slaves the right to vote.”

Most of us agree that thoughtful conversation should always trump violence. After all, building something up generally is more time consuming and gratifying than tearing it down.

A joint statement from the Sam Houston State University Department of History makes a point of recognizing the complexity of our nation’s past and its interpretations … with a caveat.

“We also have an obligation to confront the falsehoods embedded in those narratives that distort the past,” professors said. “Monuments do not exist in a vacuum. They amplify narratives and play key roles in shaping the present. It is the social function of a monument – how and why society remembers with an object – that gives it its meaning.”

But perhaps the statement from the American Historical Association in Washington, D.C., hit closest to the mark: “Debates over [the] removal of monuments should consider chronology and other evidence that provide context for why an individual or event has been commemorated. Knowledge of such facts enables debate that learns from history.

“Equally important is awareness of what we mean by ‘history.’ History comprises both facts and interpretations of those facts. To remove a monument or to change the name of a school or street is not to erase history, but rather to alter or call attention to a previous interpretation of history.

“A monument is not history itself; a monument commemorates an aspect of history, representing a moment in the past when a public or private decision defined who would be honored in a community’s public spaces.”

Tune in, once again, for a “rilly big shew.” Ed Sullivan, a television staple during my formative years, is back and restored in all its creative glory – from Topo Gigo to George Carlin.
In the past, only short clips of some performances were available, along with unauthorized low-resolution videos. In 1990, Andrew Solt formed SOFA Entertainment Inc. and acquired “The Ed Sullivan Show” from the Sullivan family. Universal Music Entertainment, which negotiated the digital deal with SOFA, will release thousands of performances from the show’s catalog. A new video will premiere daily on YouTube and EdSullivan.com during the next three years.

Sullivan, an influential civil rights advocate, invited the likes of Pearl Bailey, Diahann Carroll, Muhammad Ali, Jackie Robinson, Richard Pryor and several famous Motown groups to appear on his show. Between 1948 and 1971, “The Ed Sulllivan Show” ran every Sunday night on CBS. Up and coming artists such as the Rolling Stones, the Beatles, the Beach Boys, the Supremes, Johnny Cash, Ray Charles, Janis Joplin and the Doors performed – and confirmed Sullivan’s reputation for being a shrewd judge of talent.

The McHenry County Historical Society is reopening (cautiously) its research library and museum for scheduled visits. For details and information about upcoming learning opportunities and events – including its popular White Elephant/Garden Gliz sale from Friday through Sunday – visit www.gothistory.org.

Published July 10, 2020 in the Northwest Herald