Honestly: What would Lincoln say nowadays? 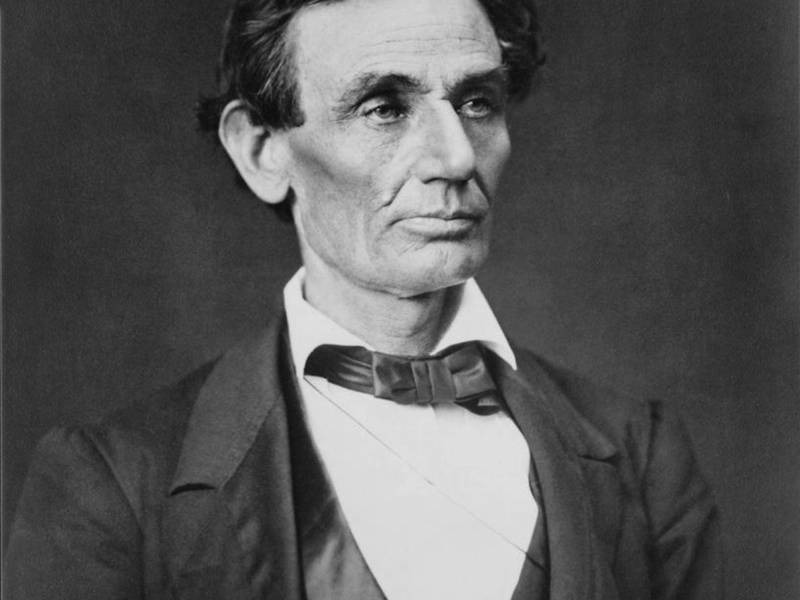 Honestly: What would Lincoln say nowadays?

The Illinois State Historical Society wants to inject a little bit of “Honest Abe” in every state courthouse this year.

On Nov. 29, McHenry County will take center stage during a special portrait unveiling and celebration in the government center. A small reception will follow the free 11 a.m. program, which is slated for the first floor near the main entrance off Route 47 in Woodstock.

The lifelike canvas photographs were created from a glass-plate positive image owned by the state historical society, made from a long-gone original negative. The beardless Lincoln sat for the Chicago photographer Alexander Hesler on June 3, 1860, at the Old State Capital in Springfield.
•••
On Oct. 27, a 46-year-old maniac walked into Pittsburgh’s Tree of Life synagogue and opened fire with an assault rifle and three pistols. Robert Bowers now faces 44 federal charges – ranging from murder to the obstruction of the free exercise of religious beliefs to hate crimes to firearm violations.

The shooting occurred nearly a year to the day that 21-year-old Devin Kelley opened fire and killed 26 worshipers at the First Baptist Church of Sutherland Springs in Texas. Kelley died afterward from a self-inflicted gunshot wound after a chase.

It also brings to mind the June 2015 slaying of nine worshippers at the Emanuel African Methodist Episcopal Church in Charleston, South Carolina, by white supremacist Dylann Roof. Roof was convicted of federal hate crime and obstruction of religion charges and sentenced to death.

“People need to be vigilant about that kind of thing,” said Ellen Morton, past executive director of the McHenry County Jewish Congregation and a Pittsburgh native. “If you hear hate speech, say something. If there is some kind of escalating hints that there is going to violence, you need to notify somebody.”

“… While answers feel elusive, we must fight this evil together. We must redouble our efforts as a community, nation and world to find our common ground and recognize our common humanity. We must hold accountable those who speak of the ‘other’ and disparage groups of our fellow human beings.

“Words matter, and those in positions of power must wield them thoughtfully and as tools to repair our world. We can and we must use our voices and our privileges as citizens to demand leaders who help us create peaceful communities built not on hate but on tolerance and mutual respect and who help us work toward the day when never again is a reality.”
•••
A Fall Fling fundraiser benefiting the Hebron Public Library begins at 1 p.m. Nov. 17 at Whispering Woods, 14518 O’Brien Road in Harvard.

The library, which relies on donations and volunteers to operate, is located in the former Hebron Presbyterian Church. The goal is to raise $10,000.

The fundraiser features a fashion show showcasing between 50 and 60 bridal gowns, guest attire and formalwear. There will be a silent auction featuring a $500 gift certificate from Studio Winery for a 10-person wine tasting, wine baskets, complete tea services, a barbecue package, photography session, jewelry, gift certificates and more. Lunch – including wine, tea, coffee and dessert – is being provided by Chef Joey of Hart’s Saloon in Hebron. Tables will be set with genuine china – in many cases belonging to members of the community.

Tickets are $50 and reservations are required by Wednesday. Make checks payable to the Hebron Public Library at P.O. Box 388, Hebron, IL 60034. Donations postmarked by midnight Tuesday will be matched by an anonymous donor.

For information or to make a reservation, call 815-648-2411 or visit www.facebook.com/events/1691161714340249.
•••
According to the Network for Public Health Law, attempts at regulating noise already were being made in the 6th century B.C., when a Greek council created a type of zoning ordinance that booted noisy tradesman outside the city’s walls.

Unfortunately, things have not changed all that much since. Noise is the impetus for thousands of complains to governments and law enforcement each year. But rather than add clarity to the issue, the U.S. States Environmental Protection Agency discontinued funding its Office of Noise Abatement and Control some 35 years ago and shifted the responsibility of regulating noise to state and local governments.

Needless to say regulating things such as parties – be they target shoots or of the musical variety – has proved elusive. After years of wrangling, the McHenry County Board passed a noise ordinance at its Oct. 16 board meeting.

Time to rejoice …  albeit quietly. The ordinance, which takes effect Dec. 15, strikes me as more white noise, than substantive regulations.

The ordinance declares that making, creating or causing to be made “any noise which is prolonged, harsh, unusual, raucous, or unusual in time or place and which causes the unreasonable discomfort to any inhabitants on surrounding or nearby properties” to be a “public nuisance.”

It goes on to define noise as sound which is “harsh, prolonged, unnatural, or unusual in time or place as to occasion unreasonable discomfort to any inhabitants of ordinary sensitivities” and that which can “unreasonably interfere with the peace and comfort of neighbors, their guests, or their customers.”

Those deemed to creating a nuisance could be fined, upon conviction, $100 for a first offense and from between $100 and $1,000 for each subsequent offense.

But the ordinance is careful not to single out particular types of sounds, or to provide a measure (decimeter) for determining its severity or define who is to enforce it. Kendall County limits noise in residential areas to 60 decibels during the day and to 50 decibels between 10 p.m. and 7 a.m., and it incorporates the use of a sound meter. But for other counties – including McHenry – it’s more of a judgment call.

District 6 County Board member Mary McCann said state law dictates that police are the enforcing agent. But she acknowledged getting all of that ironed out will require cooperation from the state’s attorney’s office and sheriff’s office.

“It’s going to take a lot of people coming together,” McCann said. “We have property rights.”
•••
Join the McHenry County Historical Society at 1:30 p.m. Wednesday for its annual quilt program at the museum, 6422 Main St. in Union.

Once again, this year’s itinerary features a quilt presentation to five deserving veterans, a drawing for the stellar, hand-stitched “Forever Poppies” quilt sewn by our Heritage Quilters, and a show-and- tell.

The headliner, Jeanette Dwyer, presents “Bargain Quilts and the Quilt Buy of the Century” after the Gazebo Valor Quilters presentation. Dwyer is planning to bring about 30 quilts that she has acquired at little or no cost. They include two “Century of Progress” quilts from the 1933 Chicago World’s Fair. For details visit www.gothistory.org.