Wheels on the ground, and in their heads, keep spinning

Home » Wheels on the ground, and in their heads, keep spinning 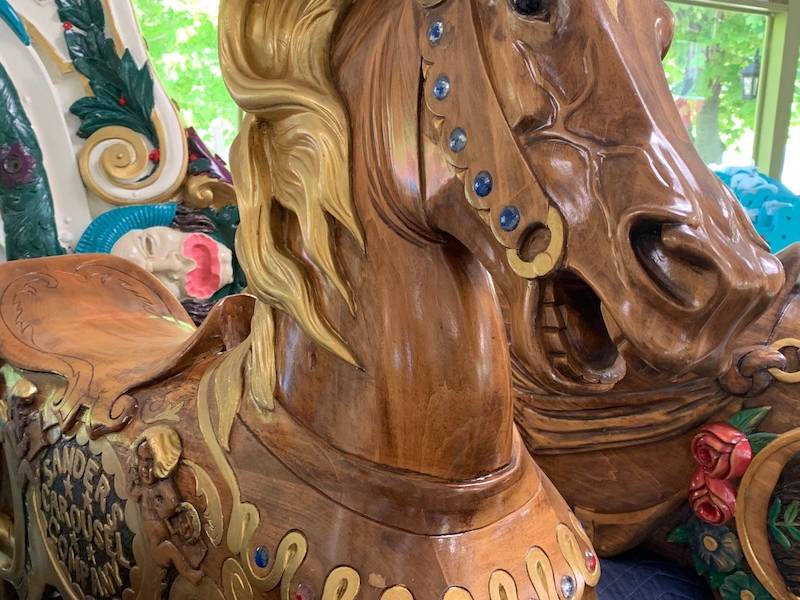 Wheels on the ground, and in their heads, keep spinning

Of the more than 4,000 carousels built in U.S. during their heyday in the late 19th and early 20th centuries, it is estimated that fewer than 150 survive.

One of them is at the Volo Auto Museum, located along Route 120 just east of the McHenry County line. The eclectic way-stop for seemingly all things on wheels added something else this winter that spins round and round: a 1920s Allan Herschell Co. carousel.

“We’ve always had a carousel in the back of our minds. The animatronics was a stepping stone,” Grams said. “We had been looking out for one for awhile and this came up in California.”

Grams said the elderly widow, who once made a living with her husband transporting the carousel from fair to fair, was thrilled to know it was going to a good home and would remain intact.

According to the International Independent Showman’s Museum in Riverview, Florida, the Allan Herschell Co. specialized in horses with rigid poses and portable machines, which enabled them to be packed and shipped easily between towns. Herschell produced more than 3,000 carved wooden carousels of various sizes, which were shipped all over the U.S. and Canada, as well as countries such as Mexico, South Africa and India.

The Allan Herschell Co., and its forerunner – the Herschell-Spillman Co. – produced wood carousels into the 1930s. The company operated from 1883 to 1955, moving to North Tonawanda, N.Y. in 1915. The former manufacturing facility – which once housed wood, paint, upholstery and machine shops – plus a roundhouse where carousels were assembled and tested – is listed on the National Register of Historic Sites. It now is home to the Herschell Carrousel Factory Museum.

The Volo Auto Museum hopes to unveil the reconstituted carousel to the public next spring. But putting what amounts to a Humpty Dumpty back together is an expensive and time-consuming process. Upon arriving in California with a 53-foot-long semi truck, they found a hodgepodge of greasy parts and no instruction manual.

“It was just pouring out parts,” Grams said. “We’ve been kind of taking this one piece at a time.”

Grams said that while nothing was “horribly damaged,” there are a myriad of issues that must be addressed before riders climb aboard.

“The wooden hard-carved horses, we’re going through each piece and completely restoring them. The big pole in the middle that everything spins around, there was a quarter-inch groove in it. It cost us $35,000 to re-machine the pole,” he said. “The carousel has ornate mirrors, as well as brass poles that have to be stripped, polished and coated. The metal beams have been sandblasted and repainted. All of the wiring must be completely redone [there are more than 650 light bulbs]. … Each carousel piece and mechanical part is being restored. It’s a monumental undertaking.”

The 35-foot-wide carousel, as well as its Wurlitzer pipe organ and other old musical devices, will be housed in a new, roughly 2,900-square-foot building. This Carousel Museum joins 33 other exhibits that range from a self-playing orchestra to Disney gallery, movie cars to historic pedal cars, antique arcade games to a steam-powered bicycle – sprinkled across 35 acres.

Grams laughed as he thought about the museum’s progression since it began on 14 acres in 1960; from rock ’n’ roll autos to a House on the Rock vibe … seemingly on cruise control.

“There are three generations of family members working in the museum and everybody brings his own flair,” Grams said. “Grandpa bought the property. My dad and his brother played with cars as a hobby and that hobby grew into collector car sales.

“I grew up with the car sales, but how many ’69 Camaros can you see and still be excited? I started getting into TV and movie cars to attract those who are not car people, and that led me to expand some more. … This was never the plan, but it is kind of how things are unfolding.”

The family’s newest idea is to create an animatronic dinosaur-themed exhibit on 10 adjacent acres it bought recently. Grams said they hope to create 50 of the behemoths in a local version of Jurassic Park.

“Car sales are our main business. That is what makes us money. The $15 we charge at the door would never support anything we’re doing,” he said. “But we love what we do over here and enjoy coming to work. That’s why we take the profits and plow it back into the business. We already have rendering drawings for the dinosaurs.”

The McHenry County Historical Society hosts its 42nd annual Cider Fest runs from 10 a.m. to 4 p.m. Oct. 6, at the museum, 6422 Main St. in Union.
Visitors are invited to participate in an apple dessert contest (registration starts at 9:30 a.m.), help with a barn-raising starting at 11:30 a.m. and listen to the Octoberfest-inspired sounds of Charlie B & Friends starting at 12:30 p.m. Experience a Civil War encampment, courtesy of the 36th Wisconsin Voluntary Infantry. Watch a blacksmith and other historic artisans ply their trade, or make cider on an old fashioned press. Buy a gorgeous mum, shop the unique White Elephant Sale and silent auction, or savor some hot cider and cider doughnuts. 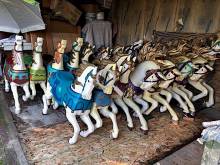