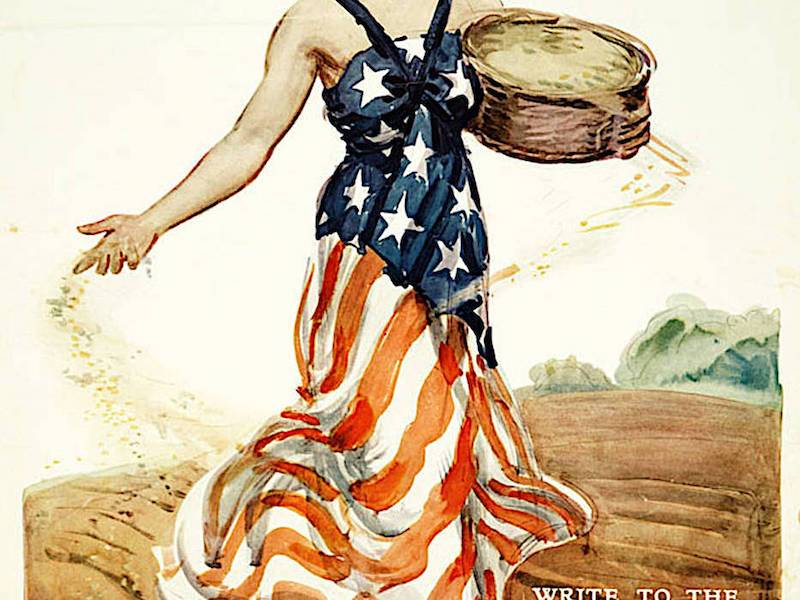 This pandemic and the subsequent social distancing requirements have led people to rediscover something your grandma considered a prerequisite: Household skills.

Stuck at home, millions of people – out of necessity or boredom – have been planting gardens, baking bread, sewing clothes and tinkering around the house like never before. An April survey by the food and beverage marking firm Hunter, of 1,005 Americans between the ages of 18 and 73, found that 54 percent are cooking more, and 46 percent are baking more. Significantly, more than half plan on continuing to do so when this COVID crisis – God willing – becomes nothing more than a bad memory.

Called “home economics” back in the day, it was rebranded in 1994 as “family and consumer sciences” to more accurately describe its complexity. Unfortunately, in too many cases it was pickled and placed on a shelf – a victim of the “college track” and a shrinking number of teachers. According to the Virginia-based American Association of  Family and Consumer Sciences, there has been a 26 percent drop in the number of FCS teachers since 2003.

It took a deadly virus to remind of what life used to be like. There was a shortage of  Mason jars and lids in the fall. Seed companies couldn’t keep up with demand, either. George C. Ball, chairman and chief executive officer of the W. Atlee Burpee & Co., told National Public Radio that the seed supplier was “flooded with vegetable orders” last year. He had seen spikes in demand during tough times before – the stock market crash of 1987 and the oil crisis of 1973 – but nothing so large and widespread.

The Home Garden Seed Association predicts the demand for seeds this spring will jump by 8 to 10 percent.

Store inventory is being stretched, as are wallets. Many people have lost their jobs or seen their hours reduced to the point where they are having to get creative in order to make ends meet. With all of this mind, the McHenry County Historical Society decided a historical, how-to approach to cooking might help satisfy this craving. Its free “Food History at Home” is a five-part, bite-sized educational series that teaches viewers about the history of particular foods. Not only will our educational team provide you with a step-by-step demonstration of cooking methods, you’ll learn about local food history using food-related artifacts from MCHS’ collection.

The first episode, Butter, is available on the historical society’s Facebook page and on our website at https://mchenrycountyhistory.org/education. It is hosted by our Volunteer & Outreach Coordinator Karolina Kowalczyk. Other episodes will be posted every other Tuesday starting Feb. 2. In order, they are about cookies, bread, canning and fermentation, and celebration of Jan Bosman’s family cookbook.

Aavang said the popularity of last summer’s virtual Cooking 101 class outpaced every other online offering. And that roster was impressive – from sewing to dog training, woodworking to a virtual county fair.
“The feedback I got was it (cooking class) became a family thing. They would all kind of gather on a Saturday morning,” Aavang said. She anticipates launching new cooking sessions for 4-H members, ages 8 to 18, starting this spring.

Jeanne Huntley, a high school home economics for 35 years in Sault Ste. Marie, Ontario, told the Associated Press that society lost something important when schools phased out home economics and shop classes in favor of computer science, robotics and STEM.

“A lot of younger people have been brought up in a consumer society – ‘You don’t fix things, you replace things,’’’ she said. ”Parents are busy too, and there’s not a lot of time to pass on those skills. But knowing you can make things and fix things gives us a sense of confidence in ourselves.’’

And along the way, you just might learn something you can really sink your teeth into.

The Society also has launched a series of free exhibit-related videos, accessible online on its website, on Facebook and on YouTube. Check them out and remember to visit MCHS’s Facebook page at 3 p.m. Feb. 1 when we livestream the drawing for latest Heritage Quilters quilt: “Fit to be Tied.” Tickets are available at www.GotHistory.org.