Waste and our environmental response

Home » Waste and our environmental response 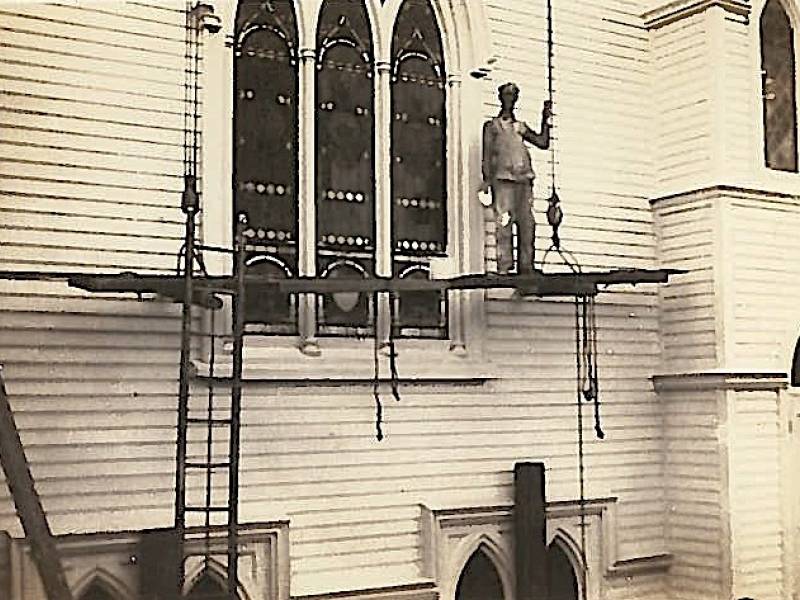 Waste and our environmental response

After six frustrating years, Waste Management Corp. in 1989 abandoned plans to build a landfill in McHenry County. They and other companies proposed numerous sites – which included 214 acres at the intersection of Routes 47 and 176, 113 acres near Huntley and 118 acres at McCue Road and Route 176. All were rejected after numerous hearings and public outcry.

Nobody wants a landfill in their backyard. It is much easier to cart your waste elsewhere, which in the case of McHenry County is Mallard Ridge Landfill in Delavan, Wis. Advanced Disposal, which operates Mallard Ridge, states on its website that the facility accepts an average of 1,100 tons of waste each day and has about eight to 12 years left before it is full. However, that does not mean that homes and businesses here have that long of a leash.

But what do you do if the destination for one’s trash no longer wants it? In November, the Rockford Register Star reported that the nonprofit Keep Northern Illinois Beautiful had more than 7 tons of plastic stored in its recycling center – with no destination in sight.

In a recent article for Vox Magazine, writer Chavie Lieber noted that the green movement – perhaps more now than ever before – is feeling, well, blue.

“You might not know where all your recycled goods go, but they’re a part of a vast ecosystem that spans the globe and contributes to a $200 billion industry. One country that used to be the biggest importer of recycled materials, especially for the U.S., is China. But last year, it stopped accepting most foreign recyclables as part of an effort to crack down on the country’s pollution,” she wrote.

No one is even thinking about potential quid pro quos. The question of a county dump, and the angst which gripped this county for the better part of 20 years, has dissipated with time. After all, it was our quest for an alternative, which really birthed a countywide recycling initiative – spearheaded by the Environmental Defenders of McHenry County.

Barb Day, who heads the Defenders’ Waste Reduction and Recycling Committee, said the problem of where to send recyclables has occupied her thoughts for almost 30 years.

“I didn’t like the idea that everything was going to China in the first place,” she said. “What got China interested is that they were sending us all of their stuff and then going back with empty boats.”

A bottle bill – whereby consumers pay a refundable surcharge up front and are reimbursed when they return it – could be in our future. However, Oberweis Dairy is one of the few businesses to successfully buck the disposal product mindset. Other approaches are the creation of more standardized recycling events involving county government.

Starting this spring, the McHenry County Department of Health and the Defenders are collaborating on four such collections. The first from 8 a.m. to noon April 13 at Harvard City Hall, 201 W. Diggins St., covers electronics, Styrofoam, fluorescent bulbs, clothing and textiles.

Permanent collection sites for consumer electronics also have been established at Elgin Recycling, 5114 Terra Cotta Ave. in Crystal Lake, and at Prairieland Disposal, 2121 S. River Road in Holiday Hills. Fees start at $15 for TVs and monitors up to 20 inches.

New McHenry County Solid Waste Manager Kelli Boeckmann said statistics gleaned from waste haulers and select businesses showed a recycling rate of 21 percent in 2018; the lion’s share of that by homeowners. That compares with 31 percent in 2015 and 28 percent in 2011.

The church, founded Feb. 6, 1839, boasts the oldest continuous congregation in McHenry County. Established by eight settlers from Virginia, it originally was known as the Presbyterian Church of Virginia, McHenry County, Ill. The present church, located at 8505 Church St. in Crystal Lake, was built in 1872 at a cost of $6,000.

The first Catholic school in the county opened in 1843, with one teacher working in a log building that also served as the church. Classes were moved to a one-room school, known as District School, in 1866.
In 1901, the School Sisters of St. Francis assumed teaching duties. As the only school in the area at that time, it became both a public and parochial school. Graduates received one diploma from the state, the other from the Rockford Diocese.

In 1950 when construction of the James C. Busch Elementary School was set to begin, the community voted to make the school public but to retain the sisters as teachers. However, in 1953 a Johnsburg resident charged that the school was being operated as a parochial school. The ensuing legal battles attracted widespread attention and only was resolved when those wanting a more faith-based education left and began attending classes at the present St. John the Baptist School.

The current building, at 2304 W. Church St. in Johnsburg, was built in 1953. Many updates have occurred since then, including the addition administrative offices, a gym and classrooms.