At war with a virus... and our response to it

Home » At war with a virus... and our response to it 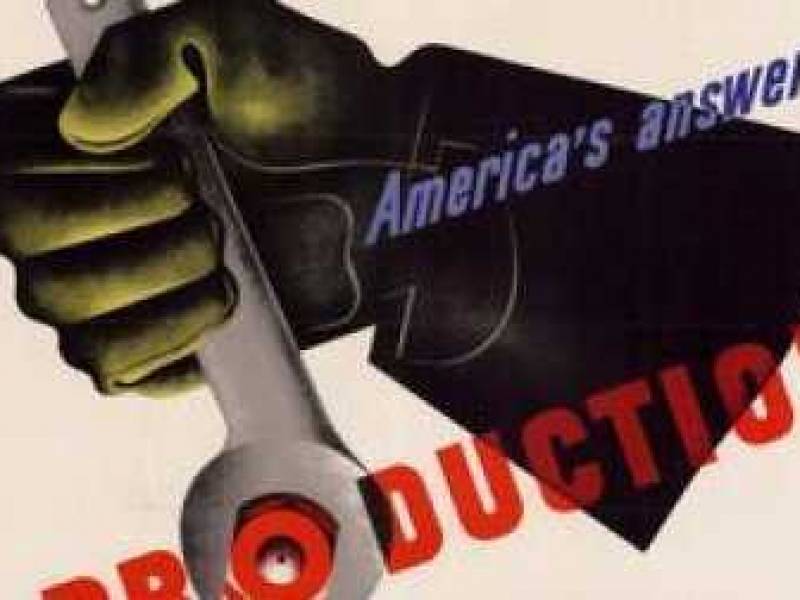 At war with a virus... and our response to it

Retooling manufacturing during a time of war – and let’s be honest, that’s what the battle against COVID-19 is, it’s nothing new. And thanks to companies nowadays, it’s nothing old.

Shortages of everything from face shields to hand sanitizer have prompted distillers, vacuum and auto manufactures, fashion designers, restaurants and retailers to step forward with plans to bolster the supply chain. The table of contents includes hand sanitizer from Rush Creek Distillery in Harvard and Copper Fiddle Distillery in Lake Zurich, masks from fashion nameplates Balenciaga and Yves Saint Laurent and “CoVent” ventilators from Dyson.

Ford, in cooperation with 3M Co. and G.E. Healthcare, to manufacture more than 100,000 plastic face shields at its Troy Design and Manufacturing Co. plant in Michigan. It also is leveraging its in-house 3-D printing capability to produce personal protective gear for health care workers and 50,000 ventilators within 100 days – plus up to 30,000 a month thereafter as needed.

Ford filled a national need twice before in the 1940s, building incubators to save premature babies and then iron lungs to help polio victims breathe. The question now is whether this life-saving initiative will be too little, too late.

During the “Arsenal of Democracy” days of World War II, Ford joined with General Motors and Chrysler to make fuselages, airplane engines, tanks, trucks and guns. Similar efforts occurred locally, as well. Admiral Corp., with plants in McHenry and Harvard, was part of the 65-member Radar-Radio Industries of Chicago.

“Chicago had a high density of manufacturing firms, and so participated in war production and logistics in many respects, from food and uniforms for the military personnel to airplanes,” author John F. McDonald wrote in “Chicago: An Economic History.” Companies, such as Western Electric and Zenith, focused on the development of sonar and radar. Galvin Manufacturing Corp., which became Motorola, created walkie-talkies.

Perry Duis and Scott LaFrance, in their 1992 book “We’ve Got a Job to Do: Chicagoans and World War II,” estimated more than 1,400 companies in metropolitan Chicago were engaged in production for the war effort – second only to Detroit.

And National Defense Advisory Commission did not just oversee the production of war machines. According to American Machinist magazine, wartime production of lathes, mills, grinders and other machine tools skyrocketed – peaking in 1942. Collectively, more machine tools were manufactured between 1940 and 1943 than had been made between 1900 and 1940.

In a horribly ironic twist, China – which originally quarantined its own citizens from COVID-19 – now is keeping “outsiders” on the outside. Such policies are nothing new in the U.S. As COVID-19 has spread across the U.S., so have reports of violence against Americans of Asian descent. It led to the creation of the Stop AAPI Hate website to report such attacks. Created by the Asian Pacific Policy & Planning Council it registered more than 1,000 incidents in less than two weeks.

During a bubonic plague in 1900, San Francisco authorities strung rope and barbed wire around a 12-square-block section of Chinatown after a Chinese immigrant was found dead in a hotel basement. In a few days the quarantine was lifted, but during the interim many Chinese laborers lost their jobs and ethnic tensions increased. We’re seeing much the same thing play out now.

Fortunately, Illinois has yet to experience anything of that magnitude. However, we were the epicenter of St. Louis encephalitis outbreak in 1975. It sickened residents in two-thirds of the state’s 102 counties – with about half of those cases in Cook County. This mosquito-borne disease was the first in the state since malaria infected more than 300 Illinoisans in 1930, and it resulted in 578 encephalitis cases and 47 deaths.

The Illinois Department of Public Health reassigned staff in order to meet the threat. But then – like now – many people worked 14- to 16-hour days, seven days a week for the two months until the outbreak subsided in mid-October. We can only pray that this latest epidemic ravaging this country and world will go as “gently” into that good night. Somehow, I doubt it.
We are living in a different world today; a world of “social distancing,” “PPE” and drive-up windows, of video conferencing and online educating. Will it become our new normal?

In the meantime, we are girding ourselves against the unwelcome prospect of staying indoors and outside the pulse of public activity through the end of April … possibly longer. So, when the curtain does rise, it will be like prospectors rushing to California. But for now, quarantines could very well define our time at work and at play.

It is the purview of the Illinois Department of Public Health to declare new or modifying existing quarantines – provided it provides notice and legal recourse to those affected. Violators can be charged with a Class A misdemeanor, punishable by up to a year in jail and fine of between $75 and $2,500.

According to the Centers for Disease Control and Prevention, outbreaks of yellow fever prompted Congress to pass federal quarantine legislation in 1878. Cholera from passenger ships arriving from Europe, resulted in the federal government gaining additional quarantine authority. The following year, in 1893, Congress passed legislation that further clarified the federal role. However, it was the Public Health Service Act of 1944 that clearly established the federal government’s quarantine authority and gave the federal Public Health Service responsibility for preventing the introduction, transmission and spread of communicable diseases here from foreign countries.

The CDC has authority to exercise quarantine and isolation powers for cholera; diphtheria; infectious tuberculosis; plague; smallpox; yellow fever; viral hemorrhagic fevers; influenza caused by new or re-emergent flu viruses that are causing, or have the potential to cause, a pandemic; and severe acute respiratory syndromes (which may include COVID-19). In the 1970s, the CDC redirected its efforts from routine inspection to more proactive intervention. This included an enhanced surveillance system.

In 1995, only seven quarantine stations covered all U.S. ports. The number of stations expanded to 18 after the severe acute respiratory syndrome epidemic of 2003. The Chicago office oversees Illinois, Iowa, Wisconsin and Indiana.

I can only imagine what it is like being a high school senior nowadays. You’ve lost sports. You’ve lost prom. You’ll most likely lose a graduation ceremony. But there is something positive you can do while you are cooling your heels at home, between online school lessons, and streaming YouTube videos: You can apply, through May 8, for the $1,000 Nancy Fike Scholarship. This year’s topic marks the 50th anniversary of Earth Day – credited for launching the modern environmental movement.
The McHenry County Historical Society presents the scholarship each year to a graduating senior from a McHenry County high school who plans to study education, history or the social sciences. For information about it and how to apply online or by mail, visit www.gothistory.org.

• Kurt Begalka is the administrator for the McHenry County Historical Society & Museum. He may be reached at kurt@mchenrycountyhistory.org.