Voting is a right worth exercising, preserving

Home » Voting is a right worth exercising, preserving 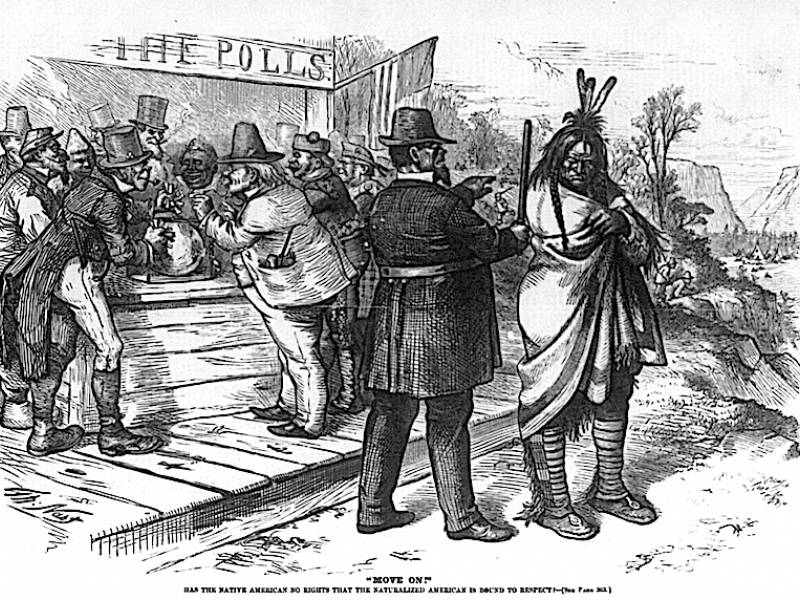 Voting is a right worth exercising, preserving

The last consolidated election occurred in November 2020, and we’re still talking about it. It’s that piece of gum stuck on the bottom of your shoe; the neighbor dog’s doo-doo caught in the treads of your lawn tactor tire.

It’s hard to get off … and it smells funny.

But what really stinks are efforts to unfairly curb voting at a time when the “voice of the people” has seldom mattered more. According to the Brennan Center for Justice, 253 bills introduced in 43 states are designed to curb voter participation. The restrictions adopted in Georgia far outstrip the commonsense identity rules – be it driver’s license or a voter’s card – that we’ve become accustomed to. Voters must wait until 11 weeks before an election to request a mail-in ballot a mail-in ballot, rather than 180 days. And forget about handing food and water to those waiting hours in line to vote.

Drop boxes for absentee ballots also will become harder to access. While it requires all of Georgia’s 159 counties to have at least one box, it caps the number at the lesser of one per 100,000 active voters or one for every early voting site. And it moves them inside government buildings rather than outside. And they will now be accessible during voting days and hours only, rather than around the clock.

Americans have seen this type of thing before – initially linking voting to property ownership and then later to a “poll tax.” It required voters to pay a fee before casting their ballots. Twice affirmed in court, the practice lasted it was specifically outlawed by the 25th Amendment to the Constitution – adopted in 1964.

Other discriminatory voting practices, including racially motivated rules that made registering to vote harder, were outlawed by the Voting Rights Act of 1965. It was followed by a 1970 amendment which prohibited the use of literacy tests as a determining factor for voting. And finally, in more recent years, there have been controversial policies to purge voters from the roles in states such as Florida, Wisconsin, Ohio, New York and – of course – Georgia.

In a special report on the practice, the Brennan Center put it this way:

“Voter registration lists, also called voter rolls, are the gateway to voting. A citizen typically cannot cast a vote that will count unless her name appears on the voter registration rolls. Yet state and local officials regularly remove – or “purge” – citizens from voter rolls. In fact, 39 states and the District of Columbia reported purging more than 13 million voters from registration rolls between 2004 and 2006.

“… Precise and carefully conducted purges can remove duplicate names, and people who have moved, died, or are otherwise ineligible. Far too frequently, however, eligible, registered citizens show up to vote and discover their names have been removed from the voter lists.”

Will the proposed, federal “For the People Act” (H.R.1) bring uniformity to a fractured voting system or make it more unreliable? It depends who you listen to. But I’d like to imagine that common sense will prevail concerning such a basic tenet of democracy.

Then, again, I thought the same thing about wearing masks.

While perusing the county voter guide for the April 6 election, I noticed the dearth of party aligned politicians. In the frightfully few races that were true races, voters will choose from a slew of Independent candidates. And here I thought I was among a shrinking minority.

About the only place one will find identifiable Republicans and Democrats squaring off is in several townships. Those of you keeping up with current events can no doubt guess that the list includes Algonquin, McHenry, Nunda and Grafton.

County Clerk Joe Tirio said managing this election, encompassing 212 precincts with a smorgasbord of governmental ground rules, is proving quite a challenge.

“This whole municipal cycle is a complete wreck,” he said. “We may have 3,000 different variations of ballots.”

Matt Dietrich, spokesman for the Illinois State Board of Elections, said that the burgeoning number of Independent candidates is not unusual for a consolidated election.

“Most municipalities in Illinois run non-partisan city/village elections in which all candidates are considered independent,” Dietrich said. “This is done largely to avoid having to hold a primary in February. In these municipalities, a primary is required only if there are five or more times the number of candidates for an office (for example, five candidates for mayor or 15 candidates vying for three open council seats). If they run partisan elections, nominees must be selected from each party in a primary ahead of the general consolidated election.”

All that is true, but I never recall seeing the pendulum swing so far … to the center. Perhaps they are finally getting tired of all the angst.

According to election records, just 2 percent of the 140,783 eligible to vote in the February primary voted. Here’s hoping democracy is more all-encompassing on April 6.

According to the Washington-based Freedom House, 2019 was the 14th consecutive year of declining global freedoms. The research and advocacy nonprofit, which focuses on democracy, political freedom and human rights, gives the United States a grade of 83 out of 100 in its “Freedom in the World” annual report. That puts us on par with democracies in Romania, Croatia and Panama.

It recommends lowering barriers to voting, curbing the influence of money in politics by tightening campaign finance laws, and reducing polarization by establishing independent redistricting commissions. The latter, which impacts the drawing of legislative boundaries, is something we can expect to hear a lot about in Illinois.

Join the McHenry County Historical Society for a free, online presentation of “Historic Instruments of Illinois” at 7 p.m. Monday, April 5. Pre-registration is required at GotHistory.org.

Published April 5, 2021, in the Northwest Herald