Sweet history something to savor

Home » Sweet history something to savor 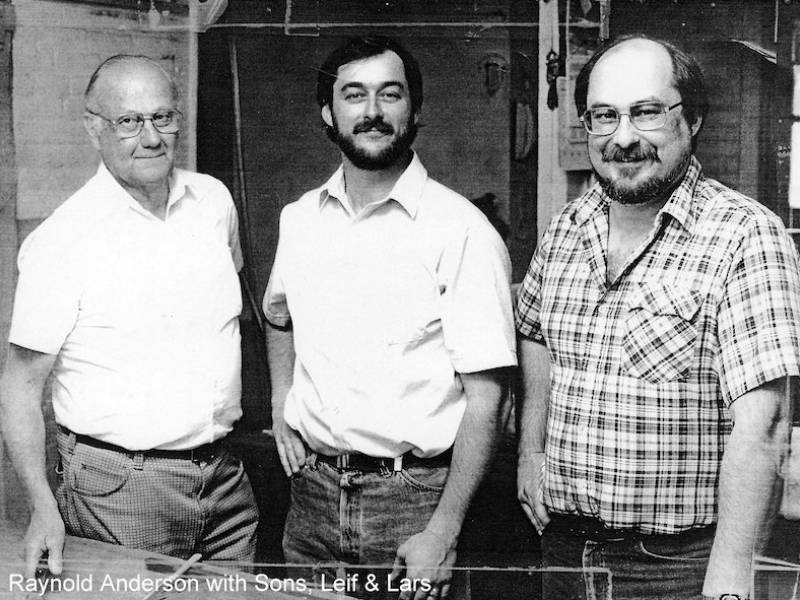 Sweet history something to savor

Cutline:
“I’ve been working here at least 25 years,” Katie Anderson-Tedder said. “You don’t ever sit down. We change the light bulbs and mop the floors, too. … I look at my daughter, Georgia, who is 10 months old, and wonder if she will be a part of this. Will her kids be a part of this?”

Anderson’s Candy Shop always has been a family affair – even before Arthur and Gertrude Anderson relocated their business from Chicago to Richmond in 1926.

A century later, the iconic gourmet confectioner is hosting an anniversary party from 9 a.m. to 6 p.m. Saturday and Sunday, June 29 and 30, at the store, 10301 N. Main St. Festivities include live music, children’s activities, a community dance, a chocolate pancake breakfast and historical displays in conjunction with the McHenry County Historical Society. For a full schedule visit Tinyurl.com/andersons100.

“I just really hope that it is well attended,” said Katie Anderson-Tedder, daughter of owner Leif Anderson – Arthur’s grandson. “It would be very heartwarming for my dad, who has poured 70 years of his life into this. … We really want this to be a community celebration of our 100 years.”

Surprisingly little has changed in the candy making process – from the superior ingredients to the equipment to proven techniques. Anderson-Tedder said her father spends about a quarter of his time every year researching and sourcing ingredients for quality and price. While they look local first, blind taste tests have led them all the way to Madagascar for bourbon vanilla.

“We look for more than color and flavor,” Anderson-Tedder said. “We judge feel, how it breaks down in your mouth and how it interacts with the palette.”

The family takes an old-fashioned approach, right down to their equipment. When the original 1919 cook stove bought the farm in 2016, the family called the manufacturer and had it custom make a duplicate.

They use the same scales, knives, copper kettle (for the toffee and buttercream) and the dining room table, Arthur and Gertrude brought with them from Chicago. Made in the 1920s, portions of the top were cut out and replaced with marble slabs. That is where employees still work up and hand dip the chocolates – no small feat. It can take three years to become fully trained.

“Being a chocolate dipper is very intense,” Anderson-Tedder said. “You need uniformity and speed, but you also have to learn how to control the chocolate, that is sometimes very thick and sometimes very runny. … You need the right thickness and strength. It must be shiny, hold the mark; and it must have great mouth feel.”

Unlike commercial chocolates, Anderson’s repertoire is only between 12 and 22 weeks old. Some, like the cherry cordials, actually are at their peak after a month.

“Chocolate is extremely stable and lasts a long time. The butterfat, sugar and corn syrup act as natural preservatives,” Anderson-Tedder said – not that it lasts that long. “We don’t want anyone to bite into one of our candies and say anything other than ‘Wow. That is amazing!’”

•••
The Midwest High Speed Rail Association is advocating for a “fast-track initiative” that would create a network of reliable passenger trains branching out from Chicago. The project would use existing rail – the old Black Hawk line, formerly owned by the now-bankrupt Illinois Central – and, potentially, a 33,100-square-foot, century old former brewery and dairy owned by the village of Huntley.

But there are plenty of obstacles that could derail the plan. Chief among them is a call by Amtrak to restudy the two proposed options from Chicago to Rockford: a “southern route” through South Elgin and Genoa or a “northern route” through Huntley and Belvidere. By all accounts the latter would serve more passengers, provide better on-time service and spark more economic development.

The northern route also is more likely to have better cooperation from the railroad freight company, Union Pacific. Canadian National, which owns the southern route, balked at a deal with Amtrak the last time this idea was proposed in 2015 … without a budgetary line item. The new state capital bill designates $275 million to the Illinois Department of Transportation specifically for a “multi-modal transportation bond fund” covering “all costs associated with the Chicago to Rockford Intercity passenger rail expansion.”
Furthermore, following upgrades to the existing rail, Metra could parlay the larger population along the McHenry County line to piggyback commuter service into Chicago. But none of this unless county residents form a united front, proponents told those gathered June 4 at the Huntley Area Public Library.

“We can’t let politics get in the way,” said Angie Bodine, a Belvidere resident and former statehouse candidate who helping lead the effort. “This is a grassroots project. We have the power. We have to persuade our elected officials that is what we demand.”

After 30 years of lobbying, advocate Peter Janko is cautiously optimistic Amtrak service just might happen here. To find out how you get involved, visit ww.facebook.com/Amtrak2Huntley or the Rail Alliance Initiative of Northern Illinois
“Now we’re seeing a light at the end of the tunnel,” Janko said. “I really hope it’s not a train.”

•••
A life-sized bust of Abraham Lincoln, created by Chicago sculptors Anna and Jeffrey Koh Varilla, is part to this month’s Summer Solstice Art Exhibition in Woodstock.

“In the case of Abraham Lincoln, we relied on actual photographs of him,” Jeffrey Varilla said. “It’s interesting that photography had recently been invented and was there in the 1860s, documenting the events and people of those times.”

The couple also relied on a life mask of Lincoln made by Leonard Volkin in 1860, just prior to Lincoln being nominated for president. The process, in which Volk applied a mold material directly to Lincoln’s face and head, took about an hour.

The exhibition, curated by Gregory Gantner and Gabriel Karagianis, is open from 11 a.m. to 5 p.m. Wednesday through Sunday at at the Old Courthouse Arts Center, 1010 N. Johnson St. For information call 815-338-4525. 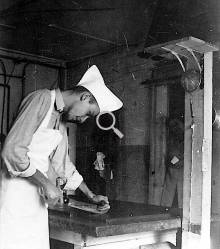