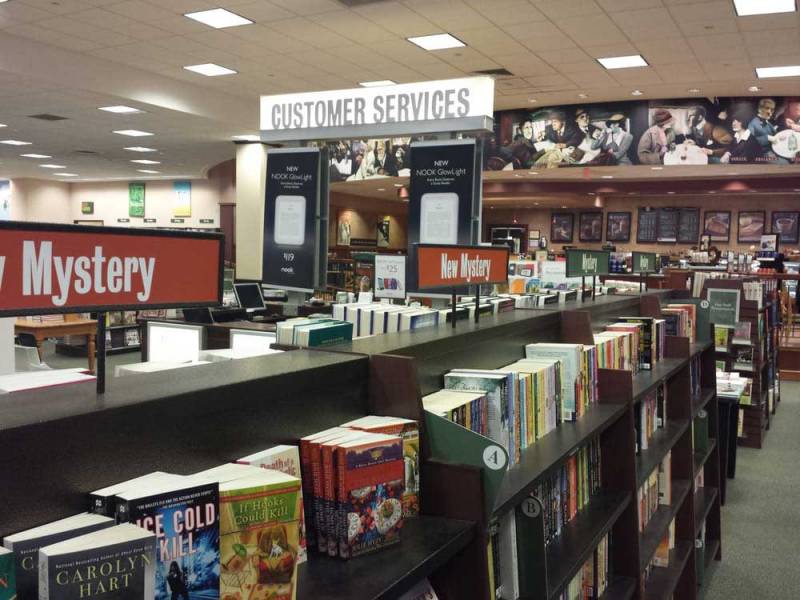 Like many of you, I was surprised – and a little saddened – to learn that the Crystal Lake Barnes & Noble will vacate its estimated 19,000-square-foot location in August.

Crystal Lake Community Development Director Michelle Rentzsch said the building’s owner, Inland Real Estate Corp. of Oakbrook, is not renewing its lease with Barnes & Noble, and it instead will rent the space to Binny’s Beverage Depot.

Efforts to reach an Inland representative for the Bohl Farm Marketplace retail center were unsuccessful.

Rentzsch said Barnes & Noble appears to bear no ill will and wants to remain in an IRC retail center within Crystal Lake – likely in a space about half the size it occupies now. That limits potential destinations to either Bohl Farm or Crystal Point. Inland’s website lists only 4,200 square feet available in the latter and no vacant space at Bohl Farm.

Rentzsch said the city has received a lot of feedback from residents concerned that this could be the bookstore’s final chapter in town.

“They love Crystal Lake, and they are loved,” she said. “They know that.”

The company attributed its financial woes to higher advertising expenses and less foot traffic. But there is something more systemic going on.

But in this Amazon-infused industry, is it enough?

According to its annual report, the company closed six stores in fiscal 2018, 10 in fiscal 2017 and eight the year before that.

National Public Radio reported last spring that between 2009 and 2015, the number of independent bookstores grew by 35 percent. But the retail outlook has not been quite so chipper since then.

In a November 2018 report, Los Angeles-based IBISWorld predicted a checkered future: “Despite a strengthening domestic economy and rising per capita disposable income, the industry has continued to decline over the five years to 2018, with revenue expected to decline an annualized 2.5 percent to $12.5 billion,” the market analysts wrote. “This fall in industry revenue has slowed throughout the period, with a modest drop of 0.1 percent in 2018. Even with the intense competition in a declining industry, some small, independent operators with a loyal local following have flourished, as many consumers still prefer print books over e-books.”

When it comes to literature, it seems, the industry is hard to read.

• Kurt Begalka is administrator of the McHenry County Historical Society & Museum. He can be reached at kurt@mchenrycountyhistory.org.
Published Jan. 22, 2019 in the Northwest Herald