Society thrives built on the bricks, mortar of public involvement 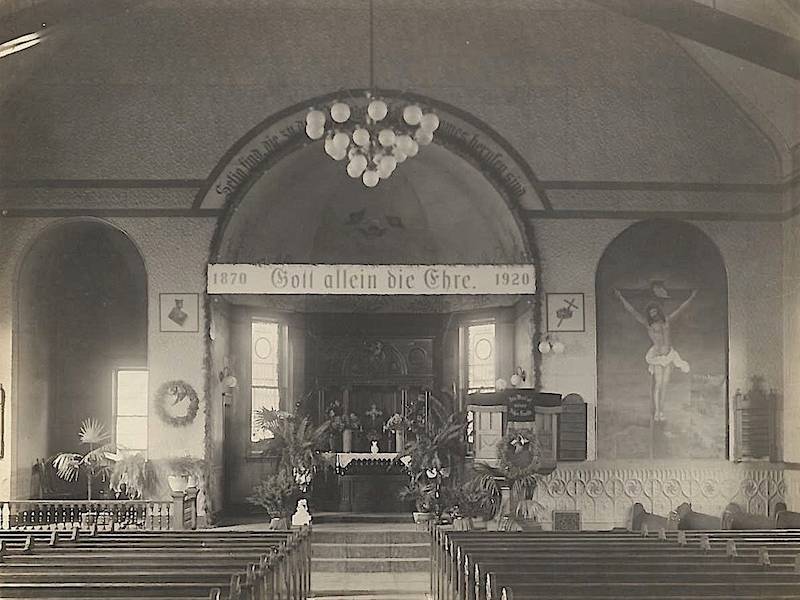 Society thrives built on the bricks, mortar of public involvement

I am encouraged that the latest redevelopment of a historic structure might well become the norm in McHenry County and not an aberration.

The Crystal Lake City Council overrode its planning commission Tuesday night and approved a plan, pending a little bit of internal paperwork, that will convert the historic Immanuel Lutheran Church and school into apartments.

Church Street Apartments consists of 36 units with 28 in the main school building, and the additional eight in three other buildings located on the 2.46 acres. The density of 13.8 units an acre, compared to nine units, triggered action. But rather than rezone the property from R-2 single family and R-3A two family, to multifamily, the council opted for planned unit development. This keeps the underlying zoning the same and consequently does not set a precedent should another property owner wish to increase density in the future.

“It’s a creative way to reuse the property,” Council Member Ellen Brady said. “Somehow we’ll find a way to make it work for the neighbors.”

The council also acknowledged the concerns from one member, Ralph Dawson, by requiring True North Properties and its president, George Ieremciuc, to return a neighborhood feel to Maple Street to the north – eliminating one or both driveways and four parking spaces in the parkway that served the 9,100-square-foot church and 38,000-square-foot school on McHenry Avenue.

Petitioner attorney Joe Gottemoller presented numerous statistics and maps to bolster his case for higher density. Only Dawson remained unswayed by the evidence, predicting it will “fundamentally alter the neighborhood.”

Still, it appears everyone got some of what they wanted. And everyone can take comfort in knowing the exteriors of the 1895 church and the 1906 school will be saved. The building footprint also will not change. It remains to be seen how traffic will be affected, although recommended changes to control ingress and egress will have a lot to do with that.

“This is part of the redevelopment of Crystal Lake,” said Mayor Aaron Shepley, who has lived a block from the church property since 1972. “I’ve joked that everything in Crystal Lake used to be something else.”

While Shepley conceded that the upscale housing plan would affect traffic patterns and impact people, he urged residents to keep their eye on the prize: a remarkable piece of history repurposed and revitalized.

“As a church we are very much in support of the project,” the Rev. Larry Tieman, senior pastor at Immanuel, told the council. “If the school is denied and we can’t find an alternative for that, I don’t know what happens to that building.”
•••
A recent report by the American Association for State and Local History published the National Visitation Report. A survey of more 1,250 institutions around the country, found that visits to history organizations increased nearly 6 percent between 2013 and 2018.

“Further, our analysis has revealed that some of the strongest visitation growth occurred at the small history organizations who make up more than half of the history field,” the report stated. “Historical societies in the Midwest experienced the biggest gains, increasing 40.7 percent overall increase – one of the single largest increases of any category.”

A 2019 survey by Conner Prairie in central Indiana found, among other things, that 91 percent of Americans believe it is important for people to learn about history and build a strong foundation for the future. Eighty-two percent agree that it is important for history museums to create a sense of place and community for civil discourse and greater understanding.

“At a time when our nation feels increasingly isolated and divided, it’s encouraging to see an overwhelming majority of Americans looking to our past to inform our shared future,” said Norman Burns, president and CEO of Conner Prairie, at the time. “History museums have a key role to play here because we are as relevant to the future as we are to the past. We must feed the increasing appetite Americans have for understanding history, finding a sense of place and realizing a brighter future.”

History museums experienced some of the strongest growth, according to AASLH, with the number of visits climbing 10.7 percent since 2013. The McHenry County Historical Museum’s new season begins in May? Are you ready to make a little history of your own?

The Newseum, the Washington, D.C. interactive museum dedicated to the First Amendment and journalism, closed its doors Dec. 31. Like many of the publications it celebrated, the 250,000-square-foot, sweeping glass structure along Pennsylvania Avenue, struggled financially. It becomes another repurposed edifice to journalism – joining the San Francisco Chronicle building, the elegant Detroit News building, the dashing Tribune Tower and the riverfront Chicago Sun-Times headquarters. Ironically, the latter was torn down to make way for Trump Tower.

I’ll let that sink in for a moment.

No wonder the Center for Innovation and Sustainability in Local Media, at the University of North Carolina at Chapel Hill’s School of Media and Journalism, is bemoaning the increase in “news deserts” across America. Want to find out what happened at the city council meeting last night? Better ask Madge at the corner coffee shop. There was no paper to cover it.

More than one in five papers have closed during the past decade. A report released last fall concluded there are now about 6,800 papers – 2,100 fewer than were publishing in 2004.

“Half of the 3,143 counties in the country now have only one newspaper, usually a small weekly, attempting to cover its various communities,” the report concluded. “Almost 200 counties in the country have no newspaper at all. The people with the least access to local news are often the most vulnerable – the poorest, least educated and most isolated.”

In this age of “fake news,” ghost reporting and media consolidation, the repercussions from such a trend should terrify you.

“Numerous government and foundation studies have found that for a community to reach its full potential, it must be civically healthy and inclusive,” the UNC report states. “Economists call public service journalism a ‘public good’ because the information conveyed through news stories helps guide decision-making in our society.”

The McHenry County Historical Society will once again participate in this year’s “Get Your Hero On” Human Race April 26 at McHenry County College. Our goal is to raise funds for the annual Nancy Fike Scholarship. Established in 2012, we award $1,000 to a high school senior who has an interest in history, education or the social sciences – including journalism. The application deadline for the scholarship is April 10. For details, visit GotHistory.org.